8 June 1949 George Orwell’s novel ‘1984’ was first published.  Globally accepted to be a ‘must read’ for all it coined the term Big Brother, as the omnipresent government among other things held constant surveillance on its citizens, the book gave us the phrase ‘Big Brother is watching you’.  Over the years many people, mostly dubbed conspiracy crackpots, I mean theorists, would spout out that our governments are watching, spying and collecting information on each and every one of us and these people were by the by largely ignored (and for good reason).  Of course Governments kept tabs on its citizens and visitors should there be just cause, how else were certain criminals and criminal groups/organisations brought to justice? But as for you and me, well we have nothing to fear, nothing to hide and therefore nothing for our Governments to keep tabs on.  With the no just cause the vast populous of countries were ignored to get on with their lives knowing that the Government was tracking and capturing evil doers.

Why a security program needs a logo I do not know

Now fast forward to 6 June 2013; news breaks about the existence of PRISM, leaked by NSA contractor Edward Snowden via The Guardian and The Washington Post newspapers.  Damn, if only they held back the headlines for two days, that would have had the conspiracy theorists in overdrive.  For those of you who have been living under a rock, or China (and if you are still in China you will still not know what’s going on or be reading this article… so who am I writing this for?  Anyway…), PRISM is a clandestine national security electronic surveillance program operated by the United States National Security Agency since 2007.  The Programs actual title is US-984XN, I kid you not, 984… as in 1984?

Get your tin foil hats on right now people we are in for a ride.  Basically the NSA have been ordering all electronic communication companies (phones and internet providers etc.) to hand over every bit of information that passed through their servers on a daily basis.  That’s right our American cousins, your elected Government has (allegedly) for the past 6 years been collecting copies of every email and text message you have ever sent, along with recording every phone call you have made and internet site you have visited… no point in deleting that internet history now or switching to ‘in private’ browsing as they already know and always have.   This led to reports that other governments being involved, including the United Kingdom’s Government Communications Headquarters (GCHQ); however, William Vague, I mean Hague (the Foreign Secretary) cannot confirm nor deny knowing of, using or having access to PRISM or anything similar for national security reasons (or he just doesn’t know, I wouldn’t put is past him).

This brought a lot of rage on both sides of the Atlantic with regard issues on civil rights and privacy.  With the backlash in full flow, many communication companies quickly distanced themselves stating that they have not allowed the United States government access to their servers. 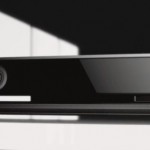 Then 10 June 2013 during E3 Microsoft unveiled their latest Xbox, the Xbox One, a machine that they claim is more than just a games console and will be the ultimate in living room entertainment devices (don’t worry this is still the same story).  However, this did not come without controversy as among all the razzmatazz, Microsoft announced that the Xbox One will come with an all new Kinect.  For the majority of people this was great news, with its Real Vision, Real Motion and Real Voice, this is to change how we not only play games but also interact with our televisions.  Then the news dropped, the Kinect will be on at all times, even when in standby, it will be on and will be watching us at all times, recording everything we say and do while also recognising who comes and goes in the room.  All this information will be uploaded to Microsofts’ servers and stored for God knows what reason or even for how long.  That’s right, Big Brother has a Little Brother and we shall call him Microsoft.  Enter the Nerd rage, once again with regard civil rights and privacy.

Now don’t get me wrong I understand the need for civil rights and privacy, I want them and I want to have a private life that is…well private.  However; can we really jump up and down, banging our drums while screaming blue murder?  Well let me give you two sides of the coin so that you can judge yourself.  Firstly in today’s world, with terrorist threats and a growing number of plain old psychopaths roaming the streets, with probable cause and a courts or other legislative branches order, certain peoples data has and will always be accessed and this is something we will can all agree with (whether anything is done with this information is another matter).