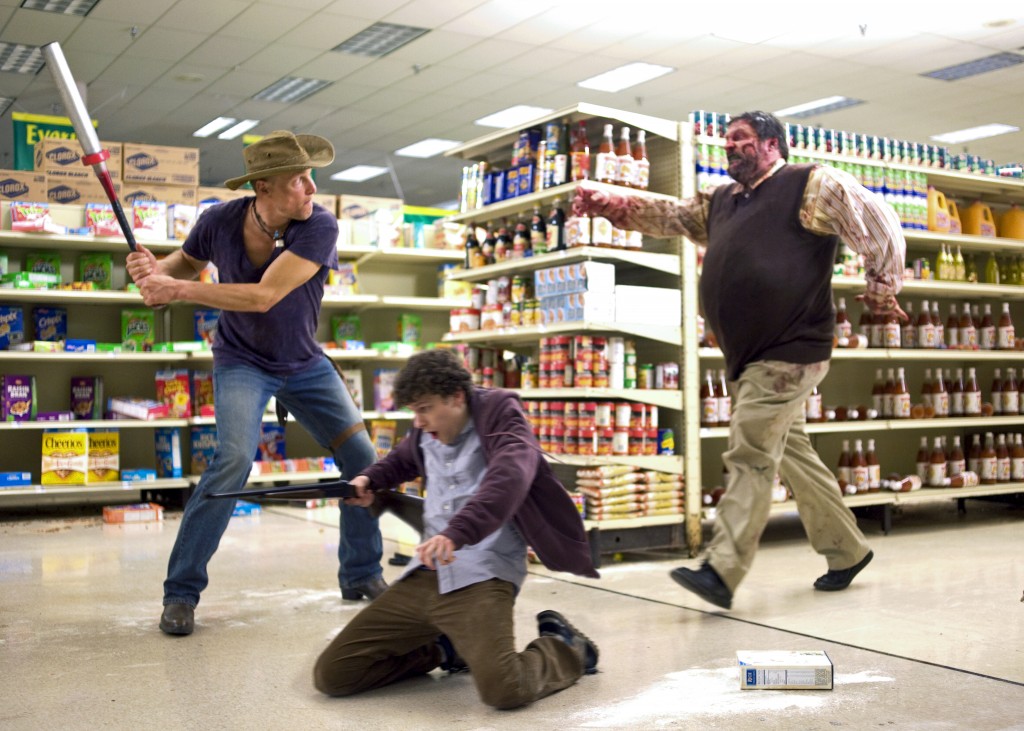 When Zombieland was released in 2009, it was a smash hit. Its vicious running zombies and pop culture-inspired humour (largely helped by Jesse Eisenberg‘s running commentary, and one of the best cameos in cinema history) was a winning combination for this twinkie-fuelled undead road trip movie.

The rights to a series was picked up by Amazon, and with a pilot directed by Tucker & Dale vs Evil’s Eli Craig, it had some promise. However, when Amazon debuted the pilot in 2013, it failed to hit the mark and subsequently the series was canned.

Talks of a sequel to Zombieland appeared to vanish, with not even a hint of there being any interest in a follow up, thanks to Amazon’s failed attempt.

Then, a little movie called Deadpool happened, and the world has been singing the praises of the movie’s writers Rhett Reese and Paul Wernick (and rightly so).

So Reese and Wernick were also responsible for Zombieland… and now it seems the project has come out of mothballs to be “reanimated” once more. They dropped this very welcome bombshell when speaking with Kevin Smith (all hail our mightly geek overlord) on AMC’s Geeking Out:

“that is breaking news that we’re on Zombieland 2 right now. We’re sitting with Woody [Harrelson] tomorrow and are going to sort of walk him through some of the stuff we want to do. All the cast is pretty excited.”

Let me just draw your attention to that last sentence. “ALL THE CAST is pretty excited”. Does that mean that all of the original cast will be returning? One can only dream!

What do you think, Geeks? Are you excited for more Zombie Kills of the Week?