by Peter Ray Allison on 19/10/2015
Details
PublishersFiction
By

Sadly all too short that I was left demanding more. I would have also liked to have seen the consequences more fully explored.

Dead Leaves is a stunning novella about a time that would not have been so scary if it were not real.

Dead Leaves may technically be considered a horror story – there is certainly enough injury and abuse for it to be classified as such – it is more accurately a novella about horror.

The book focuses on three friends from Derby during October 1983, at the height of the video-nasty moral-panic. It is to this backdrop that they try to find a copy of the Evil Dead to watch on video.

Barker immerses the reader into the world of the Midlands during that time, refusing to give into nostalgia by glossing over the prejudices of that time. The Derby we see is vastly different to the city today, yet it is one that many will recognise. For those of a certain age, who lived their formative years during the era of the Video Nasty, will recall what the towns and cities were like.

In the introduction Barker admits that he took some liberty with places and quotes in order to condense them down into the brief timeframe (about three days) of the story. To be honest, if Barker had not told us this, I would not have know, as they are all used to add atmosphere to the tale, rather than driving the plot.

What do stand out are the relationships between the three principal characters, as well as the girlfriend of one of the friends, who is never simply written as “just the girl” but a character in her own right. The friendship between the three friends feels natural and each is suitably distinct so that there is never any confusion.

As the book continues, and the search by the three friends grows ever more desperate, we also explore the family life of the principal character. In particular, we witness his struggle between wanting to make films for a living and his parents demanding that he finds a job to pay the bills.

My only criticism with Dead Leaves is that at just over 37,000 words long, it is a brief novel. I would have enjoyed greater exploration into that time, including consequences of his decision at the end, as well as wanting to see the family life of the others. 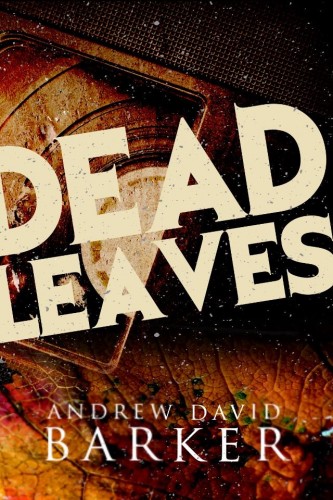 Science Fiction: the final frontier. These are the articles of the freelance journalist Peter Ray Allison. His continuing mission: to explore strange new realms of fiction, to seek out new genres and new visions of the future, to boldly geek where no one has geeked before.
More Goodness
BookeightiesEvil Dead