Waller is clearly a sadist and yet supposed to be one of the 'good guys'. 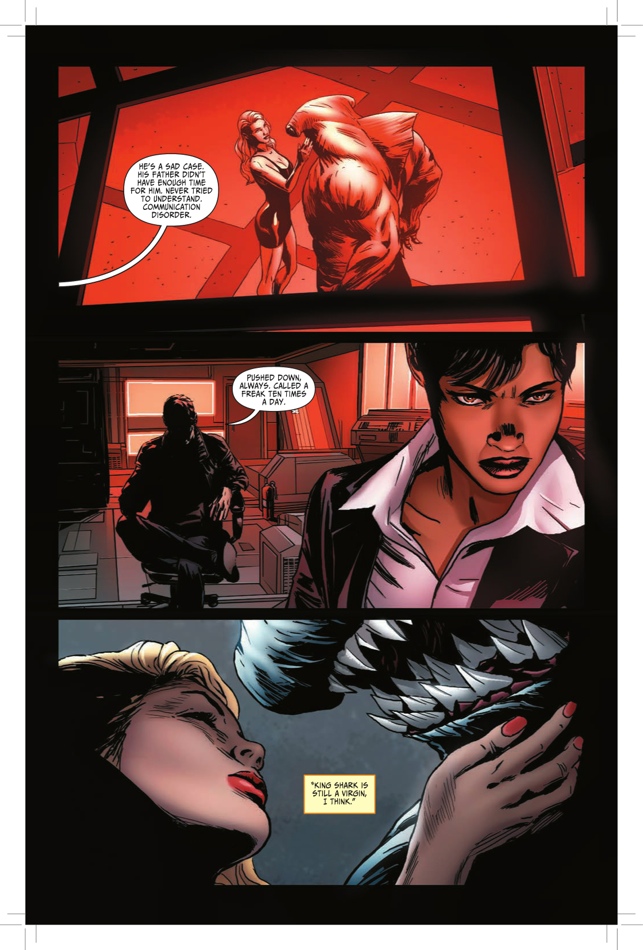 The remaining members of the team are in lockdown in Belle Reve, where Amanda Waller and a mysterious individual are discussing the different team members including some new recruits. Waller also takes the opportunity to punish the team for their recent insubordination and reveals an unpleasant truth.

There’s a new team on Suicide Squad with new writer Ales Kot and new artist Patrick Zircher and already this has made a big difference just on the evidence of this, their first issue.

What’s immediate is the characters have more shades to them than previously – King Shark is seen reading a book ‘The Essential Rumi’ and has apparently turned vegan. Whilst this could have been played for laughs, and as King Shark’s past is eluded to he cuts a rather sympathetic and tragic figure rather than a monster.

A scene with Unknown Soldier, Harley Quinn and Voltaic shows that Unknown Soldier is clearly on side with Waller – he is introduced as her ‘hound’ at the start, after he savagely beats Voltaic for trying to pry into his past.

Deadshot meanwhile is suffering a Clockwork Orange–style nightmare as he is told that even if he is killed in action, he (along with the rest of the team) can be revived thanks to a mysterious new serum at Waller’s disposal. 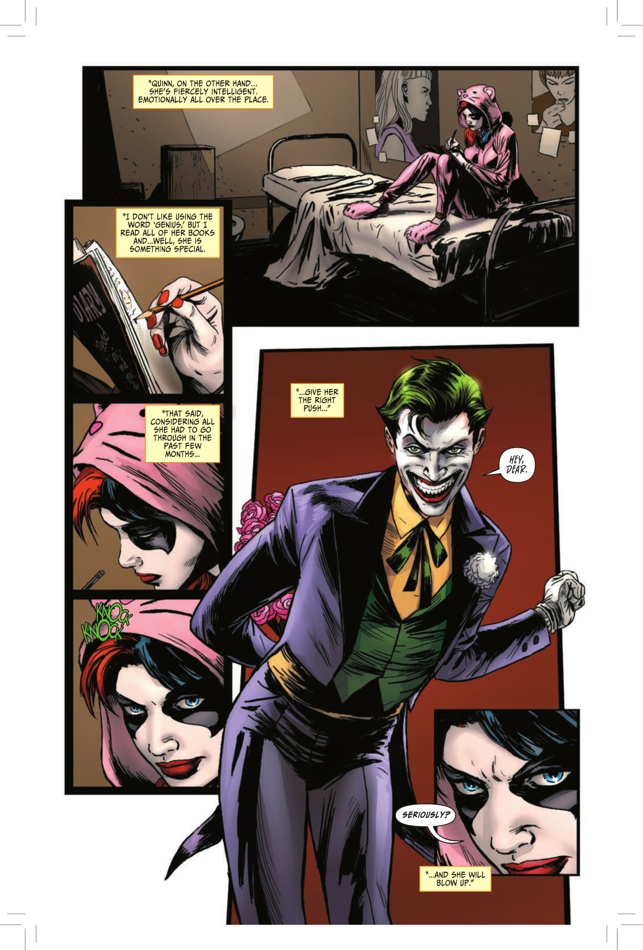 Waller also manipulates Harley by using a member of the Die Laughing gang to impersonate The Joker only for Unknown Soldier to ‘save her’ and gain her trust.

There are two new members of the team who feature only in passing; David Graves, a wheelchair-bound writer turned supervillian and Cheetah.

These new shades of character work add extra dimensions, especially in the case of King Shark who has previously been a clichéd, dumb tank character.

In doing this though it also highlights how much of a sociopathic sadist Waller is – the brutal manipulation and torture of the team is supposed to be acceptable due to the team being made up of villians, however in this issue it’s pretty clear who is the biggest monster of them all and it’s definitely not King Shark.

Whether Kot is intending to make the team sympathetic or not, it’s hard to side with Waller leaving you rooting for the bad guys.

Patrick Zircher impresses with his debut and works in some genuine emotion in surprising places, most notably in both the treatment of King Shark – the panel of him sat reading has shades of Marvel‘s Beast with both power and intelligence on display – and Harley, with the entire relationship dynamic between Harley and The Joker being summed up in just one panel featuring a close up of her eyes.

Suicide Squad definitely has a bit of a bad reputation, it’s been woefully inconsistent since the beginning and whilst Waller is definitely a problem, Kot has definitely jolted a spark of life into this title and the reveal of who Waller’s mystery guest is definitely holds potential.

Andy Haigh started writing to counteract the brain atrophying effects of Retail Hell, now it's an addiction. Andy is an unrepentant sequential art absorbist and comics are one of his passions. Other interests include Film, Music, Science Fiction and Horror novels and quality TV like Game of Thrones. He can talk about these at great length if only someone would listen. He lives a somewhat hermit like life in The Shire, spends too much time on social media and is still waiting to go on an adventure.
More Goodness
breakingcomicsDC