previous
10 Geeky Cocktails to give you health, mana and stamina.
random
next
A Chat with Jonathan Coulton

After an extremely successful show last year, we’re back again at the Hilton NEC in Birmingham for round 2 of Fast paced Vigilante gritty Fandom from the cast of The CW shows THE FLASH, ARROW and GOTHAM. Cast stars which include Stephen Amell, John Barrowman, Jason Momoa, Brandon Routh, Tom Cavanagh, Sean Pertwee, Emily Bett Rickards and Danielle Panabaker will meet their fans for this amazing weekend. 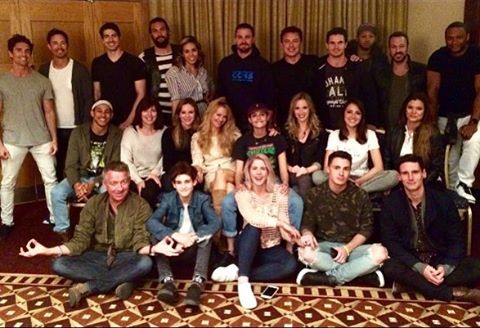 After a very long journey from Swansea to Birmingham filled with numerous delays (don’t know why I’m paying so much money for this train ride) I arrived to what can only be a well-oiled machine of organization. Within an hour I had my passes and photoshoot tokens, stylish lanyard, wristband all from the Vox Mall at the NEC and made my way over to my hotel to meet my buddy. Now taking into consideration this event has sold tickets into the 1000’s, an hour is impressive to say the least.

After the rumored chaos of “Asylum” last week, i was pleasantly surprised at how really organised it all was, then i was reminded that over 3000 attendees flocked to the Vox for registration nearly all on one day, so i understood where the fears of Rogue events comes from.

The first night ran smoothly with a “90’s video game” themed disco for all us Friday Con goers, lots of cosplayers took to the dance floor to strut their funky stuff while others who had paid extra for the “meet and greet” evening enjoyed meeting a select few of the cast from this weekend; from what the stewards informed me everyone enjoyed and the Cast were made to feel welcome and right at home with no problems raised.

After a long day of travel and registration, I turned in for the night ready for tomorrow’s adventure. 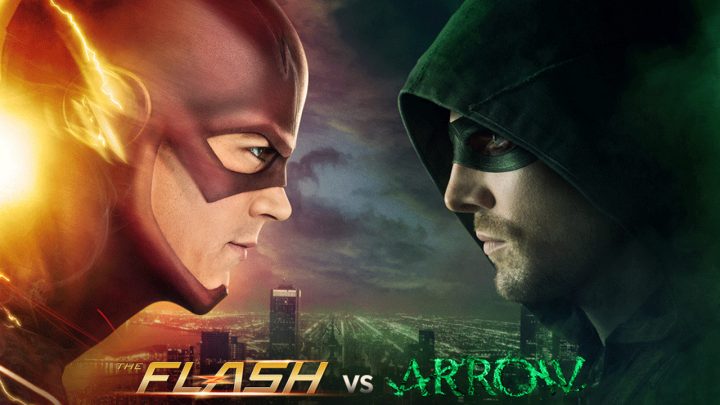 Saturday morning 7am, or as I’ve come to call it “The Revenge”. Saturday hit me like a forth wall break, this geek did not expect the onslaught of fans that bombarded the registration hall at such an early hour, but thinking ahead I did all my registering on the Friday and bought all my photoshoots because my “Spidey sense” told me ‘there was a storm coming’.

The hotel had been turned into a haven for all FLASH, ARROW and GOTHAM fans, every hall was clearly sign posted, flagged and had a steward or volunteer at hand ready to help with any question you had. The day ran rather smoothly and I was able to get what I wanted to do in the time frame that Rogue had planned out; even though I was in the “O” group I found that with only a fraction of waiting time I was into the autograph hall and out again in an hour.

Tom Cavanagh was the highlight of my trip as I’m a huge ‘REVERSE FLASH‘fan, he was engaging, friendly and I was even able to get a little chat out of him while he signed my poster and vinyl Pop figure; afterwards he even remembered me when it came time to have my photo done with him, rather star struck I might say but was made to feel relaxed and very welcome.

There were a few complaints on the day but this was due to people actually not reading the signs and timetable that was clearly posted more than the London underground. The vendors room was intimate, to say the least, with only a few merchandise stalls and I have to say I was surprised as some didn’t even have any Flash or Arrow merchandise. 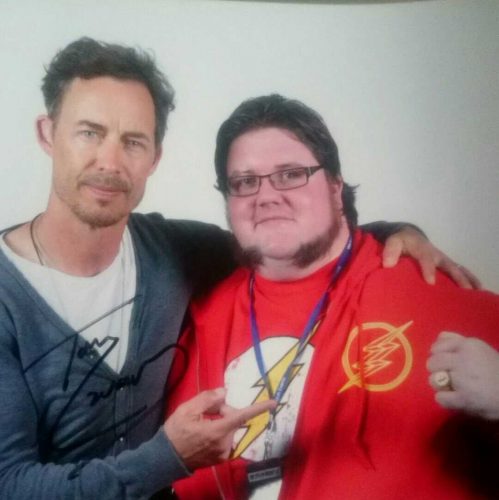 Each star talk was packed out, John Barrowman being ever the showman on stage gave a brilliant talk with his flamboyant presence and answered as many questions from the crowd as he could in the allotted time frame, Stephen Amell and Tom Cavanagh also had a full house for their talks; Stephen more so with screaming girl fans from all over wanting to see “the arrow” himself.

4pm came around and I was finally gonna get my hug from Danielle Panabaker who plays ‘Caitlin Snow/ Killer Frost” in The FLASH; once it was my turn in the photo-shoot I calmly walked up to her and to my surprise she remembered my name from the autograph session and had her arms out ready for hug, the camera man counted down 1, 2, 3 and I have my hug from Danielle immortalized on a 16×12 photo, huzzah and yahoo! 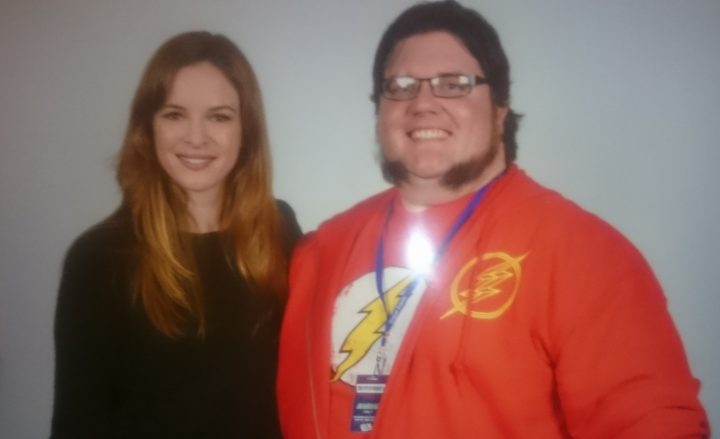 The Disco that night was a classic “MARVEL vs DC” with many of the Hilton guests and attendees donning their favorite cosplay and strutting their stuff on the floor once again this time with multiple photos being taken by everyone, I was even pleasantly surprised to see Michelangelo from the TMNT show up, well he is a party dude! Yes, even I, your humble king of geeks, dressed as my marvel counterpart “Magneto” for the evening and thoroughly enjoyed myself. Thus ended my Saturday at City of Heroes, let’s see what Sunday has instore. 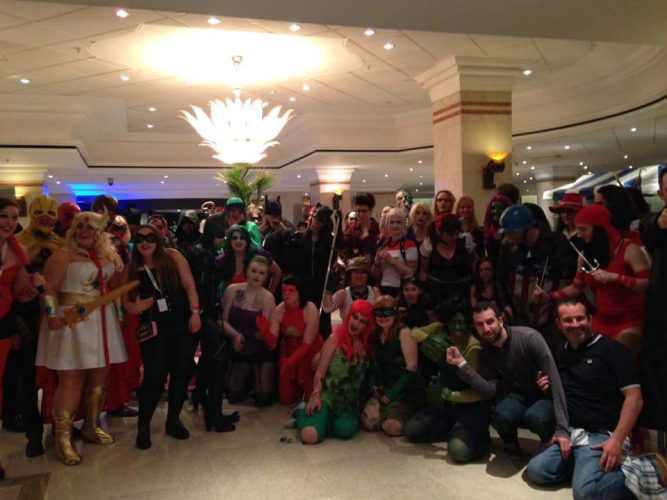 Sunday, 7am Day 3. OH MY GOD! Someone call 911, somebody call the Ghostbusters, where’s the Thunderbirds at? Chaos, where did all these people come from I’ll never know. Like gremlins they had multiplied with water amd from breakfast to brunch the hordes didn’t stop. I will say this though, the professionalism of the rogue crew was second to none and handled it like a dressed parade platoon.

Single file queue system was in effect and they were able to get everyone in and out in record time with little to no aggravation, both autograph halls were full and the steady stream of fans waited patiently yet giddy for their photo ops with the other cast while Jason Momoa once again bringing the biggest Crowd to his session.

Well there has been a lot of hear say and speculation floating around about how much a shambles it was and the issues with photo printing. Well I witnessed the owner and head of Rogue Events, Wayne Munn, go above and beyond the call of duty the entire weekend. From helping with lost E tickets on Friday (i was one of them) to frantically  running around and setting up electric fans in the autograph halls due to the air con not being on and to answering a hell of a lot of questions and dealing with so many complaints that stemmed from people just not wanting to Que and wait their turn.

Granted there were technical problems, but these happen and it doesn’t matter how prepared you are before, its sods law. The fact that people are complaining about photos they want printed and sent to them and saying things like “i spent all this money and now i have to print it out myself” blah blah blah; here’s the irony. You’re griping over a 99p print from BOOTS when you’ve spent hundreds at the con; makes little sense to me.

Don’t listen to hear say or speculation and never assume anything, i was there, i saw what went on, from this geeks mouth….

My thanks to Wayne, Jenni and all the crew who were more than welcoming and helpful to me, I had so much fun this weekend and can’t wait till next years, if none of you fellow geeks have ever done a Rogue event, head on over to their Website at www.rogueevents.co.uk , you can also find them on twitter @rogueevents. They cover and cater to wide range of fandoms from Supernatural, Once Upon a Time, The Vampire Diary’s, IZombie, FLASH, ARROW and now Buffy the Vampire Slayer. So no matter what your poison is, there is something for everyone.

See you at a Rogue Event soon…..in a FLASH!

Journalist, PR, father all round King of Geeks. "Hail to the king!"
You might also like
ArrowbirminghamBrandon Routh