Disney have announced the first Marvel property to be made into a CG animated movie, and they’re going down the superteam route again a-la The Avengers, by optioning Steven T. Seagle and Duncan Rouleau‘s Big Hero 6. 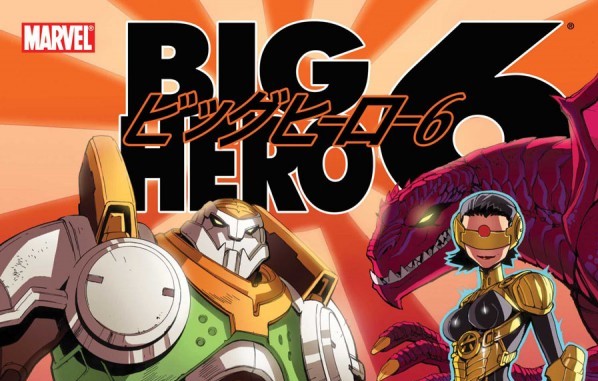 If I’m completely honest, I’ve not heard of Big Hero 6 before today… however looking at the subject material I think I may just have to investigate further before the movie comes out. So, if you’re as clueless as I was, I’ll give you a little back story.

Big Hero 6 is a superteam that acts at the behest of the Japanese government, who were formed by the Giri – a top-secret conglomerate of politicians and business entities. Lead by none other than The Wolverine bad guy Silver Samurai, the team consists of a strange combination of reluctant heroes and anti-heroes with a wide variety of abilities. 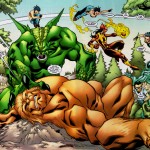 There’s child genius Hiro Takachiho and his synthetic bodyguard Baymax, Secret agent Honey Lemon who uses a nanotech “Power Purse” where she can access any object, GoGo Tomago who can transform her body into a flaming force blast and Sunfire – a mutant with the ability to superheat matter into plasma. There are other characters that help to comprise the team, but they often replace people that leave for various reasons.

They also have a Giri representative working as a liaison between the team and the government called Mr. Oshima – he’s basically this team’s Nick Fury.

So with this interesting set of characters, and some of the suitably Japanese storylines (characters brought into being by other team members, and worshipping them as Gods etc), you can see why Disney have gone for the CG animation route. Disney have said the movie will focus on the 13-year old Hiro and bodyguard Baymax as they join the team in the high-tech city of “San Fransokyo” 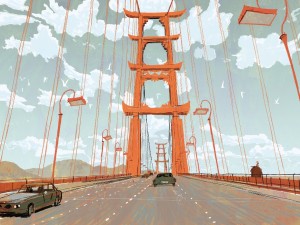 Don Hall has been signed to direct the feature, and as he was one of the writers responsible for The Emporer’s New Groove, I have no problem with that – I love that movie! Noooo TOUCHY!

Hall spoke to the LA Times about his choice to direct:

“I was looking for something on the obscure side, something that would mesh well with what we do. The idea of a kid and a robot story with a strong brother element, it’s very Disney.

“Marvel properties take place in the real world. We were looking for something to do where we could make our own world — bring in the Japanese influences,  have recognizable landmarks mashed up with a Japanese aesthetic.”

At present there’s no information on casting for Big Hero 6, but the movie is set for release in 2014.

Movie and videogame geek, basketball player, guitarist, waffle connoisseur & expert in being a slacking bastard. You'll find me gaming on PS4 as "SpasmicPuppy" most of the time... I'm addicted to Destiny.
You might also like
Big Hero 6breakingConcept