Every little helps: Next Call of Duty sequel is unofficially outed by Tesco 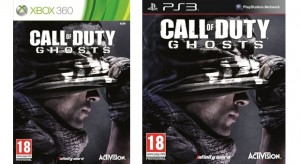 Everyone’s  favourite UK supermarket has unofficially announced the latest game in the Call of Duty franchise. The title Call of Duty: GHOSTS had been mentioned by a few other sources last month but retail website Tesco Direct released cover art on it’s website today with product listings for Xbox 360 and PS3 versions and a release date of 30th December 2013, although this date is most likely a placeholder. The listing has since been removed.

Call of Duty: GHOSTS is reportedly being developed by Infinity Ward, the studio behind the immensely popular Modern Warfare series however little is known of this latest game’s characters or plot as of yet. It has also been reported that GHOSTS will be developed and released almost simultaneously for current gen and next gen console platforms as well as PC however, at least for now, Tesco haven’t got themselves into any further strife by including some tasty Durango cover art on their website. If this leak hasn’t been backhandedly sanctioned by Activision then it’s likely that their legal team will have enough to deal with for the time being.

Are you looking forward to Call of Duty GHOSTS or do you think the military FPS series has had it’s day? Let us know via Facebook or Twitter or in the comments section below.

A proud member of the Geek Pride video games editing team, Sai can currently be found trying to get through his Christmas games backlog (and failing miserably at it).
You might also like
breakingCall of dutycall of duty: ghosts