previous
Dracula Untold...
random
next
And Here Comes Part 2 of the Season 4 Walking (and Talking) Dead
Film and TV
0 likes

First Trailer for Bendis and Oeming’s Powers is Here 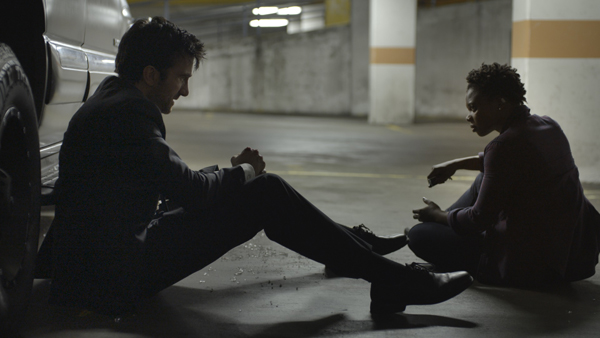 The adaptation of Powers, the critically acclaimed comic from Brian Michael Bendis and Michael Avon Oeming which follows former superhero turned homicide detective Christian Walker and his partner Deena Pilgrim of the Powers Division dealing with murders committed by those with superpowers, has just got its first trailer straight via NYCC.

The series which is set to appear on Playstation’s streaming network stars District 9, Elysium star Sharlto Copley as Walker and Susan Heyward as his partner Deena Pilgrim. The casting of Michelle Forbes as Retro Girl indicates the series will be based on the first arc of the Bendis/ Oeming comic which features Walker and Pilgrim investigating the death of well known and thought invulnerable superhero Retro Girl.

The trailer narrated by Copley’s Walker sets the tone for the adult oriented police procedural as Pilgrim is assigned to Walker and a handful of characters are quickly introduced, it also manages to pack an impressive number of f bombs into its scant 90 seconds.

Andy Haigh started writing to counteract the brain atrophying effects of Retail Hell, now it's an addiction. Andy is an unrepentant sequential art absorbist and comics are one of his passions. Other interests include Film, Music, Science Fiction and Horror novels and quality TV like Game of Thrones. He can talk about these at great length if only someone would listen. He lives a somewhat hermit like life in The Shire, spends too much time on social media and is still waiting to go on an adventure.
More Goodness
brian michael bendiscomic adaptationcomic book

Guardians of the Galaxy #4