As geek-culture is finally being embraced on this side of the Irish Sea, and with even the local mainstream media taking an active (though admittedly still cautious) interest in the overall ‘geek’ community – the past few years have seen the introduction and rise of the Northern Irish version of the convention/celebration event. 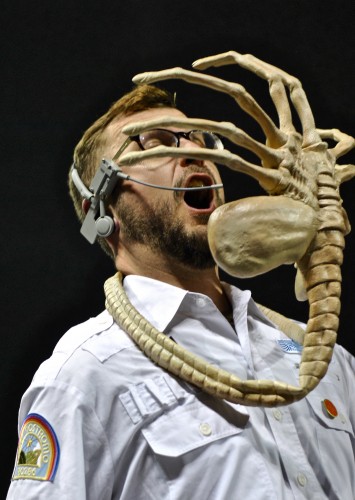 There now appears to be a pretty standard calendar for the local geek: each May brings the MCM Comic Con event at the Kings Hall complex (with its emphasis on a distinctly younger audience – showcasing cartoons, kids anime, comic book character cosplay, etc…), while June brings the Q-Con @ Queens event (with its innovative mix of electronic gaming, table-top gaming, animated movies of all types, and more..). This brings us to the final stop in the NI geek year: the Showmasters’ Belfast Film and Comic Con 2015 at the SSE Area, Belfast (previously the Odyssey Arena).

The BFCC is a decidedly different event to the others. While it still has the same range of excellent stalls at which fans can spend their hard-earned funds on merchandise of their choosing (a great mix of both professional stores, as well as local amateur pop-up tables), and an great masquerade event for attendees to show off their incredible cosplaying outfits to each other – the BFCC excels in aiming itself at a more mature audience, primarliy by attracting a wealth of high-standard guest stars from the some of the biggest Sci-Fi and Action movies/TV shows of the past 4 decades.

This was my first time at this event, and one that I was eagerly awaiting. While there were certainly a small few issues/areas for improvement – overall the experience definitely lived up to, and exceeded, my expectations.

The event was staged within the main bowl of the recently renamed and refurbished SSE Arena – currently Northern Ireland’s largest indoor concert/event venue. While I was initially a little sceptical of this arena being able to stage an event like this (due to the scale of the space normally required for the full range of attractions), I was pleasantly surprised at how well planned the layout actually was. The merchandising stalls were all neatly arranged in the centre of the arena bowl, allowing attendees a decent amount of space in which they could browse and mingle around the floor. As well as this, there was a large separate ‘signing’ area, which housed all of the guest stars. The extra space here was ideal, as it lessened the chance of those queuing to meet their favourite stars, blocking/getting in the way of those wanting to stroll around the attractions.

Admittedly, there were a few bottlenecks around the floor – mainly around the Cosplay Q&A stage (cosplayers congragating for their opportunity to take the stage and show off their excellent handiwork), and an area in which fans could take have their photo taken in front of props such as the infamous ‘Dead Inside’ door from The Walking Dead, the Xenomorph from Alien and The A-Team van. I must say though, that while I witnessed some frustration from attendees (particularly those with buggies or difficulties with movement), it was not enough to spoil the overall experience for the vast majority of fans. 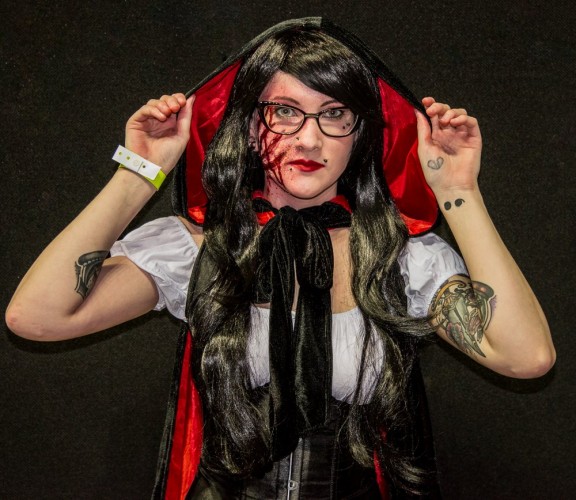 The arena itself holds plenty of amenities which help to set it apart from the other possible hosting venues in Belfast: these included dedicated food halls/stands, plenty of restrooms, an attached main complex and with a range of bars and restaurants, space outside for attendees to mingle/relax, and specific seating areas for attendees to rest (which makes a nice change from the 20-odd seats in a tiny food court available for a certain similar event back in May).

Both the Guest Star Q&A and Cosplay Q&A sessions took place in cordoned-off sections of the bowl-side seating – creating an almost amphitheatre setting, which provided plenty of space for fans, and also a more intimate feel when compared to the flat floor-seating used in other conventions. While I certainly appreciated this closeness to the stars (I mean, at one stage Vasquez and Drake from Aliens were about 4 feet away from me, and shook my hand when I answered a teaser question posed by the host!), the ‘stage’, which composed of some simple temporary backing walls, looked a little on the cheap side – you would think that guest stars of this calibre, as well as the cosplayers who had put so much effort into building their incredible costumes, deserved a more impressive and professional setting. But I’m sure the space limitations probably played a part in this, and I very much doubt that this had any impact on the enjoyment felt by the stars and attendees.

Lastly, it was fantastic to see an event actually live up to its name for a change, and provide stalls that focussed on both ‘films’ and ‘comics’, rather than just the same default Pokemon merchandise and endless supplies of Pop figures. I counted 6 different stalls selling actual physical comics and graphic novels – a massive improvement from the lone comic stall I spotted at a previous event. It was also great to see an event that showcased so many local and all-Ireland based vendors – rather than just ship a load of people over from the mainland. Let’s hope that this continues going forward. I’d also like to highlight the excellent local security and Showmasters staff who were onsite during the weekend – they were helpful, friendly and in a lot of cases, having as much fun as the paying public. 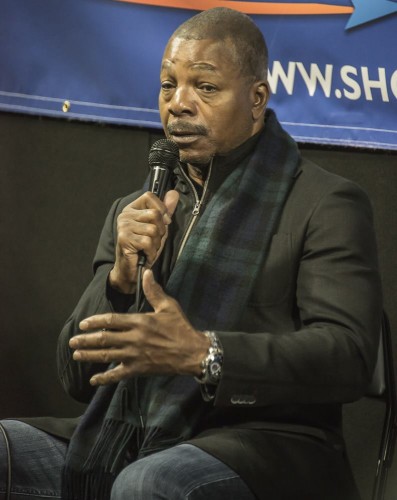 In terms of access to the guest stars, this was handled extremely well. Queues were never too long for signings, the schedules for photo sessions were well-organised – and while fans only had a few minutes to chat with the stars and have their all-important shot taken or item signed, at no time did you ever feel rushed. The previously mentioned Q&A sessions were an absolute joy: they were moderated well, had a very positive atmosphere, questions provided by the audience were encouraged, and the stars were given plenty of time to answer questions fully as well as interact with fans. This was particularly refreshing in the sense that in attending other cons/events in the past, I could definitely feel a distinct separation between the paying audience and stars – Q&A were strictly controlled, and direct interaction discouraged – unless you were paying, of course.

Of the guest stars, the biggest name in attendance was arguably Carl Weathers. In his Q&A sessions, Carl entertained fans with a wealth of stories concerning the Rocky movies (his breakout performance as main villain turned best friend, Apollo Creed), Predator (the tales of himself, Arnold Schwarzenegger, Jessie Ventura et all attempting to out-macho each other on the set of the film were absolutely hilarious; as was the mention of the ridiculousness of the original design of the Predator, set to played by Jean Claude Van Damme), being regularly mistaken for Billy Dee Williams (Lando Calrissian in Star Wars), and the experiences of a young African-American actor during the late 60s/early 70s. No mention of Happy Gilmore or Arrested Development (“Baby, you got a stew going!”) disappointingly.

Another major star was Margot Kidder, for many the original and best Lois Lane. Her touching stories of time working with the late great Christopher Reeve on the first two Superman movies, was a definite highlight – as was a discussion around the filming of The Amityville Horror (“there was a strange energy surrounding that project, but it was a relatively fun process and turned out great – never wanted to watch any of the sequels though.”). There seemed to be a genuine love and appreciation for the success that the Superman movies provided to her – and the reaction that she still receives from the fans. 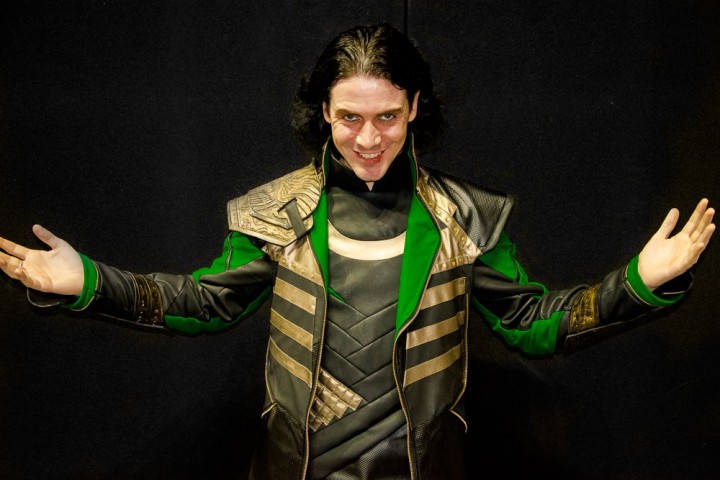 But for me personally, the biggest highlight was always going to be the duo of Jenette Goldstein and Mark Rolston, the smart-gun toting, bad-ass colonial marines Drake and Vasquez from one of my favourite movies ever, Aliens. The chemistry between the two is still incredibly strong, even to this day – and they absolutely sparked off each other, throwing out anecdote after anecdote about the incredibly tough but very rewarding shoot for the film. They mentioned that the chemistry and friendship doesn’t just exist between the two, but also between the majority of the original colonial marines – and that they still meet up regularly, and refer to each other as family. Both speak incredibly highly of James Cameron (“he’s a genius”), and also took time to discuss their individual career successes that have seen them appear in such critical and commercial blockbusters such as Titanic, The Shawshank Redemption and The Departed.

Also in attendance were the undisputed kings of the UK and Ireland convention scene: David Prowse (Darth Vader), Jeremy Bullock (Boba Fett) and Tom Baker (Dr. Who) – all of who were still incredibly approachable and amiable, and were very happy to discuss their love for the modern takes on their respective franchises. Throw in various stars from Star Trek, Battlestar Galactica, and local success story Game Of Thrones – and you had a pretty varied and packed panel of stars.

In closing, I’d say that the Belfast Film And Comic Con was yet another success story in the stedily-growing local geek community. While we still have a way to go to match the success, priestige and profitability of conventions staged in mainland UK, Europe and the U.S., with a few subtle tweeks, and an emphasis on continuing to improve the facilities and attractions offered at the shows – I have no doubt that we push the envelope as far as it can go within the confines of our small island. Can’t wait for next year! 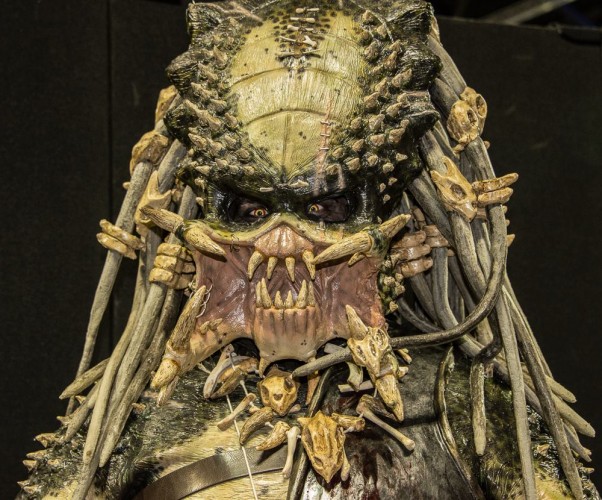 For a look at the photos taken at the event by our local Geek-Pride photographer Michael Geary, HERE