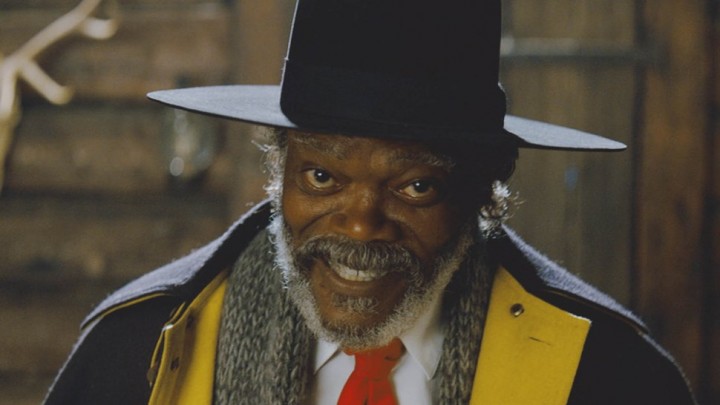 I feel like Tarantino enjoyed The Hateful Eight more than I did. Now that’s not to say that this isn’t a good film, or a worthy addition to the filmography of one of modern cinema’s more challenging directors, because it is both those things. What I aim instead to say is there are several things I find problematic with the movie, things that can be broken down into several definable moments but, broadly, tend to fall under one large heading. That heading is self-indulgence. It’s not a completely new issue for Tarantino and it’s one that seems to have been developing perhaps more prominently in his last few outings.

There a few core elements to Tarantino’s style: language, violence and a quirky approach to structure. They’ve always been present, to one degree or another, and I’ve always found them, for the most part, satisfying. In the past, those elements have come across as taut, stylish. They’ve been utilised in a way that always felt like it served the film, rather than the other way around. When the Bride takes on the Crazy 88 in Kill Bill, the fight is brutal. The levels of blood and limb loss are horrific to the point of absurdity. And yet, when I watch the scene, it doesn’t bother me. The fight looks great and it feels like it’s going somewhere. Similarly, the bar scene in Inglorious Basterds features an absolute cluster of over the top violence in the form of its outrageous shoot out. Again though, I felt like that scene was a highlight of the film, that the whole thing was incredibly well delivered and orchestrated. The Hateful Eight did not satisfy me in the same way.

Let’s take a look at things one element at the time. Firstly, the violence: there is a moment in the film in which two of the characters are poisoned and proceed to vomit gallons of blood all over the place. As a matter of fact, Jennifer Jason Leigh finds herself covered in copious amounts of blood and viscera throughout the film. And at no point to me did it feel particularly necessary. In a similar vein, and addressing element number two, Tarantino is somewhat notorious for his use of a certain racial slur. And while it has been somewhat justified in Django Unchained and The Hateful Eight by the historical context, in both films I couldn’t help but feel there was more to it than that. Specifically, I felt like Tarantino was not trying to be accurate to a context but rather using that context to justify the usage that he already wanted. And finally, we have structural quirks. The film is three hours long. It seems to end about three times. This is by far the most forgivable part for me. The film stretches itself a tad sure, but it doesn’t reach the point of boring. More structurally concerning is the fact that it appears Tarantino, intentionally or not, is now transcending to a whole new level of Tarantinoness. Not only does he actually take on the role of narrator himself but it’s been pointed out to me that he actually steals shots from some of his own movies. 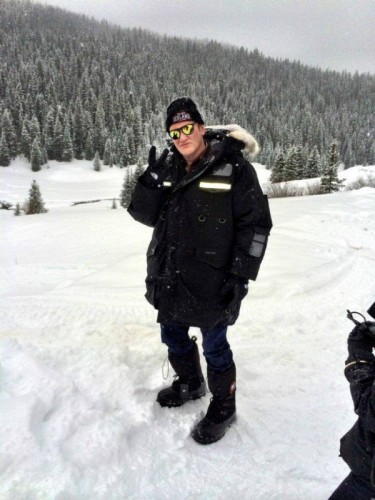 Here’s where the concern really lies in all of this. I think Tarantino can pretty much get away with whatever he wants. He already plays the role of auteur pretty hard, writing and directing and pretty much casting too. He’s undeniably a creative force, willing to drive hard for his vision. Usually, that’s not a thing that I would take issue with. I think it’s amazing that certain film-makers manage to reach a point where they really can work in their own sandbox without having to be painfully restricted by any kind of non-creative, executive force. But as much as we’ve seen those kind of studio restrictions ruining films, I’d put it out there that the same can be said of the opposite end of the spectrum. I genuinely feel that The Hateful Eight is quite probably the most self-indulgent film that Tarantino has made yet. And, for me, that made it less of a film.

Take, for example, the rape scene. There is a moment in the film where, in order to force a confrontation with Bruce Dern’s character, Samuel L. Jackson talks of how he managed to kill Dern’s son. Except he didn’t just kill him. He first forced him to walk, naked, through miles of snow and then, when he begged for a blanket, told him he would get one if he just sucked Jackson’s “big black Johnson”. Of course, Jackson doesn’t give the man a blanket and ends up killing him. Now, there are reasons that Jackson would rightfully want to kill Dern and he knows that if he isn’t provoked, by Dern going for a gun, then he will be a murderer and subject to hanging. And sure, rape is certainly more degrading than straight up murder, particularly given the racial element (Dern’s character is that of a Confederate general while Jackson fought on the side of the Union), was it really necessary, at any point, to spend a solid five minutes, maybe more, lavishing detail on how Jackson raped Dern’s son? The answer, to my mind, is no.

Seriously, if we’ve learnt anything from years of revenge-action stories, it’s that the death of a loved one is more than enough to justify revenge. I just cannot imagine a room where people were read the scene, which features not only Jackson’s own belaboured description but then actually gets a bit of Tarantino narration too, and they went “you know what Quentin? That sounds great. That’s exactly what the story needs and the audience will want.” Now, I’m sure there are people who would disagree with me and believe that the scene was entirely necessary to the narrative. For me though, it just serves as proof of the issue I feel has been becoming more apparent over the last few Tarantino films and that has possibly reached its apotheosis here, that sometimes, an unrestrained creator is not actually the best thing for the art.

The Hateful Eight is not a bad film. Matter of fact, it’s quite a good one. But I worry that Tarantino has become rather too used to having his cake and eating it. Films don’t have to be short but they should be taut, utilising every element in a manner that tightly contributes to the overall piece of art. I don’t feel that this, Tarantino’s eighth outing, did so. I left the cinema feeling oddly dissatisfied and I’m concerned that, as a fan of the man’s work, he may have gone too far, been let off the reins too much and that, if he continues with the trend set by The Hateful Eight, we may be headed into a downward spiral of ever increasingly self-indulgent films. Cake is great. But sometimes a bit of salad doesn’t hurt.