Great mixture of comedy and action thanks to a well crafted script and good director.

Some parts of the story could have been padded out had the film been slightly longer. 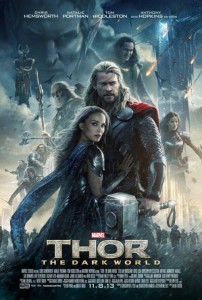 Thor: The Dark World is the first solo adventure with Thor since The Avengers film last year, however he’s not completely alone as we see him reunited with Jane, his sidekick warriors and that pesky brother of his; Loki (Tom Hiddleston). In this adventure we see Thor having to battle a villain so ruthless that even his mighty father Odin (Anthony Hopkins) cannot win, resulting in Thor asking for help from the person you’d last expect…well maybe not last expect (especially if you’ve seen the trailer). 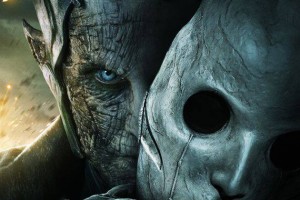 The villain comes in the form of Malekith, leader of the Dark Elves and played by the great Christopher Eccleston, who wants to return the universe to a state of darkness using a powerful force called the Aether. Although Odin was led to believe that the Aether had been destroyed by his father, it becomes apparent that this was not the case and this is where Jane Foster (Natalie Portman) surprisingly becomes tangled in the tale. Thor must protect not only the ones he loves but his city and universe (that’s a lot of responsibility!). There are some great battle scenes and stunning visuals. Without giving too much away, prepare for action, tears, laughs and unexpected twists. 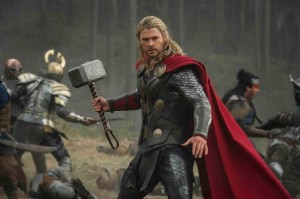 I actually loved Thor: The Dark World. I had prepared myself for some disappointment after seeing its rating on a cinema chain’s website but it surpassed my expectations. I have found in past Marvel films that the humour has been quite cheesy but I absolutely loved it in Thor. It’s far funnier than the first and Darcy (Kat Dennings) shines with her witty remarks again. There was a lot more comedy than I was expecting and some of the Loki and Thor parts scarily reflect sibling bickering.

In hindsight, Malekith should have been given more screentime. He seems to be the second-in-line villain behind Loki who steals a lot of the limelight even though he’s not who Thor is fighting against. There could have also been more filling out of the love story between Jane and Thor, which still seems a little thin especially for all the time she’s been waiting to see him again (although I can’t really blame her).

Finally, the film runs at around 112 minutes and I wonder whether a little more length could have added a bit more depth that some times it lacks. 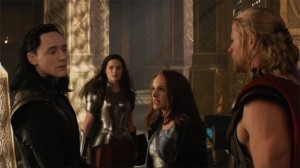 All in all, if you are a fan of comic book films, I would urge you to head to your local cinema and watch this because as sequels go, they did a great job with it and I’m already looking forward to watch it again – and not just because of beautiful Thor.

P.s Remember to stay for the mid-credits and end of credits scene!

I'm a movie lover of all genres, particularly comic book films, as well as some television shows such as Community. I enjoy fiction writing and blog writing and I sometimes dabble in reviews.
More Goodness
Chris HemsworthFilmMarvel