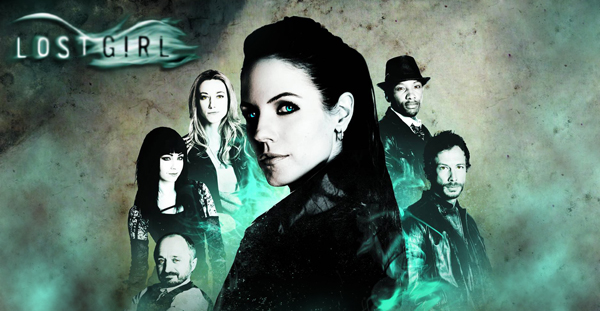 There’s not been a lack of shows for the intrepid viewer to seek out in recent years, from Grimm to Continuum, The Walking Dead, True Blood and numerous others which feature fantastical or futuristic ideas. Whilst some may be good, they’re not ‘that show: the show that snaps you out of your apathetic seen-it-all daze and makes you actually pay attention and want to see the next episode . 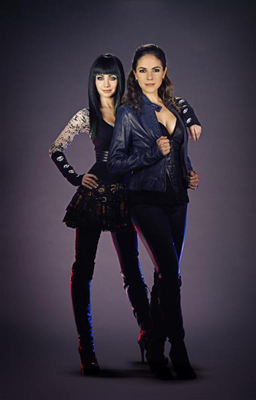 Ksenia Solo as Kenzi and Anna Silk as Bo.

I found ‘that show’ when I stumbled across Lost Girl- something that I was completely oblivious to despite it starting in 2010. As soon as Bo, played brilliantly by Anna Silk, appeared on screen and saved Kenzi (Ksenia Solo) from a nefarious wannabe date rapist by draining the life from him via a kiss, things looked interesting.

The world was intriguing; a world of the Fae with every Fae choosing one of two sides -Light or Dark- perpetually on the edge of a war which would spell chaos for both the Fae and the world of men, who are oblivious to their existence. Bo ,a succubus who feeds on life energy during sex, is oblivious to her true nature until meeting Dyson (Kris Holden-Ried) who explains the world of the Fae to a confused and annoyed Bo, who just wants to skip town like she always does.

While there was a solid foundation in the setting, this interest was compounded by the dynamic interplay between Bo and Kenzi as things progressed. In a genuinely shocking change to the norm, these were female characters that were well-written, but more than that, weren’t just there to be conveniently kidnapped occasionally like the clichéd damsel in distress waiting for the square-jawed male lead to rescue them.

The term ‘strong female character’ is something I despise as a descriptive term, as it implies that all other female characters are ‘weak’ and on top of that is a poor catch-all term for describing any female character that isn’t beholden to the status quo.

Bo and Kenzi are two of the best female characters to feature in a series that doesn’t have the name Joss Whedon in the opening credits- this show was created by Michelle Lovretta. Fiesty, independent, strong willed, sassy, capable, witty, intelligent, intuitive and brave are all applicable.

Bo, despite being all of the above, has also led a lonely life due to her inability to control her ‘gift’ and is haunted by the trail of dead in her wake and, for all her kickass attitude, also has vulnerability; whilst Kenzi is a punky, hyperactive, street-smart grifter with questionable connections, and the dynamic between the two is what makes this so good. Smart and spiky dialogue- ‘Thanks for the cock block’ says a relieved Bo after Kenzi pulls her off a woman she was about to drain, and Kenzi’s penchant for snappy one liners like ‘My head is pounding harder than a sailor on shore leave’ are just a couple of the  great things here. 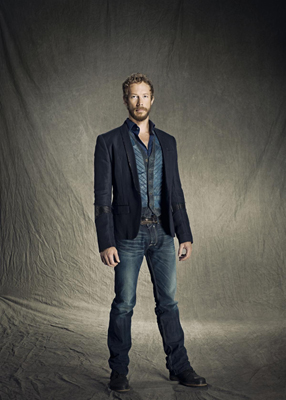 Unlike so many other TV series which feature otherworldly creatures of some sort or another, Lost Girl isn’t afraid to have some fun with the premise. Kenzi’s response after seeing Dyson reveal his true nature for the first time: ‘That was so awesome!’ with a look of childlike glee on her face.

Lovretta has pulled off an impressive feat by creating a series that revolves around two great female characters- most shows are lucky if they have one, and having them as the main character is rarer still. There’s a distinctly subversive bait and switch to the idea of a series about an attractive succubus and her feisty accomplice actually featuring some of the best written female characters in a long time.

With an interesting mythology as a backdrop, some intriguing supporting characters and some neat ideas Lost Girl is impressive stuff- as Kenzi would say, that was so awesome!

Andy Haigh started writing to counteract the brain atrophying effects of Retail Hell, now it's an addiction. Andy is an unrepentant sequential art absorbist and comics are one of his passions. Other interests include Film, Music, Science Fiction and Horror novels and quality TV like Game of Thrones. He can talk about these at great length if only someone would listen. He lives a somewhat hermit like life in The Shire, spends too much time on social media and is still waiting to go on an adventure.
You might also like
breakingLost Girlspotlight