previous
Infinity Crate: July 2016 Box
random
next
Kickstart this - A crowdfunding round up

Although I am no longer a regular Loot Crate subscriber, I am continuing on with their Firefly Cargo Crates, having been a subscriber since the first one. Thanks to a deal with Quantum Mechanix, the official merchandiser of Firefly replica items and collectibles, the quality of these boxes is top-notch, and I have yet to come across an item in the boxes I didn’t like. Does the third box in the series, featuring the theme “Big Damn Heroes”, continue the trend? Let’s take a look.

Starting off, we have a QBits blind-box figure, a staple of the Firefly boxes. Each month, you usually can get one of two or three options. 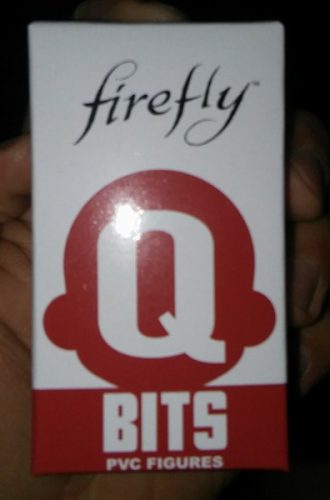 The past two that I got featured Jayne and Book, respectively. This month… 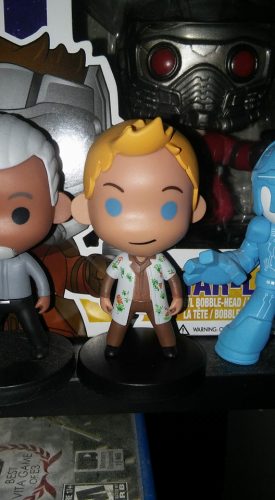 …It’s everyone’s favourite pilot who was tragically killed in one of the worst on-screen deaths in history, Wash! Okay, that was a little brutal. I am truly sorry. At least the figure is adorable.

Continuing the trend with collectible figurines, another staple of these boxes are the Little Damn Heroes figurines. We’ve got Zoe this month.

These make for some beautiful collectibles. Nice detail and a beautiful paint job. She’s going to look really nice next to the Jayne and Kaylee ones received in previous boxes. Speaking of Zoë, we’ve got another collectible just for her. 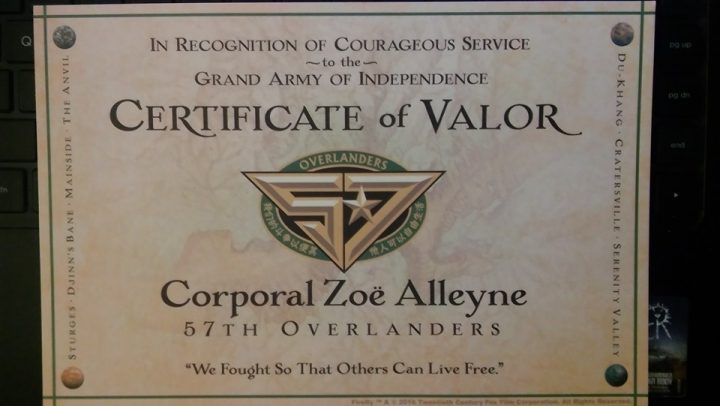 This is a Certificate of Valor for Zoë from her time in the Independents. Not much can be done with this, but it will likely look pretty nice once I get it inside a frame. It’ll go well with the other posters and photos currently adorning my walls.

Next is my absolute favourite item in the box, a challenge coin that was exclusively available at this year’s San Diego Comic-Con. 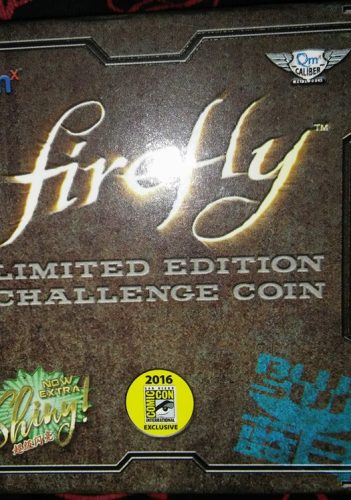 I had my eye on this, and was planning on buying one through QMx like I did the last time they did one of these exclusively for SDCC. Fortunately, now I don’t have to. Let’s take a look at the coin itself: 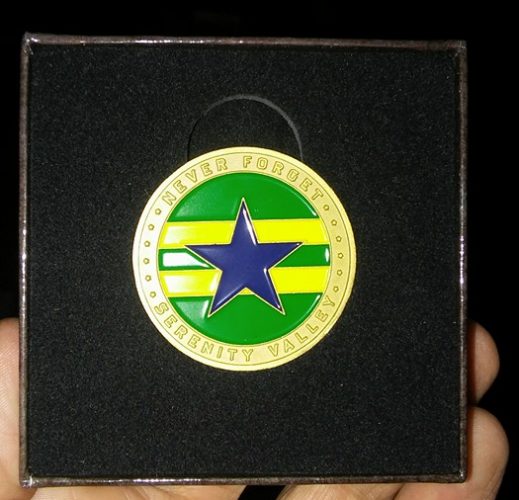 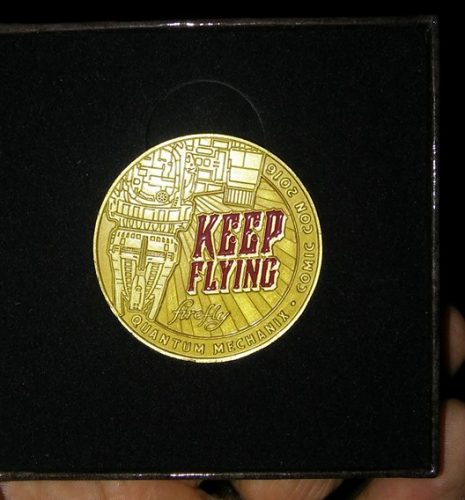 Beautiful. This is my third Firefly coin from QMx and fourth overall (I also have one for the 10th anniversary of the “Can’t Stop the Serenity” charity screening) and this is easily my favourite thanks to the bright colours on the front and back as well as the detail put into Serenity herself. QMx can include as many of these they like in future boxes, as far as I’m concerned. 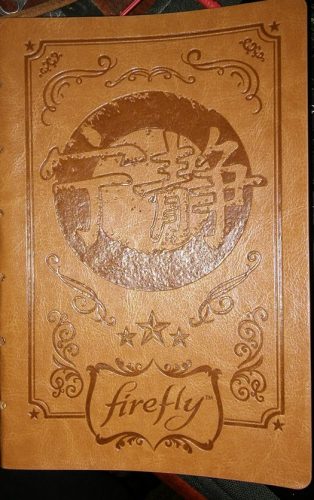 This is a leather-bound journal, perfect for the Browncoat writer in the family. It’s too pretty to write in, though. Fortunately, I rarely write with a pen and paper anymore, so that won’t be a problem. Perhaps when I start writing Mal/Castle/Captain Hammer fanfiction. I mean, if I was planning on doing that. Which I’m not. Yet.

Three more items left. The first is a sticker, also found on the outside of the box.

Nothing too fancy, but it’s nicely done.

There’s also a lapel pin, the fourth pin total received in these boxes. They’re pretty sharp, and this one is no different, featuring the name of theme of this box, which is also part of one of the most famous quotes in the show’s criminally short run. 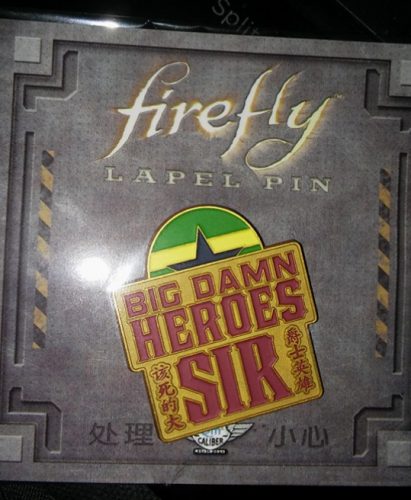 Finally, we’ve got an exclusive t-shirt, one that comes with the added bonus of being designed by none other than the costume designer on Firefly, Shawn Trpcic. 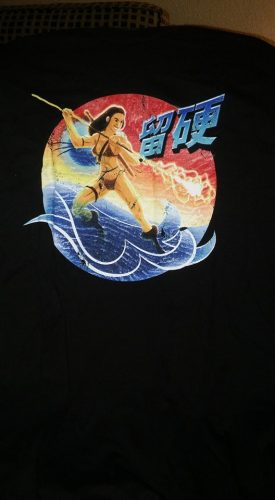 The title is “Stand Firm”, and really doesn’t have much to do with the show. However, Shawn Trpcic made it, so who cares? It’s still a pretty slick-looking shirt, and my wife claimed it immediately. Considering we have nearly a dozen Firefly/Serenity shirts in our house and all but one of them are mine, it’s only fair she gets at least one more, right?

Hard to pick a favourite out of the three boxes received thus far, but this one might just get the nod thanks to the challenge coin. Either way, the trend continues of boxes full of fantastic items with no duds. If Loot Crate could put this much effort into their regular subscriptions, I never would have canceled. I’ll be back here in two months for Crate 004: A Leaf on the Wind.

I am straight edge and a freelance writer currently working for several sites. I also do personal training. Currently, you can see my weekly WWE Smackdown recaps on CamelClutchBlog.com, video game reviews on BurningAngel.com (warning: although I only write game reviews there, it is an adult entertainment site) and mostly wrestling-related stuff on Man Cave Daily (mancave.cbslocal.com).
You might also like
Box SubscriptionsfireflyHoban Washburne