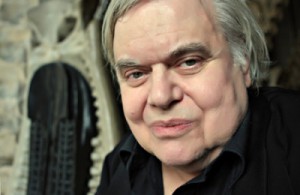 It looks like we have to say good bye to yet another artist that has influenced generations. Hans Rudolf Giger, known by most through his work on the movie Alien has passed away at age 74. The Swiss artist, who has won an Oscar in 1980 for his Alien design, has also worked on movies such as Dune, Species and Poltergeist II: The Other Side.

The artist die due to injuries suffered in a fall, but his legacy remains. Since 1998 a HR Geiger museum exists, where his own paintings and works are displayed. His influence went beyond working on film, with him being an accomplished sculptor, painter and designer, one that has used his own art as an outlet for his fears, impressing everyone and inspiring many. Describing his own work as biomechanical seems oddly appropriate when looking at the designs he himself names as attracting crazy people, yet I don’t think anyone could be anything other than awed before his work. 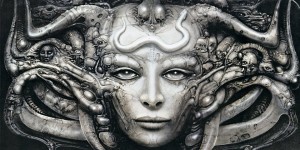 Farewell and thank you for everything, Mr. Geiger!

For those of you that want to know more about his life and work, H.R. Giger’s Sanctuary, a documentary featuring his work exists. You can take a look at the trailer below.

What's there to say about me? I love the sci-fi and fantasy genre when I read, but I am in no way limited to that alone. I do think Frank Herbert deserves a statue for his writing(if there is one, point me in that direction, please). I enjoy writing quite a lot, but I am also kinda lazy. If you want to make me happy give me books or Doctor Who collectibles. Or a real TARDIS, in which case I will love you forever.
You might also like
Aliendunenews