Marvel confirm Paul Rudd is to star as ‘Ant-Man’

After a couple of days and a variety of sites telling us,it would seem that the i’s have been dotted and the t’s crossed. Marvel have finally confirmed that Paul Rudd is to play Ant-Man in the Edgar Wright directed 2015 release. 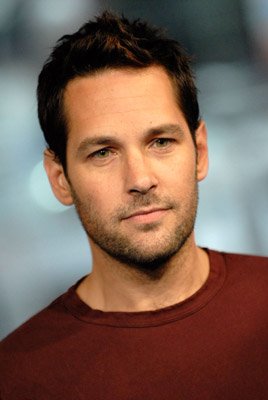 Known for his comedy roles in films such as Anchor Man, Role Models and This is 40 it would that the studio is very pleased with their pick:

[box_light]”When Edgar Wright came to us with the idea of Paul Rudd, we felt a huge sense of relief because the first step in creating any Marvel Studios film is finding the right star,” said Marvel’s Kevin Feige. “We knew early on that we had found the right person in Paul. When he not only agreed to do it but became as enthusiastic as any actor we’d ever met with about doing the work, we knew we’d found the right guy. We couldn’t be more excited for our audiences to see what he’s going to do to bring Ant-Man to life.”
[/box_light]

As usual Marvel have given no more information so we still don’t know what version Ant-Man Rudd will be playing; are they sticking with Henry ‘Hank’ Pym, the original and creator of Ultron or Scott Lang, the thief who stole the suit to save his daughter? For now we can but wait and see what approach Marvel will take.

Here is the glimpse of what is to come,  that comic con attendees were privy to, hence the dodgy quality.

Editor and occasional writer for Geek Pride! I prefer Star Trek over Star Wars, collect comics and wish I could be a superhero one day. I tabletop RPG as well as a little gaming, design the odd t-shirt now and again, update my Geek Parenting Tumblr and when I have cash to spend (which is rare) I scour the internet for Wonder Woman collectables. Also Doctor Who and Firefly rock!!
You might also like
ant-mancomicsEdgar Wright