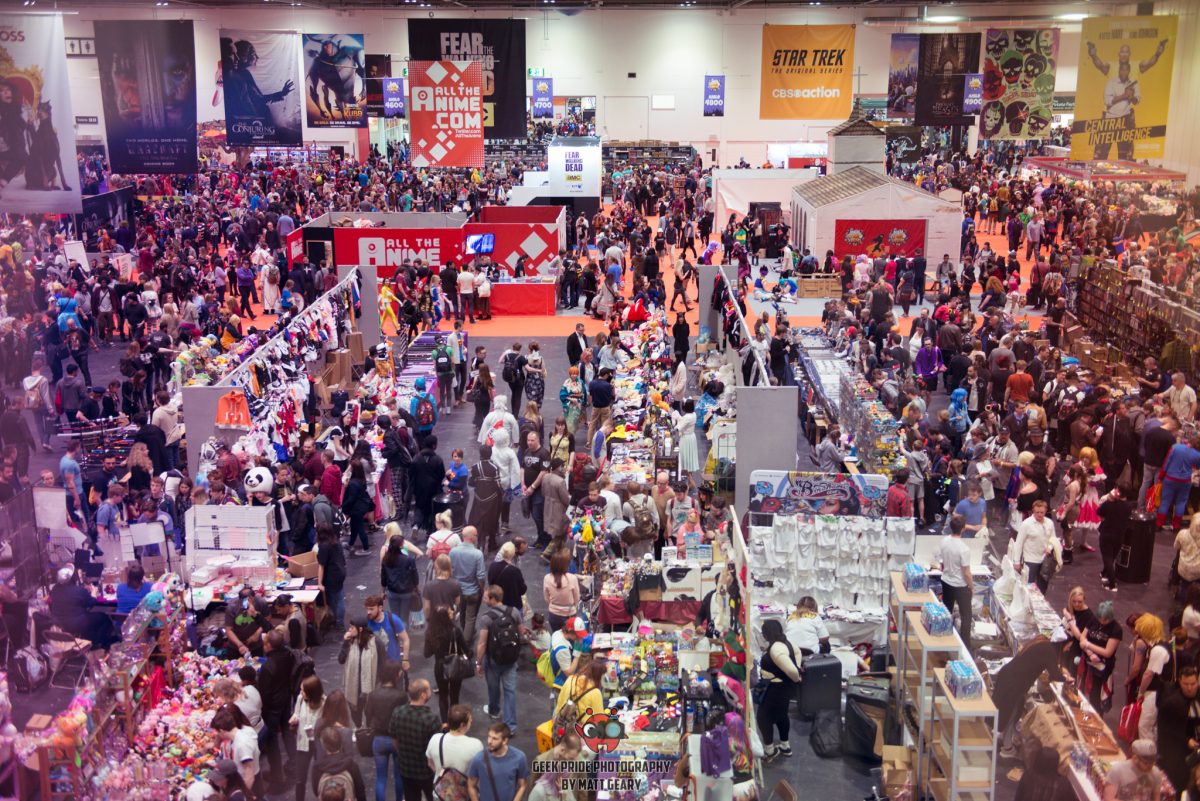 With a Summer of jam-packed conventions just around the corner, it seemed only fitting that long standing heavyweight, MCM London Comic Con kick off the festivities. Taking place on the weekend of May 27th-29th, it delivered another dose of geeky goodness to the masses as they descended upon London’s Excel Centre for a whole weekend of fun, mayhem, and pop-culture inspired frivolity.

As an old hat to this particular convention, it’s safe to say I’ve seen it evolve a lot over the years. It’s grown in number (a whopping 133,000+ people attended this year alone) but it’s also seriously upped it’s game in terms of attending guests. It’s starting to take on a real American-con kind of feel, with media heavyweights in attendance, along with the quirkier, more niche market of creators we’ve come to know and love over the years.

Some of the major names drawing a crowd this year included members of the  Agents of Shield & Arrow casts, Agent Carter’s Lotte Verbeek, The Big Bang Theory’s Kunal Nayyar and Melissa Raunch, Batman v Superman star Jesse Eisenberg, and over 200 (yes you heard me, 200!) comic creators and talent in this year’s comic village.

With some recognisable names in attendance, it would be easy to perhaps get bogged down in a sea of people (as has happened in previous years) as crowds come out in full force to see their idols, but this May, MCM seem to have taken on board a lot of the criticism from years passed and worked to fix it! It’s still busy – it’s always going to be busy when you have that many people in a confined space, but the manoeuvrability afforded by the use of both sides of the halls, and the better organisation of exhibitor layouts meant there was enough breathing room to not feel smothered which is a huge improvement on the cattle market feel of years gone by.

The ticketing again, also seemed to be a lot more streamlined for attendees and the lack of having to walk halfway around the building simply to get inside, did seem to go down very well with most weekend wristband holders. So in terms of organisation, it’s an event that has at least learnt from past mistakes, and started to take a closer look at fan experience, as opposed to just getting bodies in the door.

As for the convention itself, it was a wonderfully laid back experience, helped as always, by the swathes of gloriously dressed people who had turned out for the occasion in cosplay. I’m not quite sure how half of these people manage to nail their characters and costumes so perfectly;  but suffice to say, attendees have seriously upped their game with some works of art, that are not only a testament to their ingenuity and crafting skill – but also to the level of performance they put in. I’m inclined to think the World Cosplay Summit qualifiers might’ve had something to do with it, but honestly, it’s far more likely that the British cosplay scene has begun to seriously up it’s game.

Aside from visual wonders wandering the halls, MCM also saw the inclusion of some top comic talent (an area which it has previously been lacking), in the form of Watchmen’s Dave Gibbons, 2000AD’s Gary Erskine, and Iron Man’s Bob Layton to name but a few. It’s often been a point of contention at conventions like this, that fall under the remit of comic cons, to be sorely lacking in actual comic talent, but here we have MCM, yet again holding true to it’s namesake and making sure all facets of the geeky spectrum are catered for.

All in all,  it was actually a wonderful change of pace to have such a calm, casual and laid back convention taking place and I sincerely look forward to seeing it’s return in October and looking at just how much further it can continue to improve and grow. With any luck, I’ll hopefully see you there!