The Maximoff twins have now been confirmed for Avengers 2: Age Of Ultron! Despite his long and fairly public talk of possible 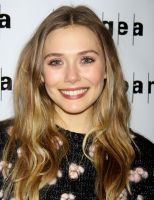 involvement in the film, initial concerns that scheduling conflicts may prevent his involvement stopped Aaron Taylor Johnson from all out confirming. It has now been firmly said that the star of films such as Kick Ass and Nowhere Boy will be stepping into the role of Quicksilver, to be accompanied by Scarlet Witch, recently confirmed to be played by Elizabeth Olson, younger sister of the famous twins and star of films like Silent House and Martha Marcy May Marlene.

Johnson will be the second portrayal of the character in as many years as Evan Peters takes the speedster to the big screen with 2014’s X-Men: Days Of Future Past. And while Johnson has been persistently public about his possible involvement up till now, the revelation of Olson’s involvement was a surprise.  The rumour was originally confirmed by Samuel L Jackson, who plays super spy and head of S.H.I.E.L.D Nick Fury, who told us that she was involved but he wasn’t sure in what role and has now been made official. 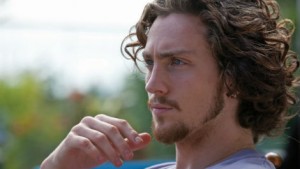 We already know that James Spader is set to play the film’s big bad, Ultron. Ultron is the creation of Henry Pym, aka Ant Man, and based on Pym’s brain patterns. The robot gradually developed its own intelligence and rebelled, and almost immediately develops an Oedipus Complex, whereby it feels irrational hatred for his “father” Hank, and demonstrates an interest in Hank’s lover Janet van Dyne, the Wasp. He is also the creator of the Vision, an android member of the Avengers who ultimately marries Scarlet Witch. While the fact that Ant Man’s solo outing is set to come after Avengers 2, suggesting that Iron Man will be Ultron’s creator in the film, the presence of the Scarlet Witch and Ultron in the same film may imply the presence of the Vision in future films.

For now though, the question is of course, who exactly are Quicksilver and Scarlet Witch? Well, for a quick breakdown. Real names Pietro and Wanda Maximoff, they’re the twin children of Magneto. That’s right, the big bad in X-Men. Intermittently good and bad, the siblings tend to side towards the heroic, though usually with a fair bit of self-interest and at times downright villainous (they originally appeared as part of their fathers’ Brotherhood Of Evil Mutants). Despite being mutants, and thus being members of the X-Men universe, they are often more likely to pop up as members of the Avengers and were prominent members of the classic line up. Quicksilver , predictably, is super fast while Scarlet Witch possesses the somewhat strange and vague ability that is Chaos Magic. Not entirely clear what this magic does, it seems fairly broad in application in that it does everything from the everyday blasts to the global event that was House Of M/Decimation, in which she removed 90% of the mutant population’s abilities. So, pretty damn powerful. 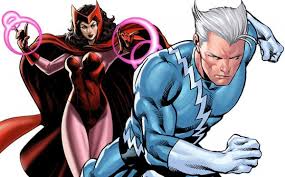 The Maximoff twins in action

It’s currently unclear as to what role the Maximoff twins will play in Avengers 2 but with Ultron involved there seems a chance that there could be some sort of setup for the introduction of the Vision and, with their mutant status, the twins will certainly serve to further stretch the ever expanding Marvel universe, touching on the already established X-Men franchise. However, while we may not know their role in the upcoming film, with such skilled actors filling the characters and with the ever excellent Joss Whedon at the helm, it’s hard not to be excited by their inclusion.

I'm a fan of Batman, RPGs and anything fantasy related. Mostly PC based.
You might also like
aaron taylor johnsonAge of Ultronant-man