Isometrics: 25 Years, 4 Colours, One Indelible Imprint: Looking Back at the Nintendo Game Boy

Welcome back to Isometrics, the sufficient shades of grey self-indulgently screening the literary world of computer and video games. Today (the day in which I’m writing this so likely yesterday to you future people reading this) marks the 25th birthday of Nintendo’s humble grey brick, the Game Boy, a console that not only revolutionised gaming by taking it out of the living room, but kept on innovating and innovating and smashing far more technologically superior competition for twelve years straight. Not even the Atari 2600, one of only two games systems actively developed for longer, can claim that. What made it such a cultural icon, and why did it endure for so long? To answer that, we need to take a trip back to the beginning…

In the beginning, there were a few prototypical games, and they were good( though played on massive lumps of hardware that at best were the size of a video player and made partly of wood). Someone heard the cries of parents trying to get their children to play outside and made a system that could be taken with them. That someone… surprisingly wasn’t Nintendo, who were at this point making japan-only Pong consoles and tiny little LCD games. Instead the call was answered by Milton Bradley, the board game manufacturer, who created something called the MicroVision, an entire game system with interchangable games that fit snug in the palm of your baseball mitt. Yes the first portable games console as we knew it came ten years before the release of the Game Boy in late 1979. 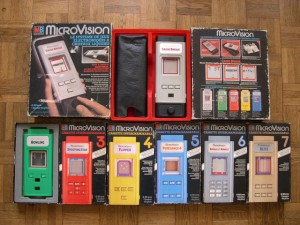 From the great digital minds behind Connect Four!

Now I hear you cry out in horror that you’ve never heard of such a device before, and the reason why was that it wasn’t very good. The issue with it is that the screen resolution was tiny. So small in fact that every single game had to be some form of brick bouncing game since no other shape could be drawn on the system. The well of games you could make with bricks dried up and the MicroVision was off the market by 1981. A similar fate befell the 1984 Japan-only system, the Epoch Game Pocket Computer, which flopped so terribly in Japan that only 5 games were ever made for it.

Not that the Game Boy was a bastion of power either. It used the already 12 years old Zilog Z80 processor, which powered Clive Sinclair’s ZX80 nearly ten years before. It could not display colour either, instead displaying four shades of grey on a delightfully (a word used under advisement) yellow tinted screen. This might not have looked so positively ancient had the Atari Lynx not been released a month later in glorious colour, with sprite scaling and 3D polygons and all that magical stuff. As is the natural state of things, the powerful technological marvel was thoroughly destroyed by the cheaper system with far more games and longer battery life. 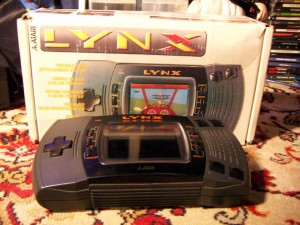 You need less a pocket, more a trolley to carry it in…

It might be unfair to characterise all of the Game Boy’s success by the fact it didn’t drain its Double-As as quickly as everything else, but it didn’t hurt. After all, once you’re addicted to Tetris on the train, the last thing you want is for the game to suddenly croak after less than an hour’s play, eating up batteries like some kind of lead-acid gourmand. This was the sad fate of people who played the Lynx, the Sega Game Gear, the TurboExpress, the Nomad and to a degree the game.com, each journey necessitating bringing a sack of Duracells.

Another, more important aspect that probably cemented the success of the Game Boy is that due to its simplicity and cheapness, it was easy to make games tailored to the strengths of the system. This lead to a wealth of punchy takes on popular console fare designed to be played in short bursts. You got games like Super Mario Land 2, The Legend of Zelda: Link’s Awakening and even Metal Gear Solid all taking what made their console predecessors work so well and succeeded in translating that onto a tiny screen. 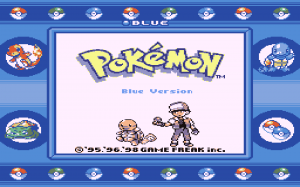 Oh, and some little game about bug collecting was released or something…

In the end though, perhaps it just adapted better than everything else. It was tough enough to survive in space and yet small enough to fit in the side pockets of your cargo pants. It fit entire worlds full of imaginary monsters or intruiging spectacle, rewarding how much skill and imagination you put into it

You know, there’s another medium you can take anywhere which contains entire worlds…

It’s books. try them. Are you surprised the humble GameBoy lasted this long? drop us a comment below or berate Dave on twitter @huggydave