previous
Dust and Sand - Chapter 33- FINAL CHAPTER - By Sean P. Wallace
random
next
(Another) Death in the Family 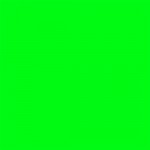 As you may have noticed on both facebook and twitter there are a number of profile pictures that have turned green.   Normally going green is all about environment issues, recycling and your carbon footprint; however, this campaign has a whole different meaning to being green (no it’s nothing to do with the HULK either… well not directly anyway). 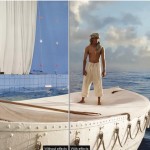 This campaign is a show of support and a protest against the imbalance in the film industry.  On 13 February 2013 Rhythm & Hues Studios filed for Chapter 11 protection (part of US bankruptcy proceedings) as they hit ‘severe financial difficulties’.

Rhythm & Hues are a VFX company whose most notable works include ‘Narnia: The Lion, the Witch and the Wardrobe’ and recently the Academy Award winning ‘Life of Pi’. 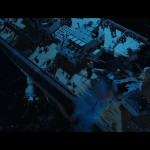 This is not the first Visual Special Effects company to file for Chapter 11 protection; last September Digital Domain Media Group Inc. who created the visual effects for the mega blockbuster ‘Titanic’ and the Coachella Tupac hologram made their application and quickly sold itself.

You would think how could this happen, especially given their involvement in multi million dollar films (‘Life of Pi’ has recently passed the billion dollar mark on worldwide ticket sales). Despite the increasingly high demand for realistic visual effects, the VFX studios are watching their profits fall as more and more competitors enter the market.  With many studios signing bad deals just to obtain work, they are short changing themselves in salary, overtime and now job security as the artists simply want to do what they love and all the while film studios are walking away with the profit. 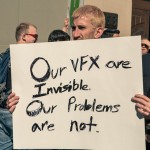 You may think this sounds familiar and you would be correct.  This has similarities with the writers strikes that hit Hollywood in back in 2007-2008; however, the 3D and VFX studios do not have a large formidable guild like the writers did and as mentioned above with more studios entering the market, film studios have never had it so good. 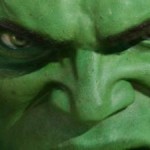 So if you wish to support the studios that have helped create and bring to life some of your favourite films, then join the campaign and go green (and yes, you see it does have something to do with the HULK, both due to visual effects and it was also directed by Ang Lee).