previous
WOSCON 2015
random
next
Calling all Board Game Designers! Chaos Unpub is Coming

I have a treat for you, fellow movie geeks.

A whole film uploaded to youtube by it’s creators for your B-movie viewing pleasure, May I present…. 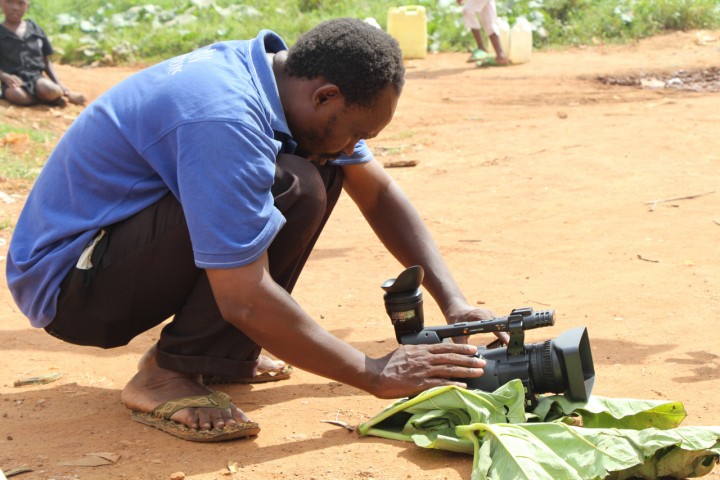 Made by director Nabwana Isaac Godfrey Geoffrey (pictured), this movie is probably the most cost effective production in history, with a budget of about £20 tops, and an enormous set of balls.

Where most micro budget features might settle for a small cast, and realistic ambitions for what can be achieved, …Captain Alex? and the other Wakaliwood (the name of their studio, after the village slums where they live, and shoot) productions that have followed it throwing in massive gun battles, Kung fu brawls, helicopter chases, blood, explosions and CG effects, as well as energy, enthusiasm and tireless dedication and inventiveness which transcends the humble origins of a film made for the amusement of family and friends, and has given rise to something that has garnered fans around the world, whose support through patreon and kickstarter is keeping the Wakaliwood enterprise in lead pipes, wooden bullets and blood-filled condoms.

There are several aspects of this film that I find excellent, 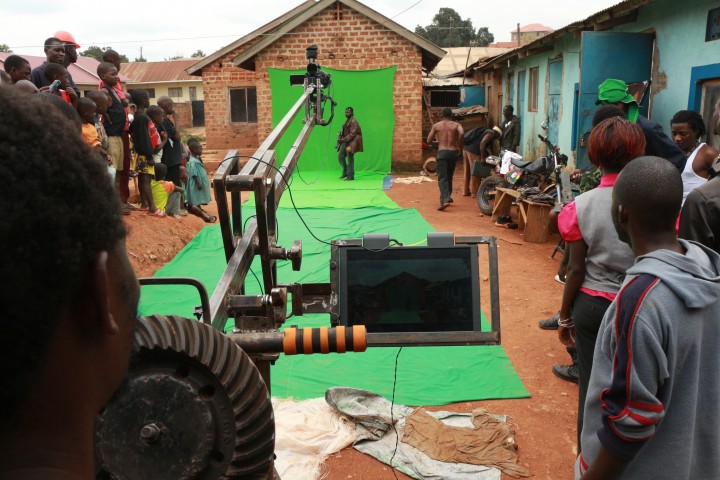 Plenty of people reckon they could make a film if they wanted to, few ever do, fewer still ever finish the damn thing, and only Nabwana has done so using props, camera cranes, green screens and COMPUTERS assembled from junk scavenged from the slum where he lives. Particularly fascinating are the vast array of guns, made from scrap wood and metal pipes, and then deployed in vast numbers on screen. The legendary junk computer, cobbled together from old parts, and presumably running some kind of Frankenwindows, is used for editing and adding in the most shonky yet shameless CG effects you will ever see.

…Captain Alex began life as a fun project for the people of Wakaliga, and a way for them to earn a crust, each cast and crew member paid in DVD copies to be sold on by them, for which they keep the proceeds, Its excellence has seen it grow from there to the best thing on the internet. The whole thing is fun, and it’s meant to watched as such, with tongue firmly in cheek. 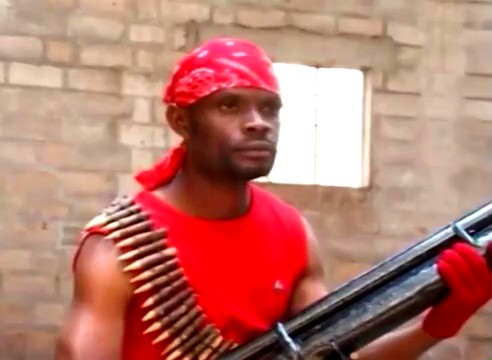 Predator looms large over this movie, it’s namechecked almost immediately and many of the actions scenes take place in a jungle that fans of Arnie’s testosterone-drenched epic will find familiar. The commandos of …Captain Alex are also similar in their attire to their Predated counterparts, and they are similarly liberal with their bullets, and never EVER need to reload. 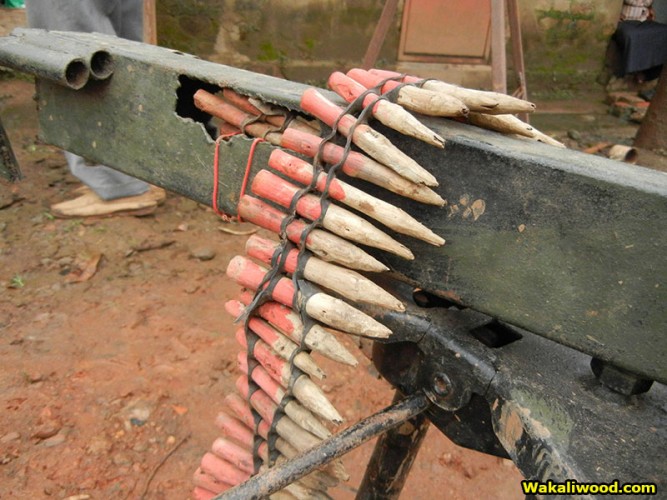 The whole thing is inspired by the kind of movie that Hollywood doesn’t really know how to make anymore, outside of joyless cash-ins like The Expendables. 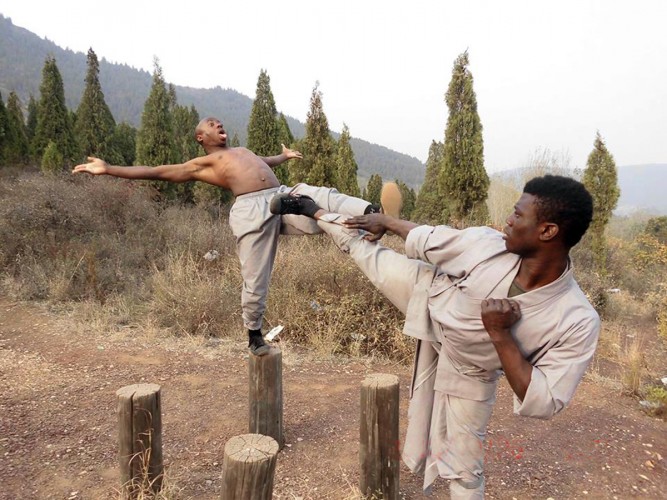 One of Nabwana’s greatest triumphs is teaming up with a local academy which teaches local kids kung fu, the proper, old-fashioned 70’s, Enter The Dragon kind. The graduates of this school are evidently willing to troop out in large number to fight on film, and they’re good! All Nabwana has to do is point a camera at them and let them go, The Raid style. But then comes the real stroke of genius, speeding up the footage. This simple expedient turns the scenes from being just home video footage of martial arts practice, into this mad, Looney Toons fight scenes. It’s brilliant. 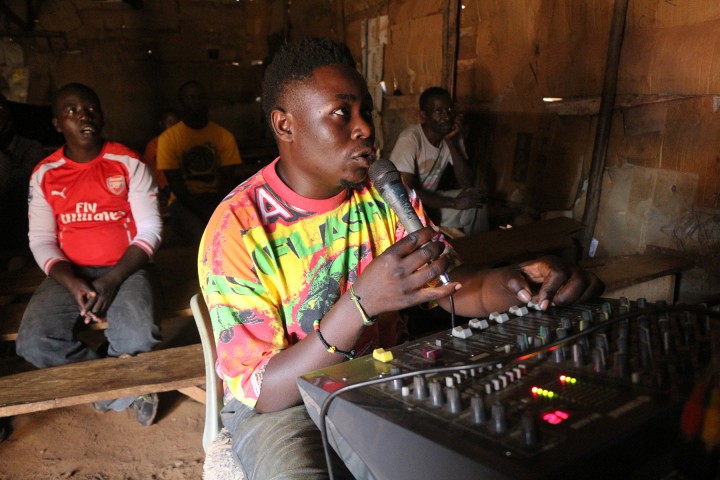 This is the real ace in the hole.

In Uganda most people watch movies in video halls, with films from Nigeria, Ghana, (Nollywood and Gollywood) as well as western films, or home grown products like this one. The mix of languages needing translation has given rise in Uganda to the Video Joker, or VJ, who will sit in the hall with a microphone and live translate the movie for the audience, except the VJ doesn’t only do that, they narrate the story, hype up the movie with random interjections (“One hell of a movie!” “Incredible Action!” “Commando!” etc.) and make jokes at the films expense, MST3K style. 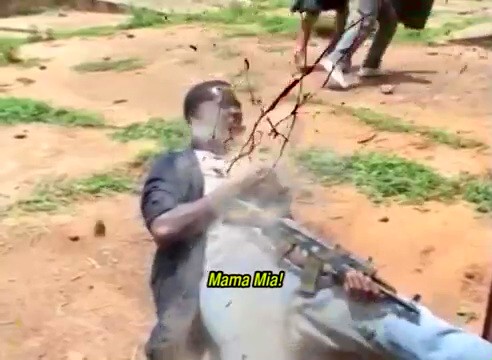 Maybe I’m getting that gritty Mario Bros. reboot after all?

The VJ takes the knob labelled “FUN” and turns it up to 11, and the version of Who Killed Captain Alex on youtube features commentary throughout by the lunatic VJ Emmie, inducting foreign audiences into how domestic audiences would consume a film like this. Namely collectively laughing and joking along with the action, in a participatory, community experience, very different from the passive, almost reverential code of silence in western cinemas.

This film is an absolute joy and you can watch the whole thing below, or if you don’t have a spare hour and a half right now, check out the action scenes supercut, then dive in for the full, bonkers experience.

All The Action Scenes

To find out more about Wakaliwood movies, you can visit http://watch.wakaliwood.com/