Isometrics: What Is Literary Gaming Anyway?

After trying to get around to it for so long, It is time to actually explain what on earth it means to be “literary” about gaming… 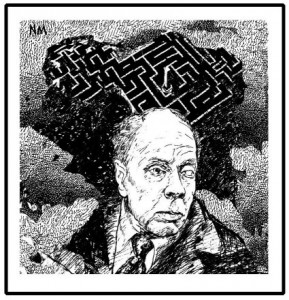 This is Jean Luis Borges, and thus this picture is completely and totally relevant. Honest.

Welcome to Isometrics, a magnanimous meta-commentary on the synapse-sparking literary world of computer and video games. For the last month and a half I have been doing these Isometrics blogs, and the response has been really rather nice. I’ve had a little feedback, suggestions and probably a better proof-reading team than most politicians, and most importantly to me got people to think about these issues and ideas in gaming that they hadn’t before, and for all that I couldn’t be more thankful.

Clearly bogus and overwrought pandering aside, there is a point to this; because I kind of have some unfinished business. You see, while I spent the last few weeks talking about Twitterfalls and Grand Theft Auto and games so bad they’re brilliant while talking about the alliterative appeal of literary gaming, I’ve not actually explained what on earth I mean by that phrase.

“Literary Gaming”? Isn’t that a contradiction in terms? You can’t game with a book, after all. Or can you? I think it’s time to settle once and for all what this blog is about – with some video game examples too!

I think the problem is that “Literature” outside of academic circles has a very concrete definition. It has to do with books, specifically, high culture high quality ones. For that matter, the subculture of gaming has a very ludocentric definition; it is the playing of games that matters and anything outside of that is considered ancillary. So by these definitions, “literary gaming” makes absolutely no sense, even less so then gaming literature. 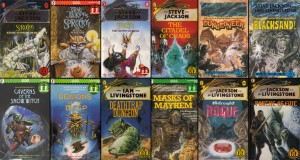 It is at this point, due to a university education,  I end up going into dissertation mode and most of you will go home/stop reading/yawn.

First of all, in the true literary critic spirit of being massively pedantic about everything, including definitions, the definition of literature is “written works”. This does not actually exclude video games, or indeed most art. I will spare you my long digressions into etymology (this time!), but suffice to say a written work can include a theatrical production, a film, a comic or even a video game. 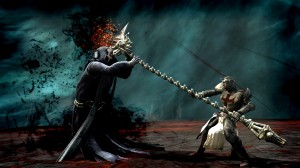 Yes, even this monstrous hybrid of literature, poetry, comic, gaming and teenage adolescence…

Part of the reason for this is that all these works have written scripts of some kind, something that is doubled for a video game (a narrative script and the game code, itself a form of written script), but that’s not entirely the reason. Writing is composition, it is an act of creation, of using a language for a particular purpose. There is nothing to say that this language may necessarily be a printed script, it may well be evocative drawings, vocal evocations, body language, framing, tone, timbre, musical composition, even a reliance on the audience filling in the blanks.

Gaming, despite the vernacular, isn’t necessarily about playing a simple game, about interacting with a set of rules to reach a determined outcome. Gaming is about interaction, about experiencing a world, a universe, a story in a way personal (either in subtle or significant ways) to the individual player/reader. It can be about both rules and experience, and it can be about neither, such is the nature of video games. They are in theory all code but this code can be used to create very different effects, like a blank canvas on which anything from tax documents to works of abstract majestic art can be created.

The act of gaming, particularly in a game with a story is to fill in deliberately left blanks, like a version of mad-libs with a physics engine. Consider a game like Mass Effect for example, a great science fiction epic tale (one I’ve mentioned two weeks in a row!), that makes perfectly clear that you are interacting in the narrative, and that your actions within the game’s universe have consequences, some more far reaching than even the game designers realised at first. These things are true of most games, to greater or lesser effect. Pong, for example allows your actions to affect the narrative of getting the score to 21 with the consequence being the end of the game. 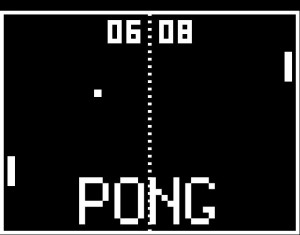 And therein lies the way in which the two can coexist. If literature is just writing and gaming is just interaction, than both can easily coexist, given that by this level of abstraction the act of reading is gaming. This obviously is useless to us though, so a different tactic is needed. One that will tragically remove Pong from our venerable list of literary games.

For centuries Literature has concerned itself with the fundamental question of what it is, which has in itself created an incredibly vibrant array of different works, each addressing that question with different frameworks, levels of intensity and outcomes. This tradition has spread to video games, with a lot of games focused self-reflexively on the history of the medium, but also on evolution and progression. One of my favourite games last year was a little indie title called Evoland, which told the technical history of the RPG through the medium of an RPG, each treasure chest opened being a new feature that radically altered and added to the game’s world. And of course on top of that you have games like the sensational Papers, Please, a game which demonstrates more powerfully than most the ways in which a game can craft a very unique literary experience. Many great works of fiction have been about dystopian areas and corruption, but Papers, Please took you through the experience of fear, and poverty and destitution and the inevitable corruption that follows is a choice of the player that is never actually made explicit. I won’t talk any more about either of these games because I feel there is definitely enough to write full articles. 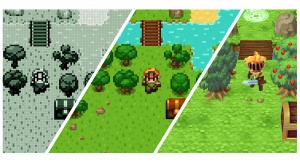 To point out, a game does not necessarily have to be literary to be of high or worthy quality in order to be good or enjoyable. Literary gaming as an idea, or a descriptor (for lack of a better word), isn’t necessarily a barometer of quality. Many terrible books are still literature, and many terrible works are still art. What sets them apart is that literary games can be explored in frameworks similar to ones used in literature, and given the broad schools of thought within the literary world, far more games are included than excluded, and I focus on games with interesting points, not just games of high quality.

To sum up, literary gaming as a concept is an exploration of games as a unique medium for telling stories and presenting experiences, through combinations of narrative, interaction and art. It is a reaction to the increasing criticism among mechanics focused game players that games have to be games first, art second and literature never. It is a celebration of games that explore that particularly strange relationship that the reader and the writer have, unique to any other artistic medium in history. It is a particular focus and school of thought that does justice to an art form, a literary form that can provide experiences, tell stories and evoke theme, ideology and metaphor in a way never seen before.

It is a celebration of video games, video gaming and the great authorial figures behind it. One of the most interesting we will explore next week, when we do the time WARP again…

What is your take?  Are games literary?  Drop us a line in the comments before, on the facebook group or on twitter, @HuggyDave for Dave and @GeekPride1 for the site. Using the hashtag #isometrics will do nothing, but may make a kitten smile.