previous
In case of Zombies, CDC has us covered, don’t they?
random
next
7 of My Favourite Xbox Arcade Games

‘In this life now, you kill or you die. Or you die and you kill’. Fitting words to sum-up the series from everybody’s least favourite one-armed bandit, the Governor, at the beginning of the series finale of The Walking Dead. With series three being over, I’m going to take a look at the finale and the show as a whole and whether the zombie-drama is still working. 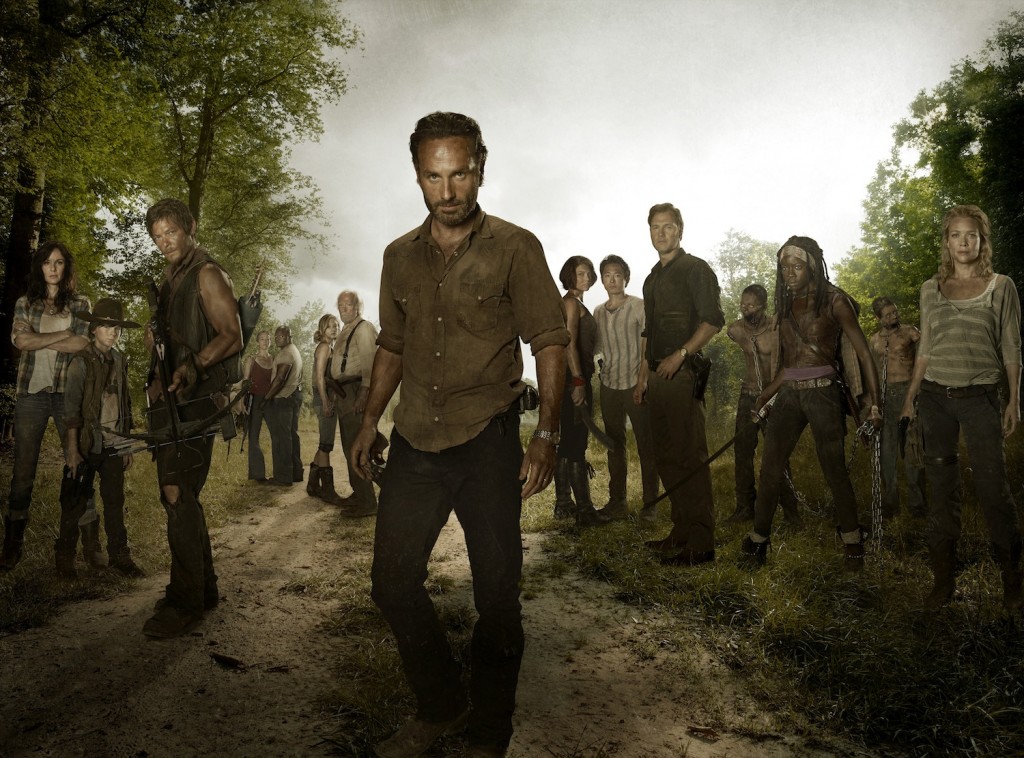 When The Walking Dead returned from its mid-season break, there was a huge lull. That final episode before the season split, ‘Made to Suffer’, was something special, and up until that point series three had made for great watching. We had Lori’s death, Merle’s return, the introduction to Woodbury and the move to the prison, despite that location becoming dull rather quickly. However, the plot really began to decline upon its return a few months later.

Nothing much was going on, besides Andrea changing her mind every episode and Rick going a little bit mental. Such a disappointment after such an explosive cliffhanger before the break. However, towards the last few episodes it began to pick up, albeit rather slowly. Rick stopped being quite so crazy, Glenn and Maggie finally started getting it on again and Milton started playing the hero. 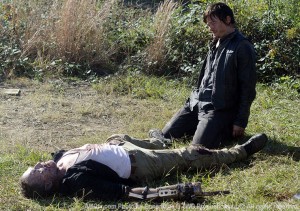 Which brings us nicely to last week’s episode and Merle’s death, which is where things really picked up again. As Cristina expanded on in her blog last week, they really did kill his character off the right way. Just when we thought Merle’s actions were irredeemable, particularly involving Glenn and Maggie’s capture, he went all hero on us.

The ending to the episode really brought back the heart to the drama element of The Walking Dead, with Daryl’s discovery of zombie Merle and his handling of the situation. 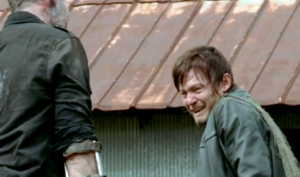 I think that Daryl’s reaction to finding Merle was a big factor in making his death so memorable, arguably redeeming his character of his bad deeds. Upon being reunited with Merle he struggled with the decision to either leave the group or abandon his brother.

After discovering the zombified Merle nomming on a corpse and having to put an end to him, I really did expect Daryl to go a bit mental in the finale. Not Rick mental, more crossbow-wielding lunatic going on a crazy killing spree mental, rather than talking to dead people.

‘Welcome to the Tombs’

The series finale ‘Welcome to the Tombs’ was not what I expected at all. Firstly, Daryl was more emo than anything else with just the one reference to Merle’s heroism and death near the beginning of the episode; ‘Merle never did nothing like that his whole life’, with Carol saying that he gave them a chance. At the prison we see the survivors apparently preparing to depart, with hope finally returning to Rick, seen in his conversation with Michonne. 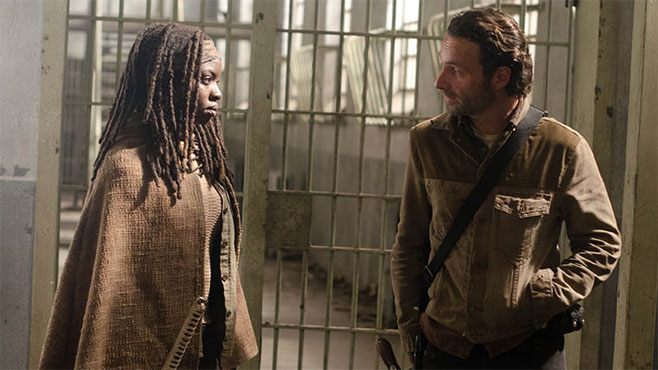 Then, there’s the Governor. The finale opens with him demanding that Milton kill Andrea, who instead tries to put an end to the Gov. This results in soon-t0-be zombie Milton and Andrea being pitted against each other, in a rather dragged out sequence of scenes cutting in throughout the next forty minutes.

My view on the entire of series three has been that Andrea really needed to die. She was such a boring character and her changing her mind about which side she was on every episode became pretty darn annoying. She had a chance to kill the Gov’ but instead just kept jumping his bones.

In my opinion, she no longer served any purpose to the show- in fact, had she ever?

All she ever did was argue with Dale and accidentally shoot Daryl. So, I’d come to the conclusion that she’d be killed off in the finale. However, when pitted against zombie Milton, I thought ‘damn, that idiot’s going to escape’.

Oh, how pleased I was when Rick opened that door and she wasn’t stood there, wielding a weapon and ready for escape as I’d anticipated. Oh yes, she’d been nommed. Huzzah! However, everyone’s tears and her silly speech about not wanting anyone to die almost made me feel bad for being so happy that she was going to. Almost. 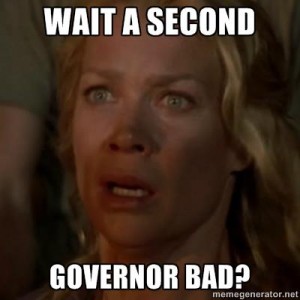 So, what else happened in the finale? The Gov didn’t die and turned on his own people, shocker. Carl’s gone all badass, shooting a Woodbury kid and then discarding his Dad’s Sheriff badge. He didn’t look too pleased at the new Woodbury arrivals at the prison either. Perhaps he’ll go on a mad spree, killing off all those oldies and  other kids. It looks like they’re setting Carl up to be a mirror image of the Governor, who was apparently once an alright guy. Perhaps his character is echoing those words ‘you kill or you die’. Not exactly a happy message there. Just like Andrea who didn’t want anyone to die, yet she herself dies at the hands of a friend, accomplishing nothing. 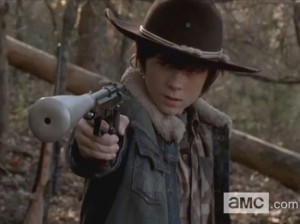 Ultimately, the series finale lacked that explosive climax many were expecting, but it clears the path for new stories on the horizon. Rick’s all hopeful and has stopped seeing the image of his dead wife around the prison and we’ve got more survivors being brought in.

However, there’s not exactly great character potential in that bus full of old folk and children, so what exactly do we have to expect from them? To be perfectly honest, they’ll probably be killed off in a massacre at the beginning of series four…

A Look at Series 4

So, what can we look forward to next season? People have been getting restless with the show lately and some are losing interest rather quickly. The Governor is still at large and will be making a return as a regular character in series four, a huge plot deviation from the graphic novel story arc in which he’s killed following the attack on the prison. The plot deviations matter little though, as the TV show has already strayed quite far, particularly with character deaths. In fact, if we followed the story from the comics, Lori wouldn’t have been killed off until the prison attack, along with baby Judith, Hershel and many others. 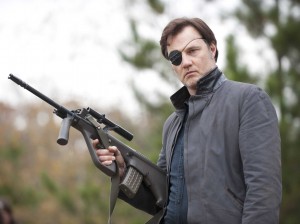 I’m hoping for a move from the prison pretty quickly. It’s too safe. That sounds weird, but what drama is there in a secured building where there are apparently endless amounts of supplies from what we’ve seen so far. The gang seem to have got killing zombies down to a fine art, so what else can happen? I believe that this is one of the main reasons they’re bringing the Gov back for another series. Rick and co. are handling the zombies, so they haven’t been a big problem this series. There was a moment earlier on when the Gov’s gang unleashed a van-full of them on the prison. My reaction was ‘oh no, a small group of zombies, whatever will they do?!’ 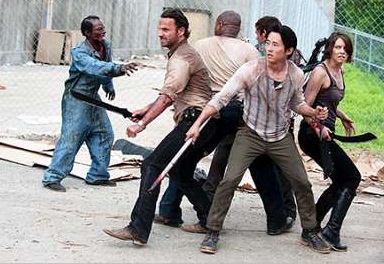 The Governor’s storyline might not be all that interesting any more, but the survivors need another threat besides being nommed. Also, there’s still a great deal of potential for further developing the reasoning behind his character’s actions. Fans of other Walking Dead fiction will know what I mean; there’s plenty to expand on. However, we really do need some new characters and definitely a new location. I think we’re going to see some darker paths for many of the characters, which is what the finale was beginning to set up. In the end, the climax for series three wasn’t about the zombies, or the war, it was about the people involved and how it’s affected them.

Because ultimately, that’s what The Walking Dead is. A drama about people and their actions during a difficult time, with a few zombies chucked in.

I'm an aspiring film journalist living in Chester. Into all kinds of geekery from N64 to Xbox, graphic novels, cosplay anime and more. I have an unhealthy obsession with Pokémon and the Legend of Zelda series. So much so that I have two Zelda tattoos and various Pokémon lurking all over my house. In my spare time when I'm not busy being a real person and working, I'm writing or making retro games jewellery. I'm also obsessed with pandas. They're fabulous.
You might also like
AMCbreakingdaryl dixon