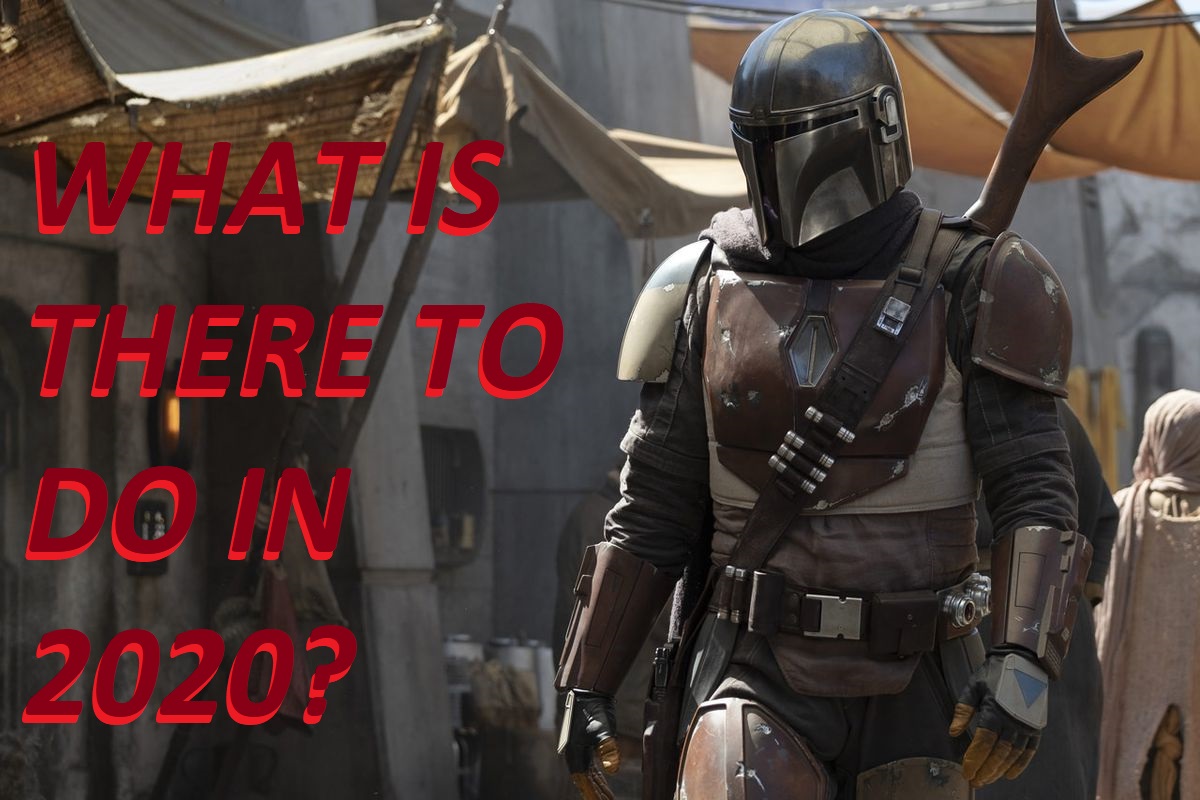 Go back three months, we actually had a lot to look forward to. There was PAX East in February, E3 in June and San Diego Comic Con in July. Also, what about upcoming blockbusters such as Black Widow and No Time To Die. All the video games such as The Last Of Us Part II and Watch Dogs: Legion which would have taken many hours from us. All of this was going to kickstart an epic Summer to further fuel a good start to the cinema releases this year! But no, 2020 had other plans. Due to the thing that I shall not name, we are possibly ready to wipe this year from the record. But is it all over?

First off, this is truly the biggest tragedy that has possibly been seen in my lifetime. To go from living an everyday life to now not even being able to walk ten feet from your front door is a shock to the system. We need to have some positives to get us through these dark times.

The San Diego Comic Con has been officially cancelled for 2020. This is possibly the equivalent to Christmas for many fans of TV and Film. The history of the event has been home to many big announcements, usually Marvel use the event talk about their big plans. Last year they announced a chunk of their Phase Four announcements and new castings, to the delight of millions of fans. While we won’t get anything on that magnitude this year, SDCC isn’t the only place to talk the big plans.

Conventions happen all year round. The UK and US host more Comic Con style events than you could possibly imagine. I can only hope and think that other dates throughout the year will have a more watchful eye over them to announce or reveal some juicy details about our favourite franchises. Maybe Wondercon will take place later in the year and give some light for us all. Fingers crossed New York Comic Con will also keep to its October date as this has also been a great source for new and returning media.

The UK though may be a different story. The conventions here are more for the exhibition of some well-crafted Cosplay’s and the meeting and greeting of famous faces are combined with panels that are more about showing the celebrity than a project they are promoting. But then again, we have still got the internet. Why not stream Q&A’s with some of the original guests on Facebook and possibly have cosplay contests online via video entry? Though I will miss visiting the candy stalls and trying to resist buying another lightsaber or a new sword.

Then we have the Gaming world. Video Games make up such a huge part of the media industry. The postponement of shows such as PAX East has really stung the fans, but it was E3 being stalled until 2021 was the biggest punch. While the conventions may have hit a snag, there is one truly powerful source for all things gaming; YouTube! Yes, the video streaming giant is quite regularly hosting events such as Nintendo Directs, Playstation’s State Of Play and Inside XBOX.

A Nintendo Direct is a regular format used by the company to promote new games and give further insight into upcoming releases. 2020 already has shown presentations specifically for Pokemon and Animal Crossing, as well as a general Direct to talk about a few announcements and release dates for other titles. While E3 may not have its presence as strongly this year, you can bet Nintendo will still give us something around that June window. Also, please Nintendo, please tell us Bayonetta 3 is coming out this year!

Playstation and XBOX have got a more unique battle on their hands. Later this year, both of these gaming giants are looking to launch their new hardware. With the launch of the PS5 and Xbox Series X, the new generation is soon to begin. Be sure to see more information and game announcements arrive for both platforms before the end of the year. I personally need to find out if XBOX will make Hellblade II a launch title!

Then there is the cinema. Yes, 2020 is looking a bit less impressive at the moment. There are many release date changes even going up to 2023. But there are still some great gems to look forward to this year.

First off, Disney are still looking to release Mulan in July. DC will be unveiling Wonder Woman 1984 in August. No Time To Die is still set for November this year. Disney/Pixar collaboration Soul is also set for later this autumn as well as the much anticipated A Quiet Place Part II.

For me though, I am most interested in seeing Phase Four of the Marvel Cinematic Universe kick off. Even though we know so much about Black Widow, I still feel there will be a lot more to this movie than we could possibly believe. Can Scarlett Johansson steal the box office in November? I am pretty sure she will. It is worth noting that this will be 16 months following the last film in the MCU.

Also, all new trailers and announcements will always make their way online. I really want a trailer for The Eternals and Venom 2 to give us some more comic book hype in the next 12 months. I also just can’t wait to plant my backside into that seat and enjoy my overpriced popcorn and soft drink!

This will be my last area to cover. Television has been really impressive over the last few years. HBO brought us the amazing Watchmen series last year, Netflix has broken the video game curse with the animated Castlevania series and who doesn’t love Better Call Saul? Well, these have factored into my favourite of TV shows in the last 12 months. We keep hearing about certain shows that have hit delays due to the ongoing troubles, but I want to tell you about what is still on the way.

If you are on Netflix, you have got a real treat on 24th April when After Life returns. The second series of the Ricky Gervais comedy will surely make you laugh and cry in equal measure. Nadiya’s Time To Eat is a cooking series from the winner of Great British Bake Off, coming later this month. Also, if you really want a quirky show, mockumentary series Space Force sees Steve Carell back on TV to make you smile. Also there are lots of dramas from around the world which are worth checking out.

Over on Disney Plus, you can expect a more family orientated line up to come. Chip and Dale return this summer for a new show. Marvel is expected to release The Falcon and The Winter Soldier (may be delayed) and WandaVision as part of the fourth phase of the MCU. The big one though is The Mandalorian Season Two set for October this year. Plus, countless other favourites you can revisit.

In terms of other networks and platforms, there is an air of uncertainty over many. HBO has got the Perry Mason miniseries in June which will be worth a watch. Rick and Morty returns to Adult Swim on May 3rd for part 2 of season four. The last season of Agents Of S.H.I.E.L.D. is set to start late May. The TV adaptation of Snowpiercer is also on the way. The series looks exciting and will surely strike interest from May 17th.

In conclusion, 2020 is not a total write-off. The way to sort the world is to just stay home as much as we can until things get better. Let’s hope this will provide a more positive use to your time in isolation.

I hope you all stay safe, stay healthy and remember to take care of people where and when you can. I just also want to say that in these times when things are hard, remember to talk to someone if you need to. Maybe even phone that friend or family member you haven’t spoken to for a while, it could make their day. We may be isolated, but we are not alone.