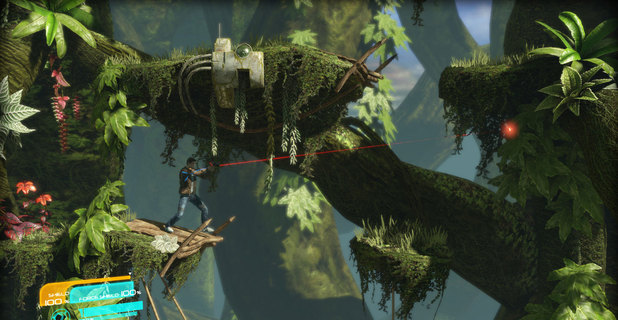 If you’re an old Amiga, Atari ST, Mega-Drive (Genesis) or SNES gamer, then you’ll remember the classic platformer Flashback… and you may be happy to find out that Ubisoft have confirmed that it’s being remade for the PS3 and Xbox 360. 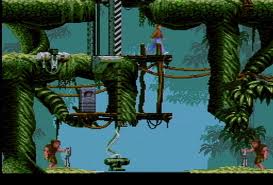 If you’ve not heard of Flashback, or if it’s a little before your time – it’s prettymuch a science fiction version of the classic Prince of Persia games, but with some more spatial puzzle-based elements to it. The player-controlled character has realistic movement & abilities which were beautifully animated at the time of the game’s release.

Published by US Gold back in 1992 (just saying US Gold makes me nostalgic – they published prettymuch every 90’s game going!) and developed by Delphine Software International, Flashback was like a “spiritual successor” to yet another of my favourite games of the 90’s, “Another World“.

The cinematic nature of the game helped to immerse the player in it’s lush jungle and cityscape environments, and because of this I lost many hours of my life to this game. Another awesome, yet small aspect that I really enjoyed was that the SNES & Mega Drive versions of the game had a Marvel comic enclosed with the instructions to explain the initial story.

The protagonist is a guy who’s suffering from amnesia and equipped with a gun, a force shield and a portable force field. He quickly finds out that his name is Conrad and he’s an agent for the Galaxia Bureau of Investigation on a quest to stop the destruction of the Earth by shapeshifting aliens.

The level design, story and animation along with some of the frustratingly-trixy puzzles made this an instant classic, and a sequel was produced for the Playstation called Fade to Black, but this didn’t capture the essence of the original as well, in my opinion.

However this game getting a remake for current-gen consoles is great news, and the best thing is that it’s the same core programmers who are undertaking the task.

Check out the announcement trailer below, and see what you think.