Agent Coulson is back for Whedon’s S.H.E.I.L.D! 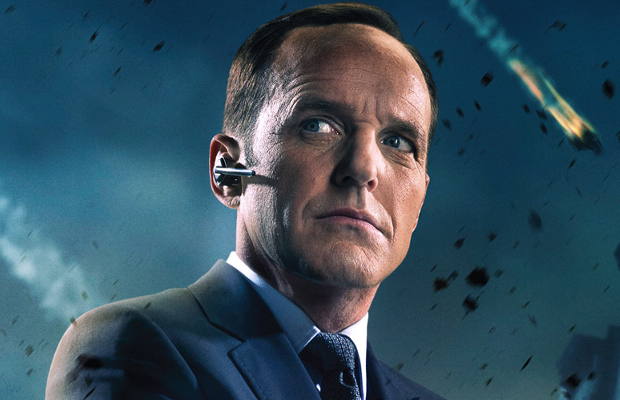 When I found out this little piece of news I was sitting in a very posh restaurant. We were there for a Hen Do so had already brought the tone way down with our penis straws. Anyway I made it much worse by exclaiming “YES!” very loudly, becoming the centre of attention in a very quiet room. But I had very good reason, Clark Gregg aka Agent Coulson is to star in the much anticipated S.H.E.I.L.D. Woo! you have one very excited geek gal here.

When he was  ‘killed off’ in Avengers I must say I was a little disappointed, I’d spent a good few years watching this guy with his dead pan attitude and calm and cool exterior tie the Marvel Movie Universe together. Then BAM! he’s dead, with good reason I admit, he brought together the Avengers, but it left me very sad.

Next came the rumours that Coulson would return as Vision, the synthezoid with a heart. Though the whisperings are still flying around the internet, the people who matter have played it down. At the Kapow Comic Convention back in May, Joe Quesada, CCO of Marvel, said “The fans desire for him to become the Vision? I dunno man, it doesn’t feel right,”

The news that Agent Coulson will be not be leaving the Marvel Universe just yet, was announced at New York Comic Con by non other then Joss Whedon and Kevin Feige, the guys heading up S.H.E.I.L.D. It started with a short clip, a tribute to Agent Coulson ending with the line “We remember his Legacy. Always… Rest in Peace, Agent Phil Coulson 1969 – 2012.”

“I just want to say because I won’t have another chance to ask this — ‘Have you heard of a Life Model Decoy?'” asked Coulson. “I don’t know if you’ve read the theories from the people on Twitter, but there’s this guy called the Vision. I don’t know if you saw the UK version of the DVD, but the blade wasn’t coming out of his chest. There’s a tesseract!

“All around the globe you can see graffiti, bumper stickers that say ‘Coulson Lives!’ You have the power, Jeph! I feel like we could make this happen right now!”

Cue the geek god himself Joss Whedon on screen met with a round of very excited round of applause. Whedon had this to say:

[quote]We all love Clark Gregg, there’s no doubt about that.  From before we made ‘The Avengers,’ we discussed whether there was a way for him to be a part of the Marvel Universe, perhaps a part of a TV show even after his death. … The fact of the matter is, as much as we love him, now that I’m really running Marvel, I like to keep a type of artistic integrity, which means we don’t stretch the bounds of reality[/quote]

Whedon’s partner in crime, Feige, then appeared behind him wearing a ‘Coulson Lives’ t-shirt adding ” There was never going to be a ‘S.H.I.E.L.D.’ show without Agent Phil Coulson!”  With Whedon ended with “He’s headlining the S.H.I.E.L.D. show and always was.”

With that Loeb confirmed that Clark Gregg is the first member cast for S.H.E.I.L.D,  Clark Gregg exited the stage in a hail of applause and whooping confirming for Marvel and Whedon that this was exactly what every fanboy/girl wanted.

With no other details I can only speculate at how they are fitting Coulson in. Is it set pre Avengers? Or was it a Life Model Decoy that ‘died’? Are the Vision rumours true after all? You have my word that I will be watching and waiting and reporting further news about S.H.E.I.L.D as it comes in. Until then Coulson is back!