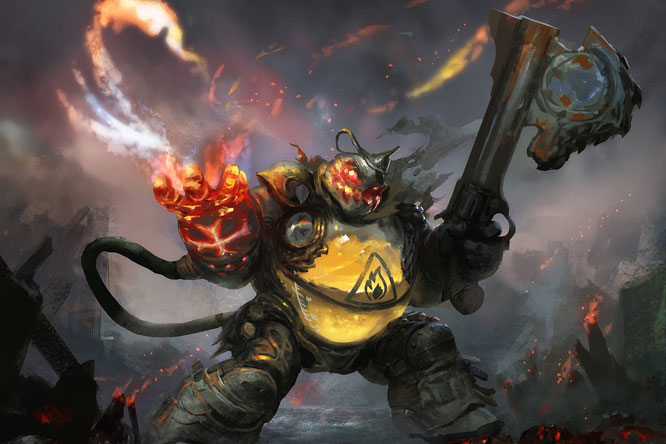 Anyone who’s a fan of American McGee’s Alice, or Alice: Madness Returns will have been following the updates about the forthcoming titles Alice: Otherlands & OZombie for a little while now.

We’ve been fed tantalising bits of artwork through the official American McGee Facebook page, and if you’re anything like me, you’re loving what you’re seeing.

[pullquote_right]Should we reach an agreement, then come July, it’s full steam ahead on a Kickstarter for Alice. If we cannot, to Oz with Dorothy we shall go.”[/pullquote_right]Well, good news folks! Spicy Horse and EA are finally set to bury the hatchet in regards to the licencing over the Alice franchise, and regardless of the outcome, one of the new titles will be Kickstarted this July.

Looking at some of the artwork from both titles, the dark and twisted imagery is awesome and is exactly what I’d expect from an American McGee game. I’ve been a big fan of the titles since the first Alice game back in 2000 – if you’ve not managed to play any of these games I’d urge you to do so.

Spicy Horse issued a newsletter with regards to the projects’ progress:

“It still comes back to our negotiations with Electronic Arts for a licensing agreement to produce a new Alice title. Should we reach an agreement, then come July, it’s full steam ahead on a Kickstarter for Alice. If we cannot, to Oz with Dorothy we shall go.”

So if EA relinquish their hold on the franchise, we’ll see Alice: Otherlands get a Kickstarter campaign first, and if not then it’s the new OZombie franchise that will get the benefit of some crowd-sourced funding.

Which would you rather see first? In all honesty I don’t mind – I’ve been loving the concepts coming from the Otherlands camp, as well as the undead exploits of Dorothy Gale.