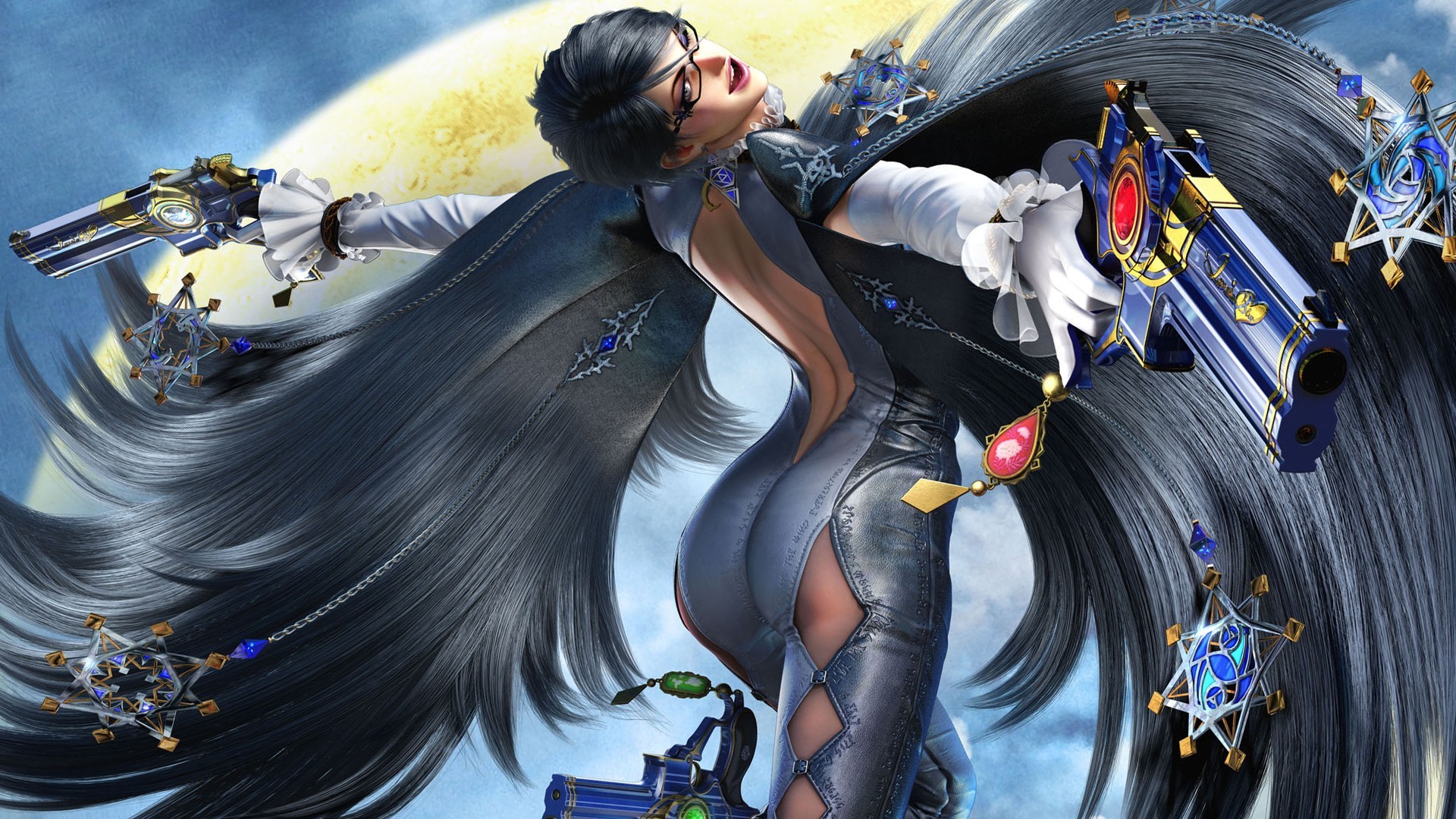 The original Bayonetta, released on both Xbox 360 and Playstation 3, was a huge success in both eastern and western markets, launching in 2009 and 2010 respectively. Not only was it a commercial success, but a huge surprise on how brilliant the game was as a whole. Platinum Games always fully deliver on each masterpiece they set out to create, and this surprise sequel is no exception. Bayonetta 2 smashes away any negative expectation that a Nintendo published sequel carried, and cements itself as the best action game out there, period.

First announced back in 2012, Bayonetta 2 starts a few months after the events of the first game and, as a result, it would be highly beneficial to have played the original Bayonetta before hand. Whilst beneficial, however, it’s definitely not a must. The game never takes itself far too seriously, so you soon learn the relationships between characters and prior events based on the actions and dialogue presented throughout your time with the title. New characters integral to the plot, such as a mysterious young boy called Loki, are introduced, and feel right at home with the returning cast. Immediately accessible to newcomers and veterans alike, the game wastes no time in throwing you deep into the action.

From the opening sequence, you’re thrown into an absurd, yet alluring, combat scenario where you’re able to have a play around with the controls in a real combat situation before the game properly tries to teach you intricate controls later on. In this instance, the graphics look gorgeous, but being thrown into a situation like that from the get-go can be a double edged sword. For those that never played the original, they literally have no idea what the buttons are and, after mashing away, you can conjure up some impressively large hair-based attacks, which seem to obscure the action here more than anywhere else in the game. Is this a negative? So-so. See, Bayonetta 2 is a wild, over the top game, and it revels in the pleasure of being out there. If the opening sequence doesn’t excite and bewilder you in equal measure, then I’m afraid this may not be for you.

The writing and humour of the first game are back in full force, bringing copious amounts of enjoyable scenes, even if the vast majority are highly sexual. However, for a game where the main protagonist’s clothes are made up of her hair, which often disappear during her larger attacks, the highly sexualised character and themes should come as no surprise. You just have to see the first cutscene, wherein Bayonetta has her white dress ripped by angel’s spears to highly sexualised grunts and moans, to her then fighting naked until her trademark, albeit updated, costume design covers her body, and you’ll soon get climatised to this games particular brand of wackiness. And if your favourite brand of wackiness has a bit more Nintendo-love in there, there’s a huge amount of Nintendo themed costumes to purchase within the in-game shop, such as Samus, Peach, Fox and Link, just for good measure.

A games immediately accessible combat can usually be both a positive and negative, meaning that whilst the controls are easy to get a grip of, things can get repetitive and, as a result, boring. Not in this case. With a multitude of combo’s and nuances of combat to learn, the game does a great job of keeping things fresh whilst never truly changing the pace of combat up. Dodging before an attack connects with Bayonetta will enable Witch Time, slowing down enemies around the title character to let you lay into their near-motionless bodies for a few seconds before all hell breaks loose once again. Torture attacks are back in full force too. These graphic, over the top, moves are enabled when an enemies health is nearly depleted, and acts as a finisher where the poor soul will be subject to an infernal device that will, no doubt, shower blood over the screen, as well as grab you some lovely rings too. Halos are back as the game’s currency, and enable the purchase of moves, weapons, items and costumes alike, as well as being a lovely nod to Sega’s loveable hedgehog’s Rings. Incidentally, the first chapter of the game features Bayonetta standing on top of a bi-plane as Enzo flies in, which is once again another nod towards Sega’s other titles.

Bayonetta 2 is an absolute pleasure to experience. Over the top action coupled with a wicked sense of humour, neatly wrapped together in a overly sexual package that, thanks to the laid back attitude of the game, never gets old. Throughout your time returning to the Bayonetta universe you’ll be amazed, you’ll laugh, and you’ll most likely turn the sound down in places so it doesn’t sound like you’re watching porn, but you’ll love every second of it. The main game may only last 10 hours or so on your first play through, but you’ll immediately return to it and once again fall in love with it.