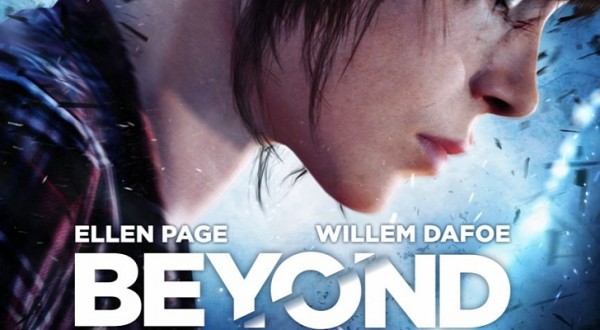 Following the commercial and critical success of 2010’s Heavy Rain, Quantic Dream‘s next PS3 exclusive ‘Beyond: Two Souls‘ has tonight become the first video game ever to be featured in a major international film festival. The audience were shown a specially edited 35 minute preview built from in-game footage followed by a motion capture demonstration and Q&A session with director David Cage and cast members Ellen Page, Kadeem Hardison and Eric Winter. Chairing the presentation was writer and New York Times journalist Harold Goldberg.

Beyond: Two Souls has been described as “a marriage between cinema and games” and tells the story of Jodie Holmes, a young woman who was born with a supernatural link to an invisible entity known only as Aiden. After years of struggling with her unique gift, Jodie becomes estranged from her parents, is given the lab rat treatment by corporations and government hoping to harness her power and finally escapes as a homeless and penniless fugitive. Sadly, however her pursuers never seem to be far behind and life on the city streets also come with its own problems. 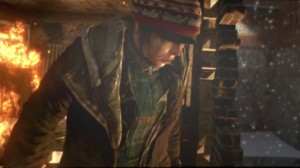 Forced onto the streets, Jodie has to rely on Aiden and her wits to survive.

The demo first featured Jodie’s initial  hours on the streets including a telephone call to her mentor, a scientist and close friend played by Willem Dafoe. In an extremely emotional scene, Jodie is then rescued from the streets by a homeless stranger before attempting to commit suicide by jumping from a building, a plan prevented by the spirit of Aiden who Cage has described as being sometimes helpful or controlling based on the situation.

In later scenes, Jodie saved a new homeless friend from an attempted YouTube mugging by four street thugs, helped by the spirit of Aiden and delivered a baby in a backstreet before being forced to escape from an abandoned building during a vicious arson attack by the camera phone gang from earlier. The demonstration ended with Jodie being attacked with a baseball bat and left for dead before the ambulances and fire crew arrived. In case you haven’t already guessed, this isn’t a game meant for kids.

Visually the game looks incredible, even compared with Heavy Rain which still remains one of the best looking console games available and is testament to what the PS3 can still do in the right hands. The world seems to live and breathe, character faces and expressions look extremely realistic and the high quality visuals of the scenery should make for an engrossing and immersive experience throughout the game’s 10 hour single player story. 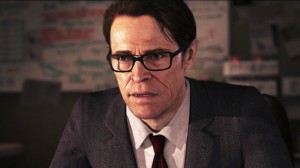 The cast list for Beyond: Two Souls is capable of rivaling many major Hollywood productions.

The control system appears to be similar to Heavy Rain in that players will be prompted for button presses or motion control movements during the action or dialogue with the game’s other characters. Players will also be able to summon or take control of Aiden at the touch of a button for puzzle solving or to help Jodie and her friends at a time of need. The demo included Jodie calling upon Aiden to open a locked door from the other side and to check on the health of her friend’s then unborn child.

Cage was however quick to point out that this is a game ‘more about people than about the supernatural’ and the main focus of the story is to invoke player emotion and sympathy for Jodie’s situation, despite the supernatural elements.

During the closing minutes of the Q&A session, when asked about how he expects Beyond to compete in today’s market of franchise first person shooters and budget or free to play mobile games, Cage replied that Quantic Dream are working to create an extraordinary experience that is different from most other games available today, adding that “you don’t always need a gun to interact”.

Personally I cannot wait to play this game. Quantic Dream stand out as a very unique  studio and Cage seems to be a visionary capable of looking at the medium differently and pushing it in ways not usually explored by other developers. PS4 or not, this should definitely be a game to watch out for when it launches this October.

Beyond: Two Souls will be released for the PS3 on 8th October 2013. If you would like to try one of Quantic Dream’s earlier titles in the meantime, then I highly recommend Fahrenheit (AKA Indigo Prophecy) which was released on the Xbox, PS2 and PC in 2005 and is currently available from Good Old Games for $2.99 (roughly £2). The GOG version is guaranteed to be compatible with Windows 7 and Windows 8 and will definitely be cash well-spent.

A proud member of the Geek Pride video games editing team, Sai can currently be found trying to get through his Christmas games backlog (and failing miserably at it).
You might also like
beyondbeyond two soulsdavid cage