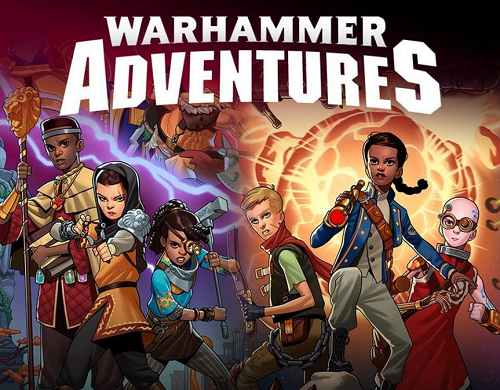 Black Library, Games Workshop’s publishing arm, made an announcement recently which could quite easily have been mistaken for something from satirical website The Daily Mash – A series of books (set in the worlds of 40K and Age of Sigmar aka Warhammer for the old guard) aimed at young kids.

Warhammer Adventures is exactly that.

Whilst it’s definitely understandable that Games Workshop needs to get young people interested in the games that make up the foundation of its business, and a series of novels aimed at young kids is a potentially great idea, how you actually go about doing this is a bit of a dilemma.

How do you take the setting of 40K, one of constant endless war, one where humanity is a galaxy spanning fascist empire built around the worship of a God emperor, one that has its own secret police charged with fighting off the malevolent influences of gods fixated on murder, disease, hedonism and dark sorcery and make it a vehicle for child friendly adventures?

The art design is great though.

The first titles in the Warhammer Adventures series will be Realm Quest: The City of Lifestone by Tom Huddleston and Warped Galaxies: Attack of the Necron by Cavan Scott