by Stephen Brewer on 18/09/2014
Details
PublishersGraphic Novels
By

Could have been darker, more adult

A great read about the pitfalls of hero worship

Whether it be book or a graphic novel, if you finish in one sitting it’s due to one of two reasons: either you have too much free time or you’re enjoying it too much (to which I’m sure Harry Potter fanatics can attest). For me and in the case of Howard Shapiro’s The Hockey Saint it was definitely the latter. It’s a great read about the pitfalls of getting to know your idol, something college sophomore Tom Leonard quickly discovers when he strikes up a friendship with 21-year-old Hockey Superstar Jeremiah Jacobson. 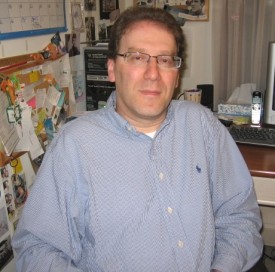 The way this story is written brings it down to Earth in that it’s very real and for the most part very believable. Shapiro has managed to make the characters relatable and bring their emotions out for all to see, but don’t worry if you know next to nothing about Ice Hockey, as, while the book does follow a hockey superstar, there is very little in the way of the actual sport. In fact the closest you come to seeing a panel of actual hockey is of Jeremiah Jacobson in a newspaper wearing his uniform in Chapter Ten. The story instead focuses more on the private life of a man who loves the sport but was not ready for the attention it brought him. 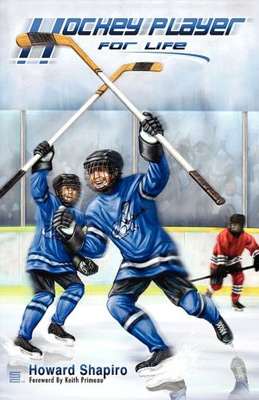 The only critique would be a wish that the author showed a darker, more adult side of Jeremiah Jacobson, his issues with the press and how he decides to cope with them is a serious topic. However, never does Shapiro seem to be fully out of control, in fact most of his decisions are very sensible. Now whether these decisions came about through choice and wanting his book to have a more global appeal or whether the writer is used to writing more for younger readers, like his novel Hockey Player For Life is unclear. It certainly doesn’t detract anything from the main storyline.

I would be amiss not to talk about the art style which is illustrated by the talented Marica Inoue and coloured by Andres Mossa who has worked on both  Spiderman and Deadpool. The book also features a very apt front cover by Neil Googe (Batman, Judge Dredd), of Jacobson looking unhappy in a locker room surrounded by cameras,.perfectly capturing the main character’s troubles. 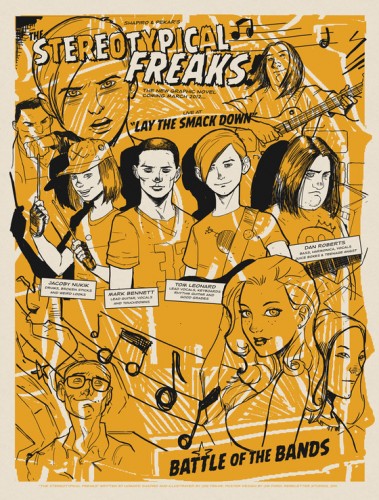 This is Howard Shapiro’s second installment in his Forever Friends trilogy, the first being Stereotypical Freaks, but don’t let that put you off – you won’t lose anything if you read this as a stand alone book.

The novel itself is coming out on the 14th October this year and to promote this fact there is a small, online retro game at thehockeysaintgame.com. On October 4th they will be holding a tournament where prizes will be awarded, so get practicing now.

As an aspiring journalist I have found a home here at geek-pride, where I can write upon many subjects. If anybody has something they believe should be reviewed or newsworthy then feel free to send me a message, I always enjoy talking to people.
More Goodness
Batmancomiccomics