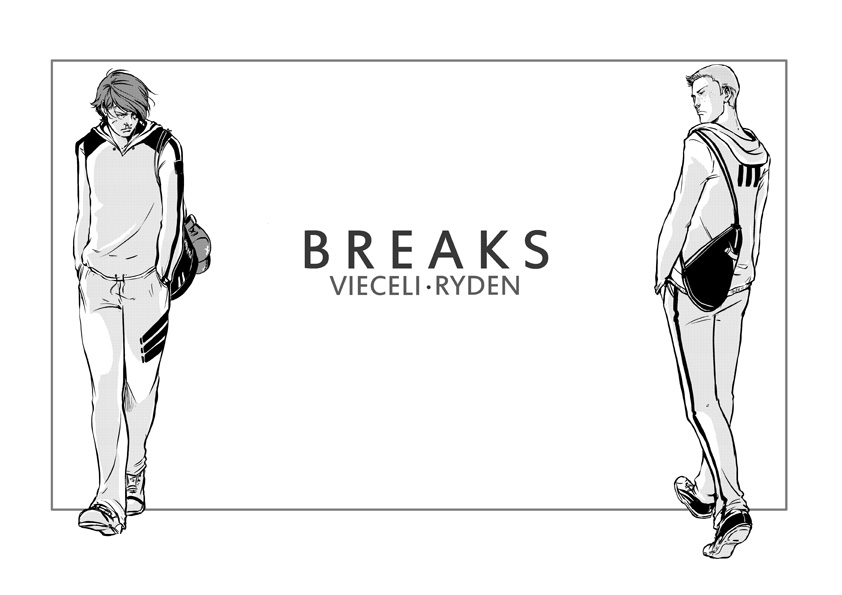 Good news for the fans of web comic Breaks by Emma Vieceli and Malin Rydén. The first volume is going to be published by Soaring Penguin Press in the latter part of 2017. The popular comic, that has been running as a weekly segment from 2014 to 2016 tells the coming of age story of Cortland, whose life gets turned upside-down after he accidentally kills someone.

“On the eve of the boxing match that would confirm his place in the under-18s commonwealth boxing team, Cortland caused the death of another teenager in a street brawl. After escaping a murder conviction with the help of his brother, Cortland is relocated to Queen Anne’s school, in the sixth form college with his best friend, Polish immigrant Irena Chrona.

At times violent, Breaks is a story of two young adults discovering who they were, who they are, and who they will become. It’s a love story…but a little broken.” 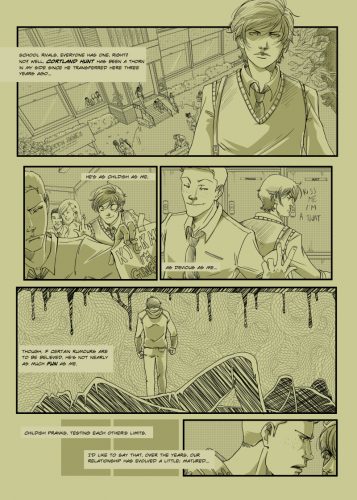 For those unfamiliar with Breaks, here’s a little sample of what you should expect in terms of art. I think it looks stunning, don’t you? The two authors, though their names might feel unfamiliar, are not new to the business.

Emma Vieceli has worked on Doctor Who for Titan comics, the New York Times-bestselling Vampire Academy graphic novel series for Penguin Random House, Avalon Chronicles for Oni Press and the critically acclaimed independent web series, BREAKS with co-creator Malin Ryden . More recently she  worked on the Alex Rider series for Walker books, The Adventures of Supergirl for DC comics, and Back to the Future for IDW. Alongside comics, she worked on the A&E television series, Bates Motel, providing the sketchbook found by Norman Bates.

Malin Rydén is a published freelance fiction writer, currently working on projects that include a collection of horror shorts dealing with what lurks beneath the idyllic Swedish surface, a time-travel novel about the worst dad ever, a paranormal crime drama as well as several collaborative projects with other authors.

Are you impressed yet? I sure know I am.

While there is still quite a bit of a wait for the trade union and limited prestige publication, Breaks can be read online at http://www.breakscomic.com/  If you’re already familiar with the source material, feel free to let us know what you loved or hated about it and, if you are a newcomer, as a lot of people are, why you would read it.