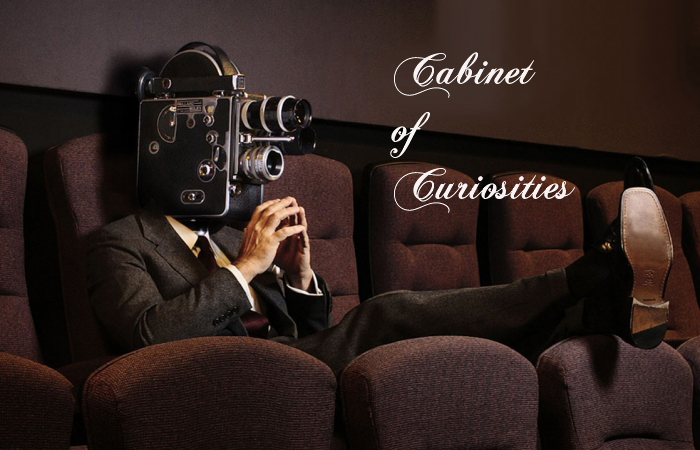 With the advent of streaming services like Netflix, Lovefilm and others vast libraries of films are now available for your viewing pleasure but navigating through these libraries can be time consuming and frustrating, often leading to missing out on the wheat hidden amongst the chaff. This is my guide to the lesser known and the somewhat obscure or cult films that film fans may have missed. The genres will be varied as will the age of the films.

Most of these should be available for viewing and if not they are worth tracking down:

Preaching to the Perverted

Henry Harding (Tom Bell), a British government minister on a moral crusade against the ‘filth’ and ‘degenerates’threatening the country convinces the naïve and sheltered Peter 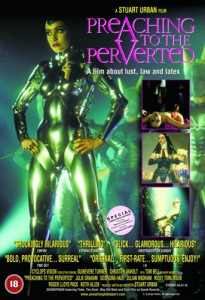 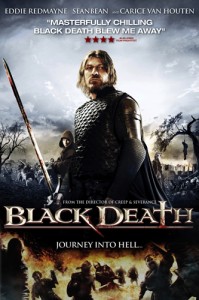 A young monk (Eddie Redmayne) joins a motley crew of warriors commissioned by the church and lead by imposing zealot Ulric (Sean Bean) to investigate claims of a remote village that is apparently immune from the bubonic plague that is sweeping the land and decimating the populace.

Christopher Smith (Creep, Severance,Triangle) has built quite a reputation for underrated films and this is possibly his best offering . The first thing you notice is the oppressive almost choking atmosphere of Middle Age era England, mist shrouded marshes, freezing dales and miserable, gaunt looking people scraping out a living anyway they can, whilst the dead literally pile up around them. Whilst it initially has a Dirty Dozen aspect it really has more in common with underrated 60’s classic Witchfinder General than anything in contemporary cinema, it really defies easy categorisation too, which is a rare thing in modern cinema.

Charged with finding the leader of the village in question – who is suspected of necromancy and use of the dark arts, Ulric and his men are anything but merry with the Abbot saying “that man is more dangerous than the pestilence itself” in reference to Ulric. Carrying with them a vast iron maiden like device for gaining a confession out of their prey; by far the most disturbing aspect is it’s examination of the very real horror man inflicts upon his fellow man in the name of blind faith. For this rumoured untouched oasis is seen as affront to the church, for the church has decreed the plague as God’s wrath and a test of faith. One encounter with a group of witch burning locals is particularly chilling. 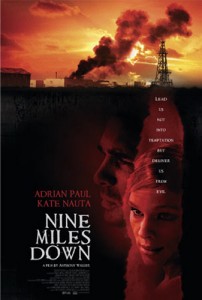 Security agent Thomas “Jack” Jackman (Adrian Paul) is sent to a drilling facility in the Sahara desert to find out why all contact with the station has been lost. After battling through sandstorms and searching the apparently abandoned facility he meets the svelte and attractive Jennie (Kate Nauta) a member of the research team based there. Thomas finds himself questioning his own mind after being plagued by horrific visions, what were they drilling for and why is there no record of Jennie on the research team and what happened to the other team members?

There are echo’s of John Carpenter’s The Thing and Paul Andersen’s Event Horizon in this far better than you would expect psychological thriller. It’s opening scenes of Jackman stumbling around amidst a howling sandstorm before finally finding shelter in the disturbingly quiet facility set up the sense of isolation well. The first appearance of Jennie, as if out of nowhere, is well done and the sense of ambiguity about what’s actually happening is well handled. With Jackman seeing so many jarring and disturbing things you’re wondering what’s real and what’s not just as much as he is as the paranoia kicks in.

The numerous and varied hallucinations are well done, from a whole cluster of hands tapping on the windscreen of Jackman’s jeep as he tries to sleep outside amidst a sandstorm to one scene where Jackman sees a demonic reflection of himself in a mirror, which is reflected into infinity in the mirror behind, and then raises a gun against his forehead and tiny flashes are shown in the far distance, which as they come closer reveal themselves to be gunshots of each of the reflections shooting themselves in the head. 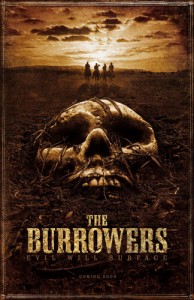 1879 and beyond the fringes of civilization a handful of settlements have built up while exploring the unknown territories. One night, under cover of darkness a family from one of these settlements is brutally dragged into darkness by a group of unknown invaders. The kidnappers are thought to be hostile Native Americans, and a posse forms to bring the family back home safely. The frightening truth they discover in the hills leads them to believe man may not be the only hunter stalking the Old West.

Writer/director J.T. Petty’s The Burrowers has one cowboy boot planted firmly in both the Western and Horror genres, it’s a rare combination and even rarer still it’s works far better than you would expect. Featuring genre veteran Clancy Brown in a rare good guy role, excellent cinematography courtesy of Phil Marmet and the creature FX courtesy of Robert Hall’s Almost Human, Inc are reassuringly old school.

With Clancy Brown, William Mapother, Doug Hutchison, Sean Patrick Thomas and Karl Geary, Petty has a believable cast benefiting from a better than you would think script. With Hutchinson and Brown fighting for standout performance with Hutchinson’s sneeringly heartless Henry Victor and Brown’s weathered John Clay being far more than the archetypes they could have been. 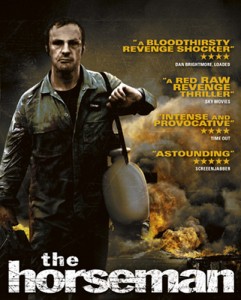 Christian (Peter Marshall) has just been informed his daughter has been found dead with a cocktail of drugs in her system and signs of sexual trauma. Whilst lost in his grieving, a video anonymously arrives starring his daughter clearly under the influence of something and several men. Fuelled by a burning rage, he sets out to discover who’s behind his daughters death leaving a trail of blood, broken bones and carnage in his wake. Along the way he meets Alice (Caroline Marohasy) a young runaway not unlike his daughter and a fragile friendship begins to grow.

While the cast as a whole do a good job, it’s undoubtedly Peter Marshall that steals the show with a blisteringly intense performance which finds him literally frothing at the mouth in one scene. As well as some of the worst violence and retribution occurring off-screen – another of the films best assets is it’s undeniable grounding in reality. Christian isn’t some beefed up Tyler Durden alpha male figure but rather just a regular loving father pushed beyond breaking point. This realism runs through proceedings particularly in several brutal confrontations, with Christian utilising the advantage of surprise to brutal effect. Never more so than in the film’s opening scene featuring a point of view perspective of an anonymous man opening a door and saying “hi” only to be met by a crowbar in the face as a feral Christian demands answers whilst smashing up his home before a flashback reveals the source of his rage.

The proliferation of a vast swathe of films of varying, but mostly inferior quality, depicting torture and suffering in recent years has lead to a desensitised audience and robbed violence of it’s ability to shock. The Horseman snaps the viewer out of their jaded ‘seen it all haze’ with the explosive force of a nailbomb and is shot through with a disturbing moral ambiguity.

Andy Haigh started writing to counteract the brain atrophying effects of Retail Hell, now it's an addiction. Andy is an unrepentant sequential art absorbist and comics are one of his passions. Other interests include Film, Music, Science Fiction and Horror novels and quality TV like Game of Thrones. He can talk about these at great length if only someone would listen. He lives a somewhat hermit like life in The Shire, spends too much time on social media and is still waiting to go on an adventure.
You might also like
breakingCinemaCult Cinema