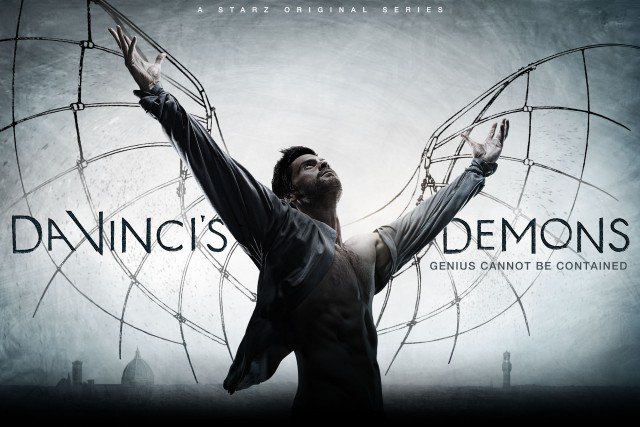 I’d apologize for my excitement, but I really see no reason to do so. The Starz show, which takes a look at Leonardo Da Vinci’s life and work, takes leave of historical accuracy, at least partially, yet it has kept both history buffs and lovers of good television entertained for two consecutive seasons. With a stellar cast (Tom Riley, Elliot Cowan, Alexander Siddig, Laura Haddock, Eros Vlahos, Lara Pulver and Blake Ritson – to name a few ) and an interesting storyline, which combines historical events with myths and fantasy, Da Vinci’s Demons seems to be here to stay, hopefully for a few more seasons.

Tom Riley plays a very different Da Vinci from the one we’re usually accustomed to, either from literature, other films/series or even self-portraits of the man. His approach to the character, as well as the added quirky tics, an antagonistic relationship with authority figures and a whole lot of heart (not to mention suffering) made him a fan favourite, so I can’t say I’m anything but pleased to hear the news. With the sleuth of shows getting axed recently, hearing that at least one series that I like has survived made my day.

Take a look at the trailer for season two, which takes us from Renassaince Florence to the New World, and if you haven’t watched the show yet, get to it. You won’t regret it.