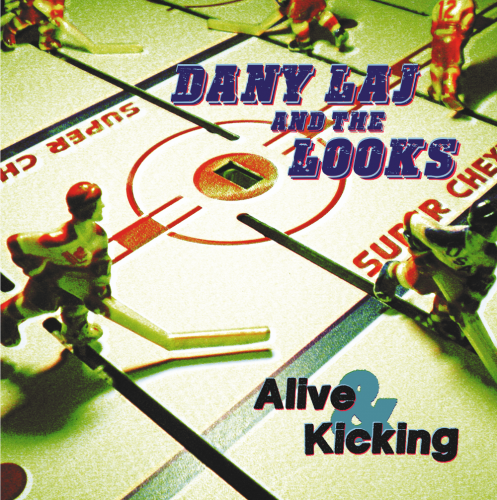 Like discovering new music? Like supporting upcoming bands and record labels? Get ready then, because Alive & Kicking, the upcoming release from Montreal-based Dany Laj and the Looks is set to release on February 17th.

Combining power-pop with garage and 1970’s/80’s dirty punk sound, Dany Laj and the Looks continue their rise on both the independent Canadian and US music scenes with their new album, the fourth in their catalog. Previously, the Looks released The Match (2010), Telepathic Voices (2012) and most recently Word on the Street (2016), the focus of last year’s very successful North American tour. Alive & Kicking looks to follow on that success with a new tour this year.

For those unfamiliar, Laj, born and bred in a small rural town about 8 hours outside of Toronto, ON, is now seeing success with the Looks after many years toiling on the independent music scene in Canada, taking any gigs available in order to perfect his vision for the right sound and gain that oh-so-valuable exposure that all bands need to survive. Now, Laj’s heartfelt songs and lyrics about a small-town kid making his way across the Great North finding love, touring the land and breakdowns (of the automotive kind) combine with a hot power-pop sound, a great sense of humour and catchy tunes to make for a great musical package that anyone can enjoy. 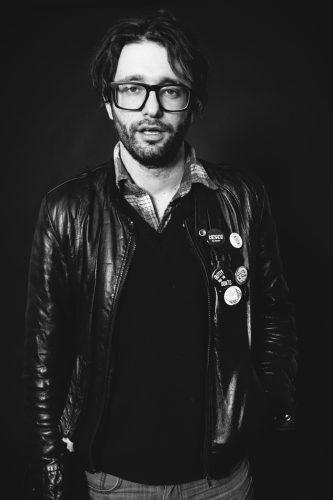 Currently, the tour looks to take place from February to April, with more dates and cities being added all the time. The album will be released the week before the tour begins, and in the meantime, pre-orders are available. You can now order the album on CD or 12″ vinyl (which will be released late spring), and each purchase includes a streaming option as well as a full digital download, so you can take the sweet sounds of the Looks with you, no matter where you go. At less than $11.00 USD for either option (and that’s including shipping), you are looking at a great deal for some fantastic music. As an added bonus, you can also order their single “The Sweet Pretender”, exclusively on 7″ vinyl. Finally, with the pre-order, you will get early access to four full tracks from the album, available for download right away.

The band is currently taking orders on their official official Bandcamp page, where you can also download their entire library. Currently, The Match is available for free and Telepathic Voices is available with a “name-your-price” option, giving you a great chance to sample their sounds if you’re still unsure. And if you like what you hear, pick up Word on the Street for a great price while you’re at it.

Dany Laj and the Looks are:

Drums & bass recorded by Paul Cargnello (May 2016)
The rest recorded by Dany Laj at Secret Passage Studios (June-November 2016)
Produced and mixed by Dany Laj
Mastered by Ryan Battistuzzi
Special thanks to Michael Bégin
© All songs by Dany Laj (SOCAN/ASCAP 2016)
Cover art, layout, and front photo by Jeanette Dowling
© 2017 Some Call It Pop Records, all rights reserved

I am straight edge and a freelance writer currently working for several sites. I also do personal training. Currently, you can see my weekly WWE Smackdown recaps on CamelClutchBlog.com, video game reviews on BurningAngel.com (warning: although I only write game reviews there, it is an adult entertainment site) and mostly wrestling-related stuff on Man Cave Daily (mancave.cbslocal.com).
You might also like
musicpress release