previous
Kick Start This! - Nursery Rhymes for little geeks from SurReal Mother Geek
random
next
Quicksilver joins the cast of X-Men: Days of Future Past!

With the final series kicking off next month, here’s a look back at the show about everybody’s favourite serial killer, it’s controversy and the possibility of Dexter‘s demise. 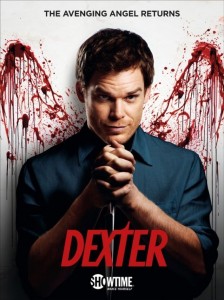 On 30th June it’s the beginning of the end for all of you Dexter fans out there. That’s right, season eight will be kicking off next month and it’s going to be the last leg for our beloved anti-hero. With the nature of the show it’s inevitable that it had to end at some point, and to be perfectly honest it’s surprising how many series we’ve got out of our deeply disturbed Dexter. I’m going to take a look back at the series, both on screen and the original novels, as well as offering a glimpse of what might be in store for everybody’s favourite serial killer next month.

I’ve always been a huge fan of the show and really do think there’s just nothing else quite like it. Dexter Morgan is the modern superhero, stripped of any powers or status and portrayed as a troubled and disturbed vigilante. Forget Batman, Dexter is the ultimate dark knight, with his ‘dark passenger’. Miami forensics expert by day and ‘bay harbour butcher’ by night, he’s quite the complex character. Fans of Jeff Lindsay’s books on which the show is based will agree that the show has strayed very far from the text, although, arguably for the better. Dexter and Deborah’s relationship in the books always unsettled me slightly, even from the outset in Darkly Dreaming Dexter. Yes, the last series from Showtime certainly upped the game in the a-little-more-than-sisterly-love area, but I found their relationship difficult to grasp in the books.

The TV series always presented a more awkward relationship between Deb, who wants to stick by her brother no matter what and Dexter, seemingly incapable of feeling or even understanding human emotion. However, the tension has always been there between the siblings in the show, no doubt aided by the fact that Michael C. Hall and Jennifer Carpenter were married for a brief period during the show. It’s an interesting story actually, starting off with the couple beginning dating in 2007 and eloping on New Year’s Eve the following year. However, the marriage didn’t last and the couple separated back in 2011. Well, that must have been awkward. Especially during those steamy moments Deb experienced last series… 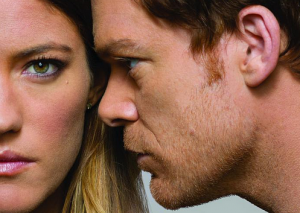 The Controversy of a Killer

Despite how charming Michael C.Hall might be at times, Dexter’s status as a serial killer who kills the bad guys has always been extremely controversial. As an audience, we readers and viewers are encouraged to route for Dexter’s success. We don’t want him to get caught and we want him to keep strapping murderers to his table and claim revenge on behalf of their victims, which creates a problematic scenario.

Despite him being a ‘good guy’ and the series protagonist, Dexter is ultimately a killer. Back in the early days of cinema, even as late as the 1930s, you simply couldn’t get a film released in the US if it glorified a bad guy. Gangsters, thieves and murderers had to get their just desserts, or a film wouldn’t even pass certification. Now, in 2013, this sort of thing is still an issue in modern cinema and television.

The Parents Television Council in the USA strongly protested the show being aired when it was first released, and it has had connections with actual crimes, rather memorably in the case of Mark Twitchell in 2011. Twitchell was an aspiring filmmaker who adopted the persona of Dexter Morgan on Facebook and later in real life, and was convicted of first degree murder. There have also been other cases where individuals have commented that they feel like Dexter, claiming to be inspired to commit crimes by his character.

A Look Back At Our Dark Passenger

WARNING, if you’ve not seen all of the series, now is the time to leave this place and avoid the fiendish creatures that are SPOILERS.

Like all shows, Dexter experienced both highs and lows. The first series was phenomenal, it was like nothing else on TV and in my eyes perfectly captured Jeff Lindsay’s work. We were introduced to Dexter and his ‘dark passenger’, uneasy about his character for a while and then warming to him as the show developed. Despite Lila pissing me off to no end in series two, the war between Dexter and Doakes made for great watching. 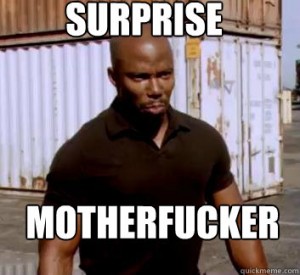 Series three definitely sagged for me and I found Miguel to be a disappointing enemy, but things well and truly picked up on the introduction of the Trinity Killer in series four. Perhaps my favourite series, Trinity was a fabulous villain and John Lithgow played him perfectly. I can never get his performance out of my mind when I see him elsewhere, and even on his cameos in How I Met Your Mother I found the man terrifying. Rita’s death was so unexpected with the show being in it’s forth year and that moment when Dexter found her in the bathtub with little Harrison sitting on the floor was just horrifying. Extremely well done, but horrible all the same.

Then we had series five, the less said about that the better. Lumen was just an awful character and her involvement in the series made Rita’s recent death seem less emotional and arguably made the moment lose it’s edge. Luckily, the show picked up again in series five with the Doomsday Killer, another great villain and this was definitely a series with a twist. Dexter continued to thrive through to the most recent series following on from the cliffhanger in which Deb sees Dex kill Doomsday.

The Beginning of the End 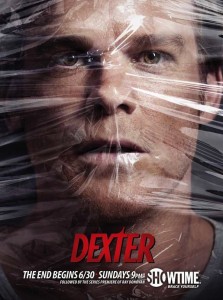 That brings us to series seven, the beginning of Dexter’s demise. With Deb finding out about Dexter’s dark passenger and LaGuerta later becoming involved, leading to her death in the finale. So, what can we expect from series eight? In my opinion, Dexter has to die, his life as a rather unassuming blood spatter analyst is falling to pieces. Doakes was onto him, then we’ve had Lila, Lumen and Hannah got involved. Deb found out her brother’s dark secret and then LaGuerta got involved which saw her, like many of the others, meet her demise.

So, I see three options for Dexter. He, Deb and Harrison leave Miami and start a new life somewhere, he gets caught and goes to prison, or Dexter dies. I can’t see him running away, surely if he started a new life somewhere is dark passenger would simply take over and if Dex went to prison, the inability to feed his hunger would surely send him insane. Both of these paths also leave the series open, and with it being confirmed that this is definitely the last series, I can’t see that happening. So, does Dexter die?

I really don’t know what’s going to happen, but it’s the scenario that makes the most sense and the tagline ‘The End Begins’ seems to suggest Dexter’s demise. I’d rather the show keep going, but arguably it’s time it ended. For now, let’s take a look at the trailer for series eight which hits the US next month, and prepare to say goodbye to our dearly departing Dexter.

I'm an aspiring film journalist living in Chester. Into all kinds of geekery from N64 to Xbox, graphic novels, cosplay anime and more. I have an unhealthy obsession with Pokémon and the Legend of Zelda series. So much so that I have two Zelda tattoos and various Pokémon lurking all over my house. In my spare time when I'm not busy being a real person and working, I'm writing or making retro games jewellery. I'm also obsessed with pandas. They're fabulous.
You might also like
breakingdextermichael c.hall