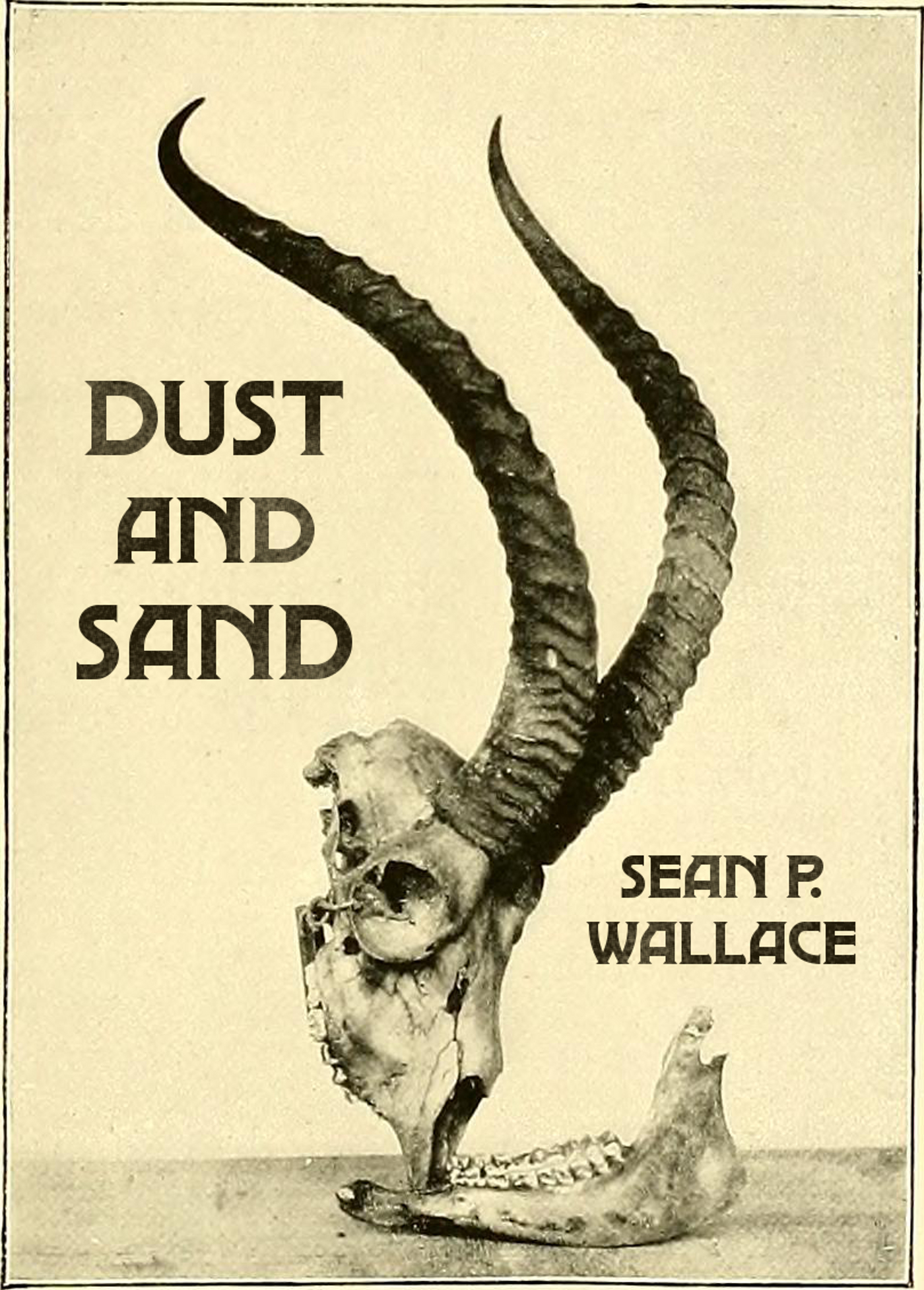 Want to know what happened in Dust and Sand without having to read it? Then here you go…

Dust and Sand takes place in a Wild West where twisted creatures are abroad and cults which support them terrorise the land.

Hard-bitten former Texas Ranger DUST is used to fighting the Lovecraftian gods of the Triangle. When PENELOPE, a Senator’s daughter, is kidnapped during an emergency journey across the dangerous Badlands, the US government’s magical defence organisation turn to Dust for help. But ELEANOR NAISMITH, daughter of a powerful industrialist, uses her political clout to force her way onto the mission into the tainted Badlands.

SHADOWS FADE, a Native American warrior, also fights the gods with her companion wolf GODLY CLAW. She is alerted to something strange happening when she faces a creature which has built a body for itself from the soldiers who escorted Penelope.

Meanwhile, FATHER KILKENNY struggles to protect Crucifix, the town he has kept safe from bandits and demons for years. He knows where Penelope is being held, but cannot rescue her with a town to look after. And something almost as precious hidden in his church…

Dust, Eleanor and Shadows Fade cross paths and share knowledge. Shadows Fade agrees to join them in exchange for a favour. Eleanor is none too happy, but they investigate the telegraph line, finding that someone of immense power has been attacking the lines.

They head to Crucifix, their only lead, and meet Father Kilkenny. Dust realises that the Father protects a soul fragment invested with a piece of the Triangle god That Which Sins. The cult have been capturing young women and turning them into Vessels, with the aim of giving That Which Sins a physical presence in the world. And Penelope is fated to become one of them.

But Crucifix is the Father’s highest priority. Though he hates doing so, the Father forces the posse to protect Crucifix in return for Penelope’s location. When the Father throws the soul fragment in, Dust agrees.

The night does not go as planned; Eleanor freezes, leaving Dust to face dozens of creatures alone. The Dark Man ambushes them, killing Shadows Fade and taking Eleanor hostage. Dust surrenders to save her and is clasped in an artefact which suppresses his powers: he becomes a normal man.

Penelope, who has been tortured for days, finally cracks at seeing Dust captured. She is taken to an orgiastic ritual to turn her into a Vessel and voluntarily gives herself to That Which Since. And Eleanor, a worshipper of the dark gods all along, encourages her to do so.

Drained, beaten, and about to fail his mission to rescue Penelope, Dust gives up too. But then Shadows Fade rescues him, having faked her death. Together they fight through the cultists’ temple and break up the ritual to convert Penelope.

With Shadows Fade fighting for Penelope’s soul, Dust and the Dark Man face off. A great fight ensues which he just about wins. Bloodied, broken, he extracts the magic from Penelope’s soul.

Though Eleanor escapes in the melee, her failure is punished by her father: he kills her, miles away from everyone, and implicates Dust in her murder.

Dust and Penelope are left disconnected from the world, wanted as criminals and worshippers of the Triangle. They take the fragment of That Which Sins out into an uncertain world to discover what awaits them…

Has that whet your appetite? Then read Dust and Sand here at Geek Pride or find it at all good eBook stores.