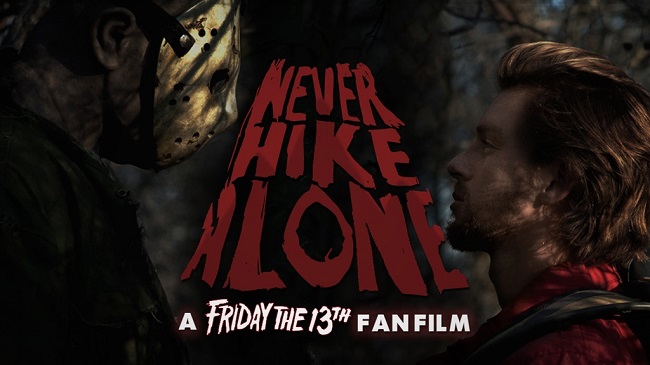 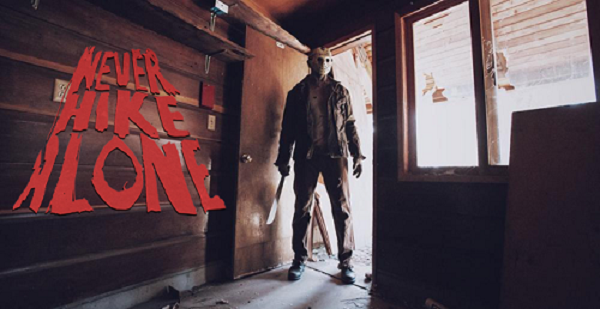 Friday The 13th is one of the biggest franchises in horror film history.

Jason Vorhees, the hockey mask wearing killer, has long been absorbed into the pop culture landscape but in terms of film the franchise has been pretty dead since a failed attempt to reboot it in 2009. Then a further attempt to revive the franchise was dropped. The franchise is essentially more dead than its infamous antagonist.

Fan, and film maker, Vincente DiSanti had some ideas for a Friday The 13th fan film.

That film, Never Hike Alone, dropped onto the internet rather fittingly on Friday The 13th October. The film stars Drew Leighty as a vlogger and hiker who unwittingly stumbles on the abandoned Camp Crystal Lake whilst on hiking trail not in his guide. To say that Never Hike Alone is the best thing to happen to Friday The 13th in years is an understatement but saying anything else will spoil it.