previous
Hail To The King, Baby! Evil Dead Series Will Star Bruce Campbell
random
next
The Hobbit: The Battle Of The Five Armies Trailer Lands
Film and TV
0 likes 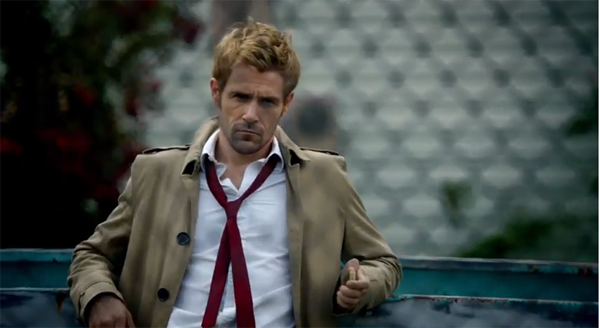 There’s been plenty of news around NBC’s upcoming Constantine with cast changes and new characters being cast, but one thing to emerge from SDCC is the new altered pilot that was screened. There are some fundamental changes that have been made, specifically with how the pilot ends. Sources say these changes include the original demonic entity and antagonist of the pilot being replaced by a dark mirror version of Matt Ryan‘s John Constantine and his conversation with Manny the Angel played by Harold Perrineau ending with a choice of whether he wants to recruit Lucy Griffiths‘ Liv or not.

The latter of these changes speaks to the departure of Griffiths from the show but the former references a demonic version of Constantine which fans of Hellblazer will recognise. Originally created by writer Paul Jenkins in the Critical Mass story arc, Constantine purged all the dark and undesirable aspects from within himself into a golem which then came to life and became a dark version of Constantine, which he then banished to Hell.

Showrunners David Goyer and Daniel Cerone also did a brief Q & A with Ceyrone stating:

“By the end of the first season, we’re going to introduce the entire Newcastle crew. All that’s happened to Constantine, it’s all ahead of him. We have a chance to introduce it all.”

Constantine is due to air in October.

Andy Haigh started writing to counteract the brain atrophying effects of Retail Hell, now it's an addiction. Andy is an unrepentant sequential art absorbist and comics are one of his passions. Other interests include Film, Music, Science Fiction and Horror novels and quality TV like Game of Thrones. He can talk about these at great length if only someone would listen. He lives a somewhat hermit like life in The Shire, spends too much time on social media and is still waiting to go on an adventure.
More Goodness
ConstantineDaniel CeroneDavid Goyer