If you’re a die hard Bill Murray fan, you may know this, otherwise if you’re a regular standing fan, it might be a pleasant surprise.

In 1984 Billy Murray played a Bus Conductor to the Moon, he starred along Zach Galligan of Gremlins fame and Dan Aykroyd cameos as his boss and it was directed by the veteran Saturday Night Live writer Tom Schiller.

Well there’s a reason you don’t, Nothing Lasts Forever, was never released. Somehow though, it’s made it’s way online and (at least for now) can be seen online in it’s full glory. 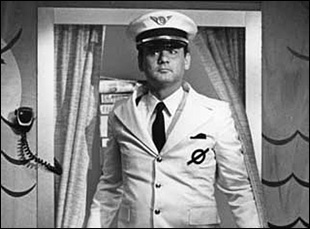 Copyright issues have plagued the production, which in part explain why it’s managed to survive online without dispute, although that may be compounded by the fact that the film contains a mish mash of other movies spliced into, which MGM have struggled to iron out the paperwork with and potentially explains why they’ve kept it under wraps for so long.

The movie has one test screening before it was canned, although it has been screened on European Cable Channels with the occasion public screening at Murray’s behest.

Nothing Lasts Forever will most likely not last forever on Youtube, right now copyright vampires are most likely sharpening their teeth to pounce. But for the time being, you can see the lost movie from everyone’s favourite Ghostbuster, green keeper and time looping reporter, ride a bus to the moon.

Enjoy the full movie (while it lasts online) below, although I should warn you, it’s a little weird…(if you hadn’t already guessed).

A retired World of Warcraft tank and sipper of the midnight coffee, James is now attached either to an Xbox or a keyboard as gaming, writing and the pursuit of all things sci-fi takes the command chair. If he's not ruining someones day in GTA Online, he can be found knee deep in his 4 year olds Lego...
More Goodness
1984billdan aykroyd