*WARNING, THIS ARTICLE CONTAINS SPOILERS FOR SEASONS 1-7 OF THE WALKING DEAD*

There is no other show like The Walking Dead that can equally entertain and annoy its loyal fan-base. With seven seasons already completed and an eighth to air this October, The Walking Dead is not going anywhere (to the annoyance of many people that I know) for a long time!

As much as I love the show, I can see why so many people get upset with the hit AMC series. Looking at what worked and what didn’t, I wanted to give you an idea of how I see each season. I am doing this list by what I think worked, the faithfulness to the source material and the quality of acting and writing on screen. 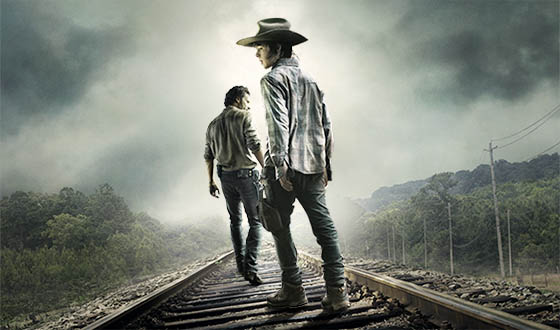 There is a very good reason why Season Four is the lowest rated; it was all over the place. Fair play to Scott Gimple, who became showrunner after the shock dismissal of Glen Mazzara, he needed to take on the plans already in motion and then go in the direction that AMC and Robert Kirkman wanted from the show (this will come up again very soon!).

While not all bad, the story does suffer from a lack of direction in the first 8 episodes. The sickness in the prison seems to carry very little weight and The Governor’s recruitment of a new crew is drawn out for TWO WHOLE EPISODES! The supporting cast are irritating and the deaths (spoiler alert) have little effect on the show EXCEPT for those in ‘The Grove’ which I still rate as one of the best episodes of the show ever!

While there are a few highlights such as The Governor storming the prison (with a bloody tank! Ok, I enjoyed that too) and the reunion of Glenn and Maggie, none of these compare to the sad deaths of Lizzie and Mika, two young girls who could not fully understand the world of the zombie apocalypse. But, there is just too many missteps and problems in terms of story and how to handle the cast. Luckily, the show has never experienced this kind of dip since. 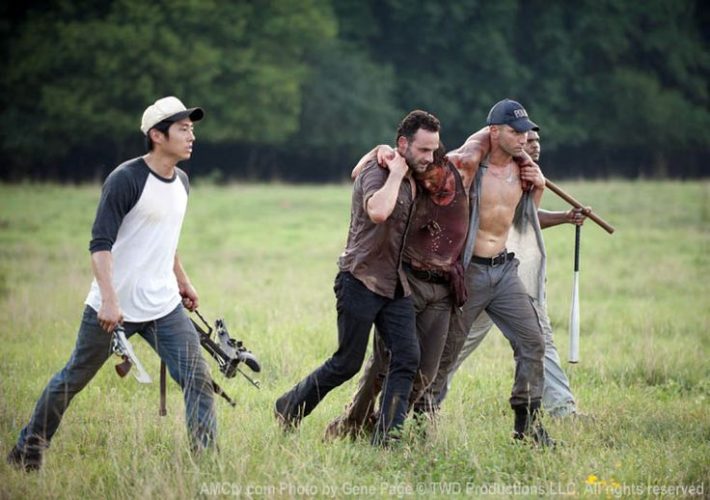 Remember how AMC and Robert Kirkman messed about with The Walking Dead Season Four? Well, here we go again. The legendary Frank Darabont was sent packing after the fantastic first season, which saw many potential stories wasted and replaced with those that were sub-par and lacking the impact of what could have been.

The main change was that Darabont had planned a flashback episode from the perspective of the guy found in the tank by Rick in the pilot episode. This would have seen Sam Witwer’s character potentially fill some gaps and set up arcs for the show. Sadly, Darabont was ejected before filming began and the show did initially suffer by going a strangely different and more drawn out route.

While the reveal of Sophia as a walker was a shocker and Shane’s evolution into antagonist was well perceived, it’s fair to say that the show was padded with plenty of filler and a waste of talent as many cast members got next to no progression with their respective arcs. Hopefully, this will be the last time we get a massive change in showrunner, unless it is thought through and mutually agreed.

Oh, there was also the shotgun that Hershel had which never run out of ammo. TV, huh? 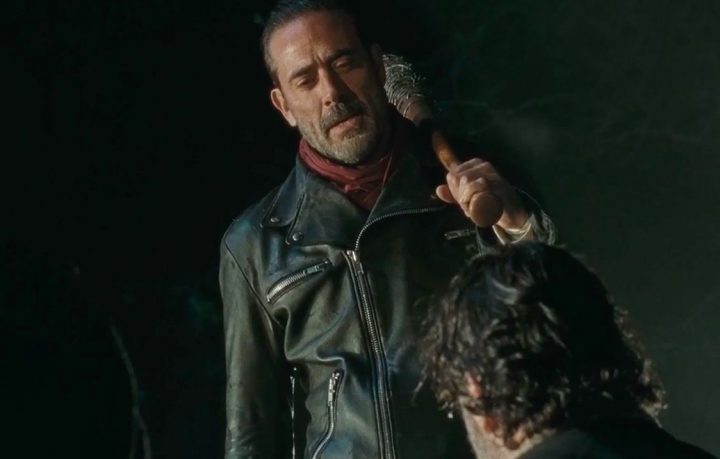 We now move on to one of the more complex runs of the show. Season Six saw a lot of change for The Walking Dead, we got a good few character deaths and some great links to the comics. There was Hilltop, The Saviors and…NEGAN!

The series opener kept jumping back and forth in time, explaining the start of a narrative that would last for half a season. This was a good chance to re-evaluate the threat of the walkers and also reintroduce Morgan to the main group. Then we also had the teases towards the villainous Saviors who cropped up throughout the season to tease their menace.

OK, this season did suffer a bit on the quality aspect. But it tried to give the whole cast something to do this series and succeeded on making most of them significant to the show. Also, it was great to see Carol take a new perspective to her life and the reveal of Negan in the closing moments made the Season Six finale the most talked about moment of the year…then we found out who was on the receiving side of “Lucille”! And a rocket launcher was used on The Saviors! 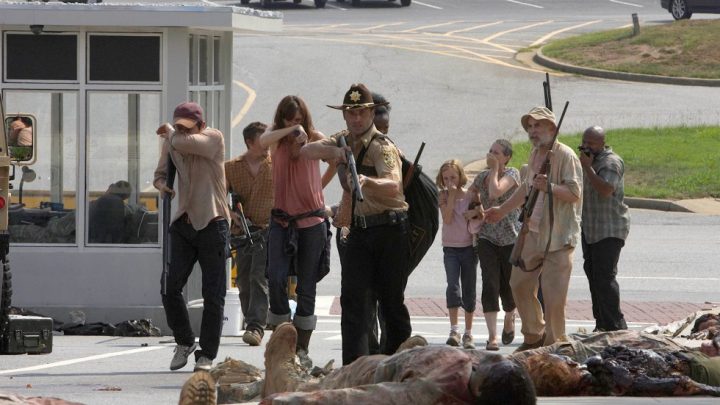 The first season of the show was only six episodes long, but this did help to cement the show as one of the most exciting programmes ever created. The story of a post-apocalyptic world infested with the living dead began with an episode that focuses the majority of its 90 minute runtime on Andrew Lincoln’s Rick Grimes.

During this first season, we establish a lot of human drama from the well-cast talent. We are introduced to Lennie James as Morgan (who later appeared and kicked arse throughout the show), Jon Bernthal as Rick’s best friend Shane (now The Punisher!), Sarah Wayne Callies as Rick’s wife Lori and the future bad-ass and show favourite Daryl Dixon, played superbly by Norman Reedus.

While the cast has changed a lot since the first episodes, we got lots of seeds planted in this season which then carried on throughout the years. Some of the biggest moments was the zombie attack on the camp and the introduction of the awesome Michael Rooker as Daryl’s racist brother Merle (and his now famous severed hand)! This show was mostly used to set up the long future to TWD and it was good enough to guarantee the show could still go strong seven years later! 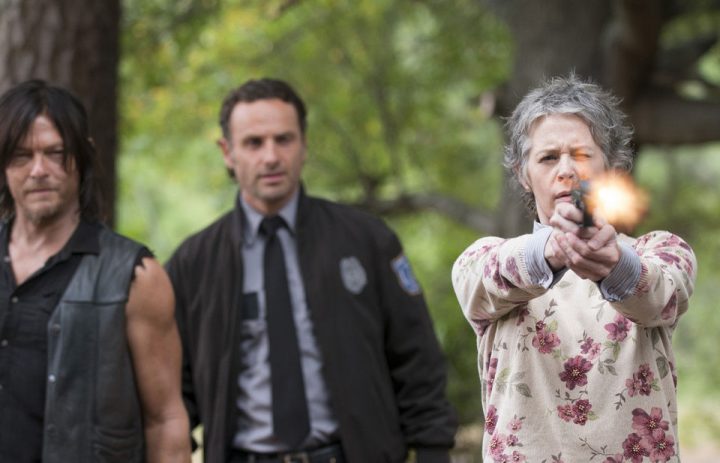 After possibly the worst season in the show’s history, The Walking Dead needed a big episode to bring itself back. After a promising cliffhanger, the gang have to find a way out of Terminus, which is led by a group of cannibals looking to make Rick and his friends intotheir next meal. Showing Carol going full Rambo, she helps break the gang out and they destroy those who tried to kill them.

Along the way, we are given resolution to many strands left open in the last season. We find out what happened to Beth (I still miss Emily Kinney, she was fantastic), finding a new home (Alexandria) and we finally find out about this secret base working on a cure for the zombie virus (let’s be honest, if I was Eugene, I would lie too just so I could be kept alive). But above all, the show felt like it was back on track, with the tease of Morgan joining the survivors being a key point too.

While the show may have had a few dips with Scott Gimple in charge, he more than proves his worth by giving us Beth’s best storyline and helping show some real emotion from Maggie and Daryl. Not to mention the quality of writing being on top form. This show marked a huge progression and makes you see how blurred the lines are of heroes and villains when Rick’s group slowly takes over Alexandria. 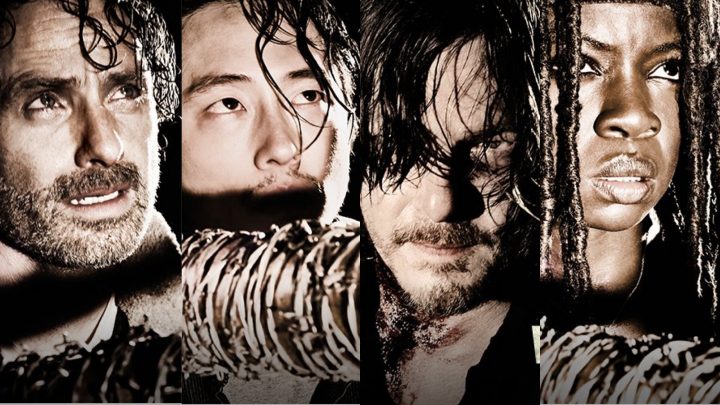 This could be a controversial choice, but I honestly believe that the recent Seventh Season was one of the strongest that has broadcast so far. I admit the show has had its problems, but the achievements earned this year have made up for any quarrels I may have had. This all begins with that damn good cliffhanger from the end of Season Six.

Starting off with the fantastic episode ‘The Day Will Come When You Won’t Be’, the show saw new bad guy Negan crush the craniums of former solider Abraham and fan favourite Glenn with his beloved Lucille! If that wasn’t enough, it also saw the first time that Rick was truly powerless, giving the group an enemy that they could not beat on their own. That was just the beginning…

With the fantastic acting of Jeffrey Dean Morgan (Negan), Alanna Masterson (Tara) and Norman Reedus (Daryl) to name a few, the show did make a nice balance of splitting time with certain characters for entire episodes to create a more manageable narrative. Plus, I will never forget ‘Easy Street’ for as long as I shall live (damn that song!) 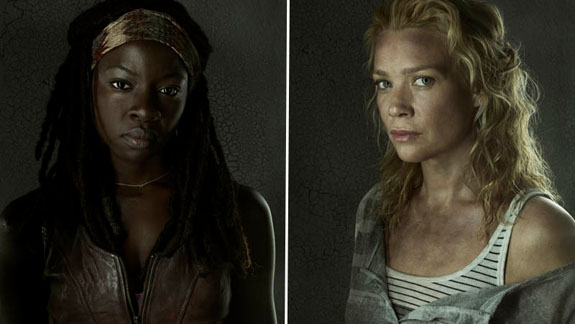 So here we are, the best season so far, but why? By this time, The Walking Dead became the most-watched show on cable in the States and of the most watched in the whole world. It also introduced some of the best characters to yet inhabit this world. It was also the first time you really felt hooked week after week wanting to know what happened next.

With Michael Rooker returning as Merle, it was amazing to see him share the screen with his brother Daryl. The exchanges they had brought a sense of tension as well as a few laughs. We also got to meet the bastard that was The Governor, played superbly by David Morrissey. Plus, how can I forget the introduction of Kitana-wielding Bad-Ass Michonne (Danai Gurira) as she stole the show! These characters would forever impact the show, with Merle becoming a good guy in the end and Michonne stabbing The Governor right in the eye!.

While some criticism can be accepted with Laurie Holden’s Andrea, I can honestly say I still enjoyed Holden when she was on screen. The show embraced both the prison setting and the community of Woodbury as a dedication to the comic book fans and iconicestablishments to those who still watch the show today. Seeing The Governor and Rick face off for their “negotiations” was incredibly tense and having Daryl and Merle forced to fight each other to the death are just a few highlights of this brilliant season. Did I mention that The Governor had a zombie for a daughter and that he kept severed heads in fish tanks? This was a real sick bastard!

The season also developed Reedus’s Daryl into the awesome and sympathetic character we know and love today (while still being a great soldier and a wizz on the crossbow), Plus, can we really forget Rick slowly succumbing to madness after the death of Lori? Andrew Lincoln really made us feel for Rick during this series and we were all fooled into thinking the phone was really working.

Did I also mention that this series probably has the most emotional deaths in the whole show? Who would have thought you would miss Merle so much?

WHAT DID YOU THINK? What is your favourite season of The Walking Dead? I would love to know. I still love this show, no matter what people think. I still believe it has a long life ahead of it and I only hope that the quality will remain consistently high for years to come!

A huge fan of Marvel and DC, a lifelong enjoyer of The Walking Dead and have played more video games than I could possibly ever count. A night out to the cinema or a trip to a concert is where I am in my element.
More Goodness
20102017AMC