Fails of Sequels Past – Warnings for Deadpool 2

I’m assuming that we’ve all seen Deadpool by now. We have, haven’t we? Right? Right?!

I’m also assuming that we all stayed to watch the after-credits scene for Deadpool? We did, didn’t we? Right? Right?!

Yes, of course we have.

Anyway, in said after-credits scene, it was revealed that Deadpool (both the character, and by extension the film-making enterprise that surrounded the movie) expects a sequel. Given that the film was Fox’s strongest opening weekend since Revenge of the Sith, it is all but a given that a sequel will be coming. With this in mind, I’d like to review some lessons that Deadpool 2 can learn from other comedy sequels that, well, flopped like a dying fish on a damp boat’s deck.

The Hangover is quite a good film. Probably one of the funnier ones I’ve seen at the cinema. Daft, asinine, sure, but great nonetheless. An R-rated comedy with famous actors who’d been left out in the wild for a little while that ended up earning serious money at the box office, it was bound to get a sequel.

The Hangover 2, on the other hand, is terrible. Just awful. They took the same premise and plot points from the first film and just moved the location. The characters hadn’t progressed, the comedy remained the same, and it tanked hard.

Producers keen to capture the same magic of a runaway success often believe that repeating the same formula will get the same results, forgetting that what really made the first effort so successful was the spirit under which it was done. Deadpool is great because there was a real focus on getting the character and story right: it feels like a Deadpool comic book brought to life, sappy Hollywood ending aside. They must resist the urge to just remake Deadpool.

Ace Ventura was a decent enough film, but Ace Venture: When Nature Calls had a decent shot at being a better film… if it hadn’t concentrated so hard on trying to make jokes from the first film into catchphrases. I’m pretty certain ten percent of the script for the second film was copied and pasted.

Chimichangas was said enough times in the first film. Let’s not hear it again. 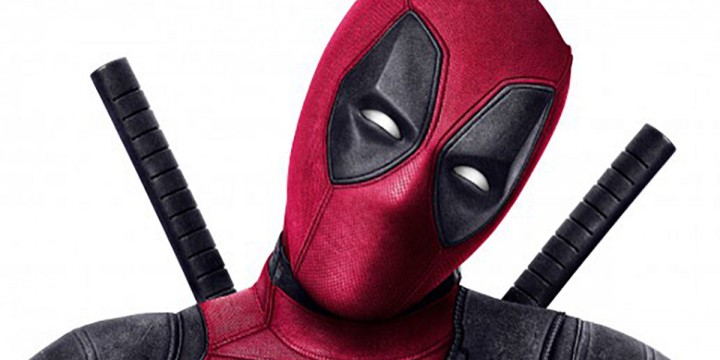 The fuck did you just say?

Try to evolve the premise

When I asked my fellow Geek Pride writers to name a good-to-great sequel to a comedy film, there were only a few examples. Granted, comedy is a purely subjective medium, but it was a struggle. This is partially because most of the great comedy films are unburdened by expectations and simply get to exist on their own merits. When a second film comes along, the original is inevitably held up as a standard, a comparison that must be beaten.

A second film must evolve beyond the first. To go to comic books for a moment, Iron Man 2 is literally just Iron Man Again. Captain America, however, is a wartime romp with an extended musical number and tells the story of the world that Captain America grew up in, whereas the sequel, Captain America: The Winter Soldier, is about Cap fitting into the modern world. The existing character is well-established, but the setting is so different that the story can go in a completely different direction, whilst still allowing a connection to the first through (hail) Hydra.

Bringing Cable in certainly suggests they’re going in the right direction, and staying true to the comics, but Deadpool’s creators must concentrate on delivering a similar but separate film in Deadpool 2.

Can anyone think of any other bad sequel examples for Deadpool 2 to be wary of? Comment below.

Sean is an editor, writer, and podcast host at Geek Pride, as well as a novelist. His self-published works can be found at all good eBook stores.
More Goodness
Ace VenturaDeadpooldeadpool 2