previous
Lessons Learned: Education through Animation
random
next
The Wolverine - One Last Stand?
Film and TV
1 like

All across the Geek Universe (Geekiverse?) Reviewers are queuing up to lay into Pixels, Adam Sandler’s live-action remake of that Futurama episode where aliens invade through the medium of Space Invaders and Pacman. 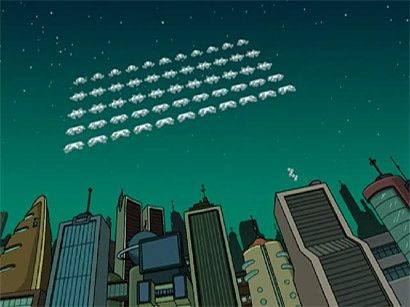 “Guys! I’ve just had an amazing, totally original idea!” – Adam Sandler, recently, Hiding a DVD behind his back.

I’ve yet to see the film, and probably won’t bother, but the consensus amongst those who have seems to be that while the effects look good, the end result is kind of childish, mean-spirited and more than a little backward where gender representation is concerned. Plus it has Adam Sandler in it.

Doubtless it’ll make a fair lump at the box office though, as nostalgia is big bucks these days, and the sight of Pacman chomping through New York will perhaps draw in some of the Wreck-it Ralph audience, at least that’s the plan.

This method of cashing in on geek culture troubles me, as I’m sure it does many of you. This is the “The Big Bang Theory” model of cultural appropriation, which seems to thrive on mentioning as many broadly memorable moments from (in the case of Pixels) 80’s video games as possible without any true comprehension of, or respect for, the source material, while simultaneously mocking enthusiasts of said material for a cheap laugh (the main characters of Pixels are all manchildren, living in their mother’s basement and so on), ignoring the fact that for a long time now, all this stuff has been firmly in the mainstream, enjoyed by people of all ages and backgrounds. 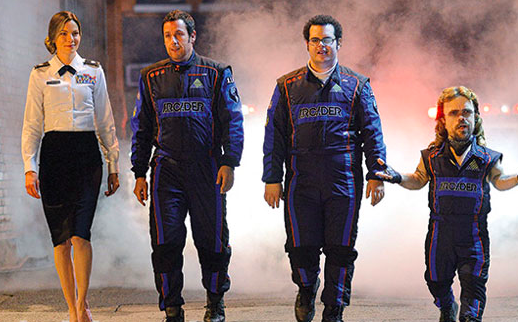 How do the racing suits help with being eaten by Pacman? One of many questions I am happy to leave unanswered.

I could be wrong, as I say I haven’t seen the film, but all signs point to the kind of lazy borderline offensive effort I have described, and Sandler’s prior form with his last dozen movies would seem to point to a pattern. I reckon I’m better off saving my money and giving it to a film which will reference and celebrate the culture I love with a great deal more affection, knowledge and respect.

That film is Ready Player One.

Based on Ernest Cline’s 2011 novel (which I hope most of you have at least heard of), the film rights were sold before the book was even published, and the movie version has long been in development hell, presumably due to some very knotty rights issues which would have to be ironed out (more on that later), but since Stephen Spielberg was announced as director in March, things seem to be finally moving apace, and I reckon, if even half the things in the book make it onto the screen, we have the makings of one of the best Geek-friendly movies of all time. 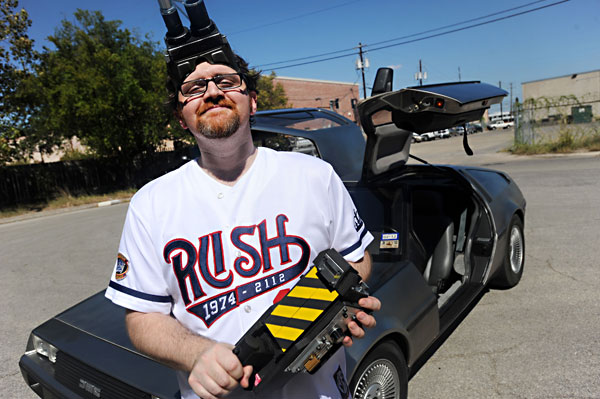 Ernest Cline, popping out to the shops.

With mild spoilers, let me explain,

Virtual reality plays a massive part in the story, The reverse-matrix dynamic of characters fleeing the dystopian future of the mid 21st century into the 80’s inspired, video game utopia of The Oasis, is compelling to say the least. The Oasis is crammed with cities and planets based on  pretty much any book or TV show or film or video game you ever loved, and then makes the player the hero of it all . It makes for a great story, but more than that, I wish it was real, I want it for myself (I am now dubbing this feeling, ‘The Jurassic World Effect’). 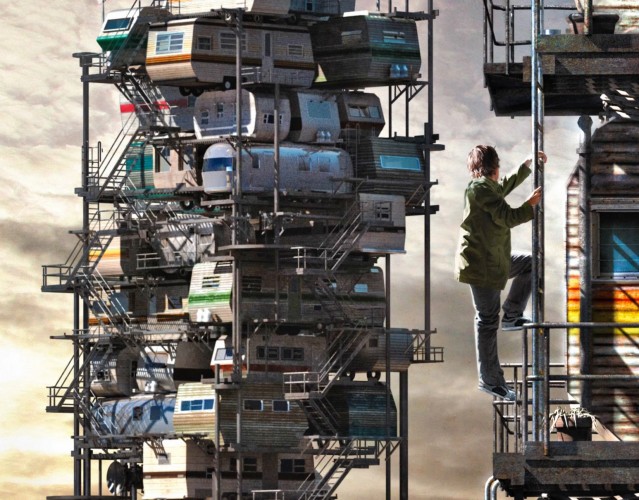 Trailerscrapers, where everybody lives in the ‘real world’ of RPO.

The bare bones of the plot consists of fairly simple, heroes quest stuff, but these days I’m of the opinion that a simple plot, well told is far superior to the lengthy exposition of and needless convolutions of most summer movies.

The characters are decent, compelling everymen who develop naturally over the course of the tale, with the added level of meeting most of them via they’re in-game avatar, then having the real world equivalent revealed later, with much of the baggage you might expect from that. Also, women are very much allowed to be avid gamers in this story, unlike the aforementioned Pixels.

Then there’s the references, oh god, the references. From old Atari Games like Adventure, all the way up to Star Wars, via Back to the Future, John Hughes films, Monty Python, Dungeons & Dragons, it goes on forever, and while some of the name dropping is not essential, other, utterly brilliant and crucial sections of the story revolve around them. For example, the story’s protagonist has a Firefly class transport named The Vonnegut, piloted by Max Headroom. Take my money.

Look at this damn picture! That busted robot on the bottom. That’s the giant robot from the 70’s, Japanese, Spider-man TV show. Enough said. 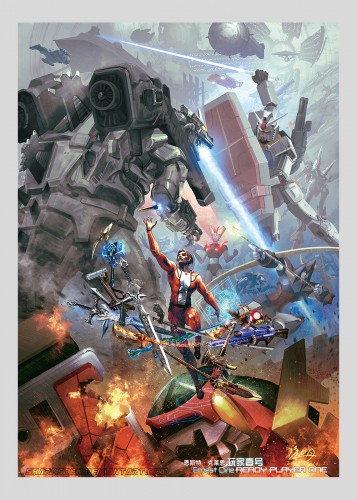 The rights negotiations for all this stuff are arguably what’s held up production, as they are so central to the appeal of the book, and without it you’ve essentially got Spy Kids 3.
Stephen Spielberg has said in interviews that the film will be true to the book, what that means with regards to the rights is open to debate, but what it hopefully means is that The Lego Movie has pointed the way towards an awesome, Roger Rabbit style crossover extravaganza. Which, for me, will deliver perhaps the greatest geek movie of all time.

Pixels is out now, for those lunatics out there who like to see a film before judging it. Ready Player One is in production and the release date is TBC, Ernest Cline’s new book Armada is also out now.