Has Dwayne Johnson revealed the DC hero he is set to play? 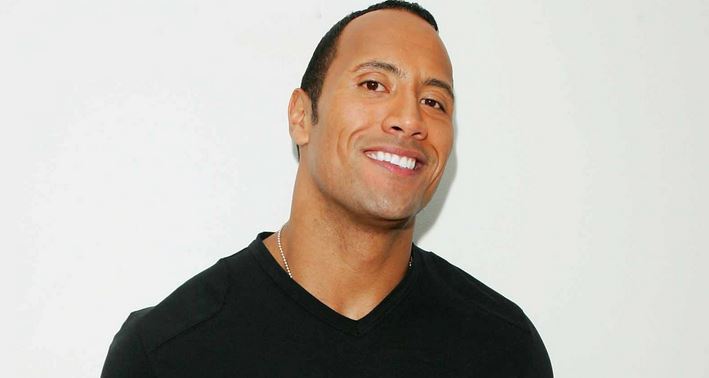 Dwayne ‘The Rock’ Johnson has waxed lyrical about wanting to play a DC character for sometime now, resulting in a whirlwind of rumours to spread across the internet, speculating just which character he could portray. A few suggestions included Lobo, Green Lantern, Cyborg, Black Adam, Darkseid, I even read one article naming him as Lex Luthor. A couple have since been ruled out, but where does that leave us?

In an interview with Total Film Johnson confirms that we are to expect an announcement soon…probably at San-Diego Comic Con. He goes on to say that he has been talking to DC for years trying to figure out the best fit for what he can bring and that it definitely isn’t Green Lantern. “He was a character I wanted to play, but there was already a version of Green Lantern…” (wait, does that mean we’ll be seeing Ryan Reynolds’ Green Lantern again?) What he does confirm is the character has the power of Superman and, after a little deliberation, his final clue is this “Just say the word”

That word has got to be SHAZAM! who, up until the new 52, was named Captain Marvel. It fits the clues perfectly plus last month a list of upcoming Warner Bros. films leaked stating SHAZAM! for release in 2016. For those who might not know Captain Marvel is Billy Baston, a young boy who is granted the power to transform into a grown man with superman like powers. He does this by saying just one word SHAZAM!

The interview in full is below for your perusal and just a little reminder that none of this has been confirmed by the Warner Bros./DC camp, so keep your eyes peeled for the official announcement.

Editor and occasional writer for Geek Pride! I prefer Star Trek over Star Wars, collect comics and wish I could be a superhero one day. I tabletop RPG as well as a little gaming, design the odd t-shirt now and again, update my Geek Parenting Tumblr and when I have cash to spend (which is rare) I scour the internet for Wonder Woman collectables. Also Doctor Who and Firefly rock!!
More Goodness
DC comicsDwayne Johnsonnews