previous
Bond is Back in Action: New SPECTRE Trailer Released
random
next
Forget Pixels, Save Your Money For Ready Player One
Film and TV
0 likes

Saturday morning cartoons, for me, meant that high adventure and action awaited, the weekend visits from the likes of He-Man, Lion O, Inspector Gadget and my all-time favorite M.A.S.K made the school week bearable. Theme music that made you giddy and opening sequences that left you wanting more but more importantly, though unknown to me then, every episode had a lesson at the end. Gone from the cartoons and shows of this generation, children seem to absorb the animation of this decade without learning a thing. As a geeky parent I decided to stop the madness and introduce the action, excitement and in some ways the education. So sit back, grab your popcorn, summon your monsters, scan your files because we’re about to show man and machine, POWER EXTREME!!

Let’s start with the catchiest of the group. To this day, I still believe these 2 cartoon theme songs can get an entire room filled with people to start singing, a theory I will hopefully put into practice one day. Duck Tales and Gummi Bears were Disney’s crowning glory in the late 80’s and early 90’s, I can still remember the frustration in trying to make gummi berry juice. Unbeknownst to me though, these two magical series had lessons in them every episode and its only now, looking back and watching them with my children, that I have caught on. Those all important lessons are: “Family is everything and will always help you out” (Gummi Bears) and “Save your pennyies, live every day to the fullest” (Duck Tales). 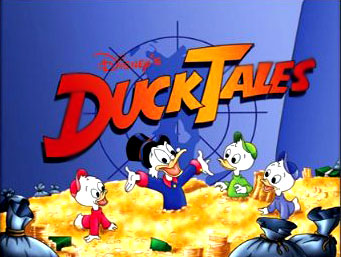 Onto the more hard hitting lessons learned. Now I’m going to drop a name, it’s a big name and don’t feel uncomfortable about it as he is the most powerful man in the universe. He-Man ( you ok, you alright….told you it was a big name) and the Masters of the Universe had a recap after every episode and then a lesson to be learned, usually delivered by He-Man or Man at Arms with a cheeky little wink at the end. My son, who watches He-Man nearly every day, has really taken those lessons to heart. I mean, who would argue with He-Man? The other big name comes from an inspector, an inspector so fearless that grown men cower at the sound of his voice, loved by his niece and Captain, despised by all in a PHD profession. Who is he you ask? Inspector Gadget! 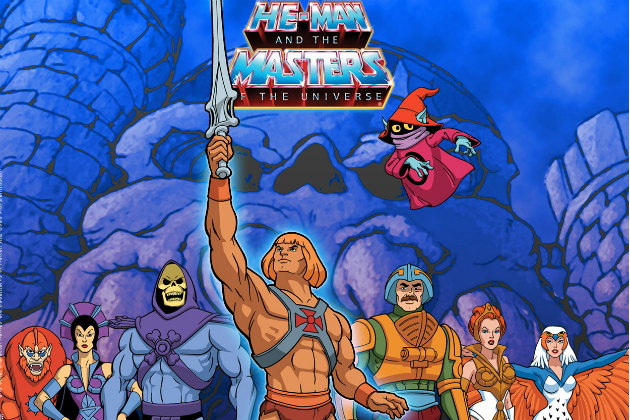 Ok ok fearless maybe, clueless definitely but kind hearted and relentless absolutely. Always fighting for good against the evil of Dr. CLAW (see PHD), Gadget, his niece Penny and her faithful pooch Brain foiled every plan and at the end of every episode Gadget and Penny gave us a lesson or a helpful tip, sometimes even lifesaving advice. If I remember correctly, it was Inspector Gadget that taught me to call the Emergency Services if there ever was a need.

”This is the evergreen forest! Quiet, peaceful, serene!” The opening line of The Raccoons, featuring Burt Raccoon and his family and friends.  Geeks of 30 years will probably look back and say The Raccoons and the song “Run With Us” were their fondest memories. Even in the opening narrative of the show you get the lessons straight away, “luckily he has some good friends to help him out”. The show touched on environmental problems and deforestation and the lessons were mainly “look after nature” and “teamwork”.

Now, before I get to a unique group, I’ve looked over and watched some children’s cartoons and shows and so far found not one decent lesson taught to children like the animation of my yesteryears and it’s become a worry, I feel if we had a channel dedicated to classic cartoons (I know we have Boomerang but that’s mainly Hannah Barbera and Looney Toons) then we could introduce all children to the brilliance of what we experienced.  Now, that unique group!

M.A.S.K, “Mobile Armored Strike Kommand” if you’re not down with acronyms, featured Matt Trakker and his son, Scott, alongside a team of highly skilled operatives and their amazing vehicles, battling the V.E.N.O.M organization (more acronyms sorry, it stands for “Vicious Evil Network Of Mayhem”). Now, even though this came with a lesson at the end of every episode, it was the way it was delivered that sticks in the back of my mind. While the previously mentioned lessons were done by the hero in a recap kind of way, M.A.S.K did it in a subtle but strong way, a father teaching his son. Now, like with He-Man, my son is a huge fan of M.A.S.K, to the point I’ve started to buy him the classic toy line. Matter of fact, it seems he listens to Matt Trakker more than he listens to me. He’s even started to quote Trakker when “I” do something wrong. And isn’t that the kind of impact you want from a kid’s show? That’s the effect I want and would like from children’s TV. These titles are available to buy on DVD now; other titles with lessons in them include Pole Position, Ulysses 21, Jayce and the Wheeled Warriors, Centurions and Get Along Gang and can be found on Amazon or eBay.

If, like me, you’re a geeky parent and have yet to introduce your offspring to these shows? Now would be the time. More information can be found on www.RETROJUNK.com

Journalist, PR, father all round King of Geeks. "Hail to the king!"
More Goodness
boomerangcartoonsHe-Man