Straight to the point: Moonrise Kingdom is a quirky, endearing comedy-drama about the lengths that young love will go to.

Moonrise Kingdom (2012), directed by Wes Anderson, is set in the 1960s and tells the story of a pair of children who have fallen in love and decide to run away together. This decision leads to her parents and his scout group to search for them along with the police and social services. The film stars an impressive cast including Bill Murray, Edward Norton, Tilda Swinton and Bruce Willis but the main stars of the film are Jared Gilman and Kara Hayward, the pair of lovers that the film centers around.

The story is quite endearing but funny too, meaning you don’t have to be a female to enjoy the romance. The characters are  likable and you find yourself rooting for them to be together. The young scout group add an element of humour, their impossibly high treehouse for one, and they help create the feeling of uniqueness surrounding the film. It’s also enjoyable to see Edward Norton walking around in a scout uniform while Bruce Willis is dressed up as a police officer. The love between the two youngsters isn’t the only story line but the other lines don’t play such a crucial part to the film although your sympathy goes out to Bill Murray.

The cinematography through the whole film makes you feel like you’re on an adventure yourself, hiking through the hills and forests with them and the soundtrack was very fitting with many tracks from children’s choirs. The impending storm that you are warned about at the start of the film puts you on edge, feeling anxious about where the characters will be when it arrives and I, personally, found myself wondering for a great duration of the film if there was going to be a tragic ending… I shan’t tell you whether there is or not, but let you find out yourself.

Although I am a fan of this film, I find myself thinking that although it was enjoyable, it wasn’t fantastic and I expected more from such a high class cast, but I do have a feeling that this film is a grower and that after another watch I’ll probably be in love with it. Definitely worth a watch to make up your own mind. 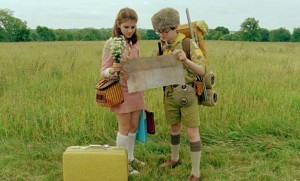 I'm a movie lover of all genres, particularly comic book films, as well as some television shows such as Community. I enjoy fiction writing and blog writing and I sometimes dabble in reviews.
More Goodness
bill murraybreakingbruce willis