As you may have guessed from the title of the article, we’ve got more pics of the Batmobile. Images have emerged from the Detroit set of Batman V Superman: Dawn Of Justice with a look at Batman’s new ride. And my oh my does it look awesome.

Obviously it pays some homage to the Tumbler of Nolan’s films. With the knowledge that this is an older and grimmer Batman, it makes sense that he’d go for something that could both take and dish out a beating and Nolan’s militaristic Tumbler certainly fit that bill. But for a closer comparison, you really need to take a look at the Batmobile we’re going to be seeing in the upcoming Batman: Arkham Knight game. 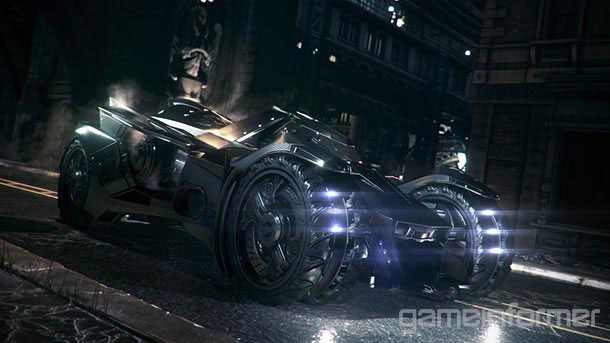 There’s definitely a resemblance there. Either way, regardless of what influences Zack Snyder and co. drew on for the design of the new car, it is undeniably epic in looks. It’s like they combined the Tumbler with a cruise missile and then invited a fighter jet to the party, you know, just because. It’s sleek and sexy and I may have just gained an understanding of that whole mechanophilia thing…Annnyyway, quickly sidestepping that disturbing thought, you can see the rest of the pictures below and see Batman V Superman: Dawn Of Justice in cinemas in March, 2016. 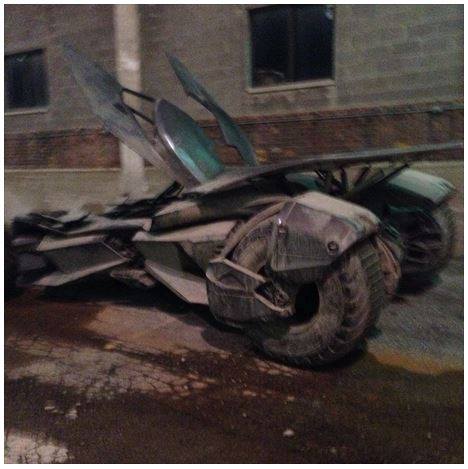 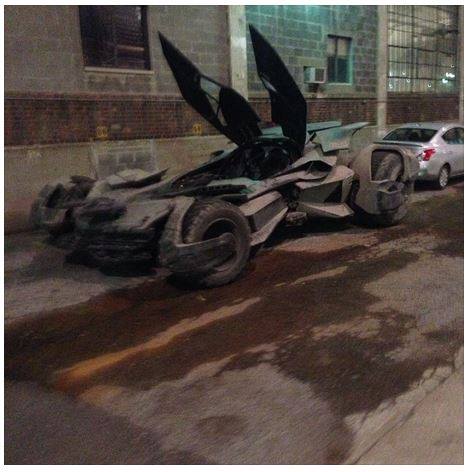 IT HAS ITS OWN BAT EARS.

UPDATE: The Batman V Superman team, in answer to the leaked pictures emerging, have now released this rather tasty, official image of the new Batmobile. 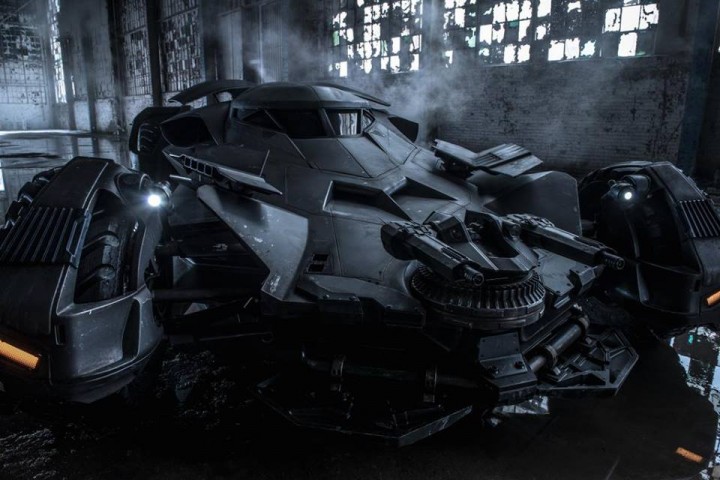