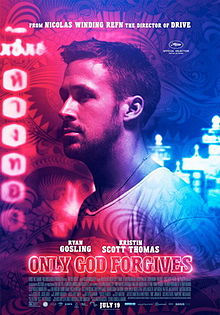 Ryan Gosling plays Julian, an American running a Thai boxing club as a front for drug smuggling. When Julian’s brother Billy is brutally murdered after killing an underage prostitute under the watchful eye of retired cop, Chang, his Mother arrives in Bangkok and urges him to seek revenge.

There is no doubt about it that Only God Forgives is a beautifully made piece of cinema. It’s visually stunning and has a superb and well thought out soundtrack. Aesthetically, it’s a masterpiece – but damn, is it messed up.

I had high hopes from Nicolas Winding Refn on this one, particularly after his most notable film from the past few years, Drive. Also starring Ryan Gosling, Drive was an arty yet powerful film with another fantastic soundtrack. When I first saw the trailer for the new collaboration, I could barely contain my excitement. The trailer was fabulous, the music atmospheric and the plot intriguing. Then the film was reportedly booed at Cannes Film Festival earlier this year for being too violent. Well, I got a little more excited then. Anything that shocks the Cannes audience is usually worthy of a watch, and I knew that it would be stylistic violence, rather than something trashy.

Well, was I in for a shock. Only God Forgives is definitely a fine piece of cinema, but I’m not quite sure if I found it at all entertaining. It was unsettling, difficult at times and I disliked all of the characters. At first I was sympathetic for Julian, someone with some serious issues who appears to have been pushed into this lifestyle by his utterly terrifying mother, played by Kristin Scott Thomas. With a bizarre relationship and incestuous undertones, the scenes between Gosling and Scott Thomas were extremely unnerving. There’s definitely no doubt about their acting ability here. 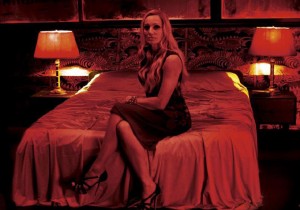 I had expected the film to be arty, but certainly not to this extent. It was difficult to differentiate scenes actually taking place from those that were purely in Julian’s mind, which I’m sure was the intended effect. Surreal and heavily stylised, Only God Forgives reminded me more of a piece of artwork rather than a film with a narrative that keeps you hooked.

I can certainly see the mixed response from the Cannes audience, but would argue with the complaints against the film’s violence. Described by Robbie Collins (The Telegraph) as a ‘pornography of violence’, I find the label a little over the top. There is definitely a recurrent theme of pornography and violence throughout the film, particularly in the lighting and colour palette. After all, Billy is murdered after killing a 16 year old prostitute, and commented in the early scenes of the film that he wanted to ‘fuck a 14 year old’. When his Mother demands revenge for his death, she says she’s ‘sure he had his reasons’ for this violent and terrible act. Saying that, it looks like she’s committed vile acts with her sons, so I’m sure her mind is just as messed up as his. 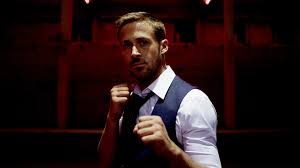 Julian’s relationship with sex in the film is something that I actually did find interesting, much more so than the plot anyway. We see scenes from his imagination as he watches an ‘entertainer’ pleasure herself for him, and we’re given some fantastic metaphorical imagery in his mind. I’d started to feel for Julian at this point in the film, but that didn’t last long, for reasons I can’t really explain without spoilers. Let’s just say he does something later in the film to a corpse that’s a little unusual. No, not that! Eurgh.

Ultimately, Only God Forgives is rather violent, but it’s nothing that Tarantino doesn’t get away with. It’s overly-stylised and in small bursts. Whilst it’s difficult to watch and at times utterly vile, it’s still handled rather tastefully compared to other films of it’s kind. If you’re a film buff or big fan of Refn like me, it’s definitely worth a watch. I’m a huge fan of cinematography and it really was a treat, despite my uneasy watching of the film. However, if you’re looking for something to entertain you or a couple of hours to drool over Ryan Gosling, it really isn’t for you. Robbie Collins’ ultimate conclusion is something that I will agree on though, it’s a ‘beautiful disaster’.

To summarize, Only God Forgives – approach with caution. Or a whiskey.

I'm an aspiring film journalist living in Chester. Into all kinds of geekery from N64 to Xbox, graphic novels, cosplay anime and more. I have an unhealthy obsession with Pokémon and the Legend of Zelda series. So much so that I have two Zelda tattoos and various Pokémon lurking all over my house. In my spare time when I'm not busy being a real person and working, I'm writing or making retro games jewellery. I'm also obsessed with pandas. They're fabulous.
More Goodness
breakingDrivekristin scott thomas