[box_dark]Written by Matt from Thread.com. Hate shopping, or can’t be bothered? Thread is a FREE, online personal shopper service. Get your invite here, and make sure you’re never in danger of looking like Tingle on a night out.[/box_dark]

Among the dozens of characters in League of Legends, there is no doubt who the most fabulously dressed champion is. Taric, the Gem Knight draws on the power of gems and crystals to aid his team mates. As such, he adorns himself with precious stones, and becomes truly, truly outrageous. His in-game joke is a reference to the theme song of the 80s cartoon ‘Jem’. 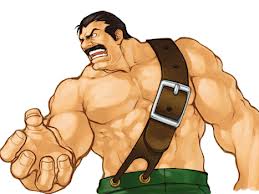 He has muscles in places where I didn’t think it was possible to have muscles, so Mike Haggar from the Final Fight series of games can be forgiven for not wearing a shirt. However, you wear your belt around your waist, not over your shoulder! It is thought that the character was based on real life wrestler Randy Savage thanks to his nickname “Macho”. 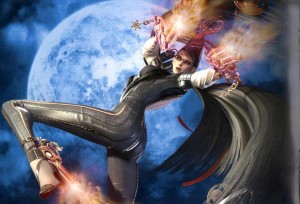 After spending 500 years in a coffin, when I emerged I wouldn’t want to be wearing a skin tight suit. Bayonetta doesn’t seem to mind though. At first glance it may seem like a normal, backless catsuit, however closer inspection will reveal that it is made out of her hair. She also inexplicably wears three belts around each arm – it seems like this particular item of clothing is a mystery to many video game characters. Some say she was modelled after Japanese pop star Angela Aki, others insist that she bears resemblance to politician Sarah Palin.

I’m not sure how he managed to become an evil villain in Final Fantasy VI while looking like that, but Kefka Palazzo certainly knows how to dress for effect. Acting as a court mage for Emperor Gestahl explains the majority of his outfit. Regardless, his jester clothes are definitely some of the most colourful and extravagant in video game history. His laugh is highly recognisable, and can be heard in some form in many other Final Fantasy games, as well as Chrono Trigger.

If you met a 35 year old man whose goal in life was to become a forest fairy, your next move would probably to call in the men in white coats. Tingle wears a green costume, along with tight red briefs and the ensemble is topped off with a broken clock around his neck. He is widely considered ugly, annoying, and the weakest part of Wind Waker by many industry critics. Poor guy.

From N.Ireland but now living in Manchester, England; Matt is the founder and CEO of Geek Pride. Interests: Photography, Music, Art, poetry, Military History, Model making and painting and of course gaming (table top and computer)
You might also like
bayonettabreakinggeek fashion