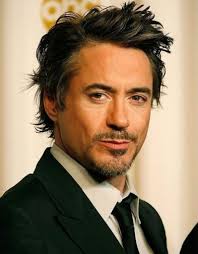 Warner Bros have just acquired a film called Cloaked, a pitch that will be scripted by Derek Connolly and the film will be produced by Robert Downey Jr. and his wife Susan Downey. According to all reports, they are keeping news about the new film very much under wraps, however it appears it will be a supernatural horror comedy film, in a similar vein of ‘An American Werewolf in London’. Though it is thought to be skewed more towards the horror than the comedy angle  ‘An American Werewolf’ turned out to be.

Those of you who don’t know about Derek Connolly, the last two films he has written are Jurassic Park and Monster Trucks, both of which are currently in production at Universal and Paramount respectively.

It is as of yet unclear whether or not the main role of the film will be played by the Iron Man star. Robert Downey Jr. is currently reprising his role of billionaire superhero Tony Stark/Iron Man in Joss Whedon’s new Avengers film, ‘The Avengers: Age of Ultron’.

As an aspiring journalist I have found a home here at geek-pride, where I can write upon many subjects. If anybody has something they believe should be reviewed or newsworthy then feel free to send me a message, I always enjoy talking to people.
More Goodness
An American Werewolf in Londonbreakingiron man