previous
Capaldi's New Costume and A Doctor That May Kick You In The Groin
random
next
Big Batman VS Superman Casting News!
Film and TV
1 like

Sundance Sneek Peek: Films to Look Forward to in 2014

With the 2014 Sundance Film Festival wrapping up, there’s been a great showcase of some of the independent titles heading the big screen later this year. So, to celebrate Sundance, I’ve chosen a selection of films featured at the festival worth watching out for in 2014. 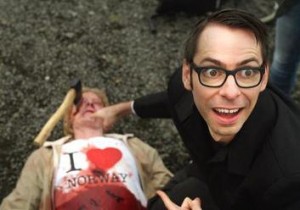 Picking up immediately where Dead Snow finished off, this sequel promises even more guts and gore combined with humorous scenarios. After watching his friends being nommed by Nazi zombies and chain-sawing his own arm off, horror and comedy ensue for Martin.

Straight in with the gore and full of plenty inventive dismemberment, Dead Snow; Red vs Dead is apparently one for the hard-core horror fans. Complete with a zombie super-arm, the trailer looks fantastic and I for one can’t wait for Tommy Wirkola’s follow-up to his unique 2007 Norwegian horror flick. Make sure you check out the trailer at the end of the article, it’s simply fabulous.

A Most Wanted Man 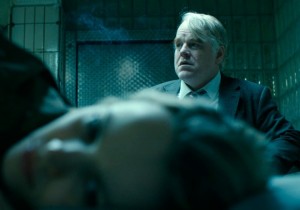 I was drawn to this film entirely because of the Director, Anton Corbijn. He’s directed over seventy music videos for acts such as Depeche Mode, Nirvana, Johnny Cash and Joy Division as well as already having directed two feature films. His 2007 film Control, based on the life of Ian Curtis and Joy Division is an all time favourite of mine. Also known for his beautiful photography, anything by Corbijn is worth checking out.

A Most Wanted Man is an adaptation of a psychological novel by John Le Carre about a German Spy, Gunther Bachmann on the hunt for a suspicious Chechen-Russian immigrant. With an apparently astounding performance from Philip Seymour Hoffman, the film critiques the war on terror and portrays corruption of those involved. 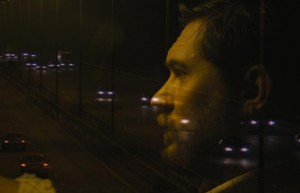 Locke is a film that caught my eye not only because of Tom Hardy, but because his character, Ivan Locke, is the only person on screen during the entire movie. Steven Knight’s Locke takes place entirely in a car, allowing for an intimate character study of it’s title character.

Ivan Locke has built himself a perfect life including his ideal career and strong relationships with his wife and sons. However, on the biggest day in his career, Locke receives a threatening phone call that could change everything.

Knight’s unusual film drew a great deal of attention at Sundance and Hardy apparently gives a superb performance. Most known for his rather action filled roles as of late, with the likes of The Dark Knight Rises and the upcoming Mad Max: Fury Road, Locke takes Hardy right out of his comfort zone. Perhaps one of the Sundance favourites most likely to get a decent cinema run due to it’s star, Steven Knight’s bold and original film is certainly one to watch out for.

There really did seem to be a great offering from this year’s Sundance Film Festival and it would take me quite some time to go through the list of what’s worth watching. So here’s a brief summary of another few films that I think are definitely worth checking out.

Wish I Was Here is the latest offering from Zach Braff after his directorial debut with Garden State back in 2004. A thirty-something in another existential crisis, this film follows Braff as a struggling father and failing actor. Funded by a Kickstarter project and also both written by and directed by Braff, Wish I was Here will be one for fans of Garden State and his recent theatrical tour with All the New People. 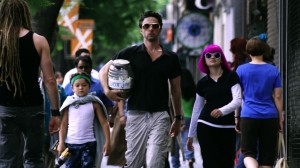 Whiplash was one of the biggest successes at Sundance and already picked up two awards there. Based on Damian Chazelle’s award winning Sundance short from 2013, the film follows 19-year-old  drummer Andrew and his dreams of being more than just a musician. This has been tipped by the festival as being one to watch out for and is said to build up throughout to an excellence climax.

Finally, White Bird in a Blizzard is another film that caught my eye, probably because of the mention of Depeche Mode in the summary. Set in the late 80s, the film is based on the novel by Laura Kasischke and tells the tale of teenager Kat. This is a coming of age drama with a difference as Kat encounters traumatic experiences with the mysterious disappearance of her Mother. Contrasting Kat’s dream world with the reality of the not so happy suburbia, White Bird in a Blizzard is definitely something I’ll look out for later this year.

I'm an aspiring film journalist living in Chester. Into all kinds of geekery from N64 to Xbox, graphic novels, cosplay anime and more. I have an unhealthy obsession with Pokémon and the Legend of Zelda series. So much so that I have two Zelda tattoos and various Pokémon lurking all over my house. In my spare time when I'm not busy being a real person and working, I'm writing or making retro games jewellery. I'm also obsessed with pandas. They're fabulous.
More Goodness
breakingspotlight